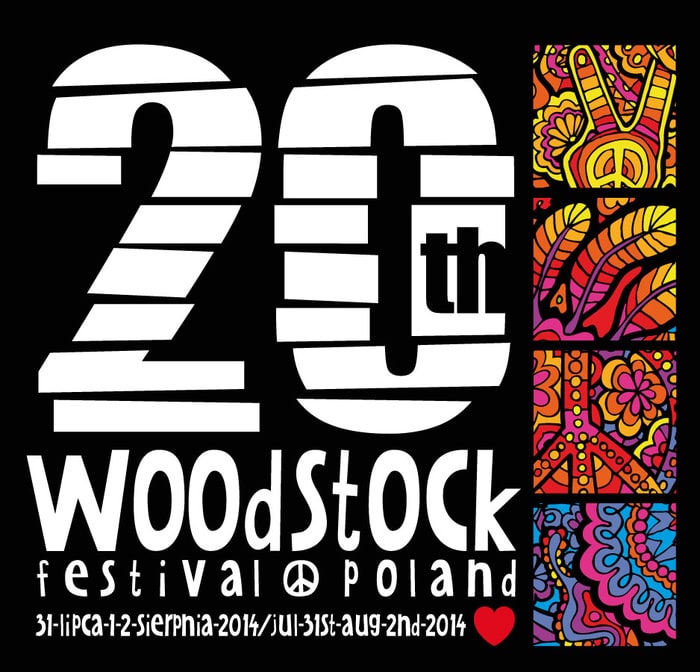 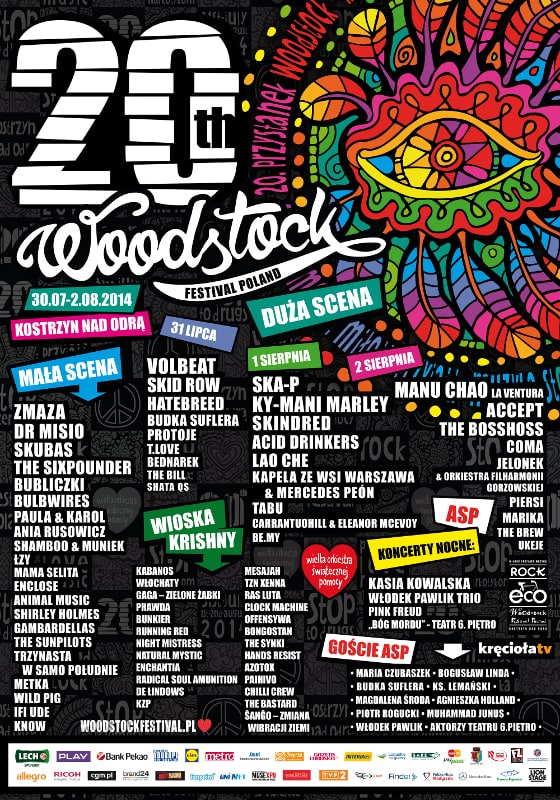 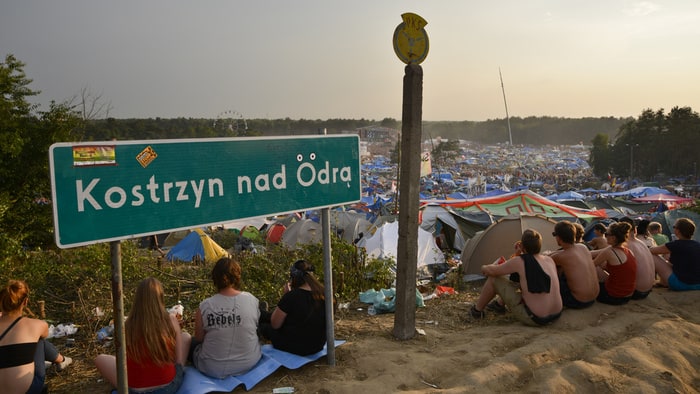 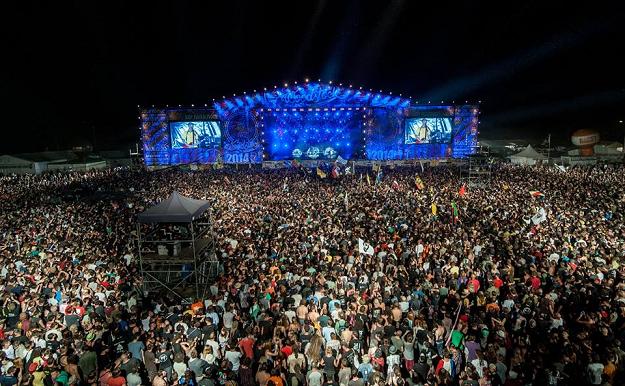 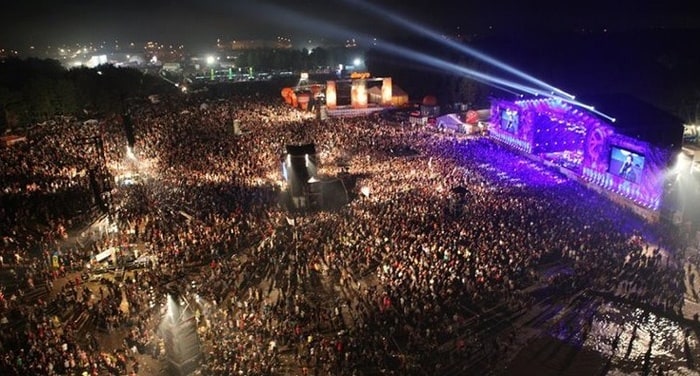 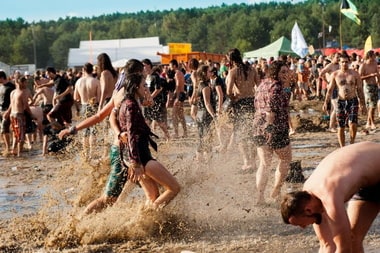 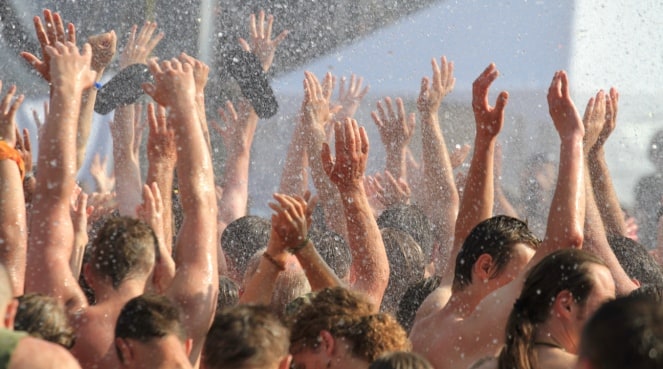 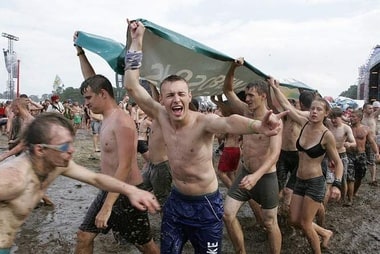 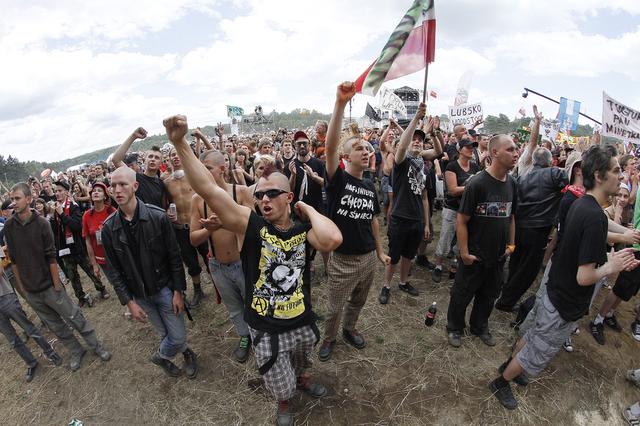 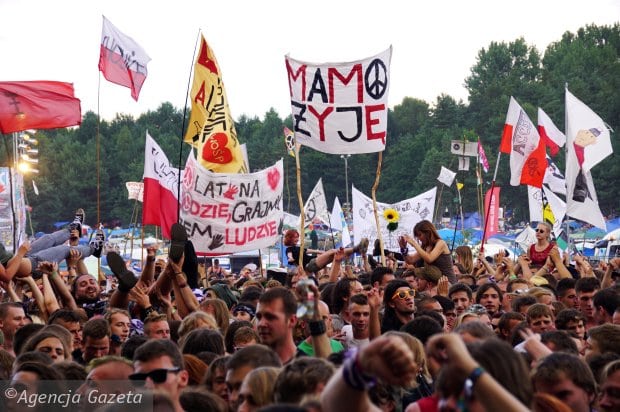 On a banner in the middle of the photo is written: "Mom, I'm alive" 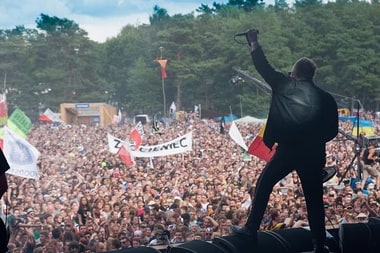 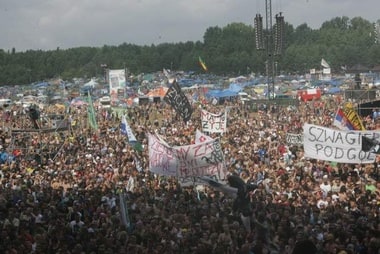 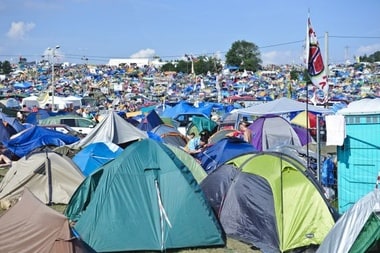 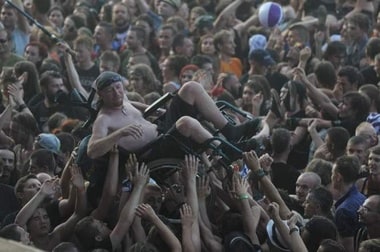 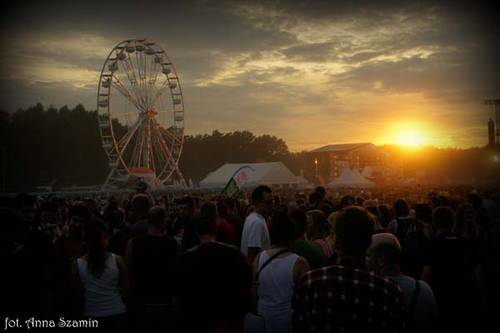 The festival's motto is "Love, Friendship, and Music". It is organized by the Great Orchestra of Christmas Charity NGO as a way of thanking its volunteers. Generally a weekend-long event, its two stages are in continuous use from early afternoon to dawn, featuring performances by around 30 bands every year. Many Polish bands have made several appearances, including IRA, Myslovitz, Dżem, Acid Drinkers and 2TM2,3. Foreign bands are also invited every year - The Stranglers, Papa Roach, The Prodigy, Guano Apes, Kontrust, Clawfinger, Nigel Kennedy, Gentleman, Korpiklaani to name but a few appearances. A battle of the bands takes place prior to the festival, and the winners are given a chance to perform. The main musical theme is generally rock, but genres represented run almost a full gamut from folk through experimental to Metal. Recent years has also seen reggae, electronic music and even classical music represented. The name Przystanek Woodstock - "Woodstock Station" refers to peace and friendship symbolized by the Woodstock Festival and the TV series Northern Exposure, aired as Przystanek Alaska (Alaska Station), immensely popular in Poland at that time.

62 votes
All about Poland (25 lists)
list by Villiana
Published 9 years, 3 months ago

♫ My favorite 2010s debuts by Villiana

♫ Poets Of The Fall - My Favorite by Villiana