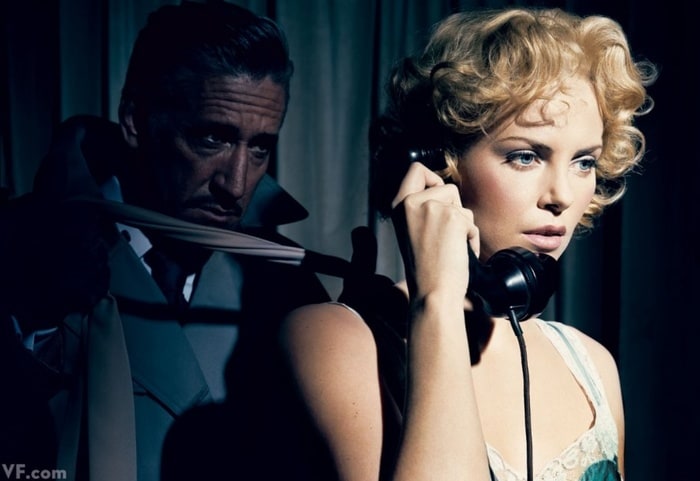 Dial M for Murder, 1954
Charlize Theron. Photograph by Norman Jean Roy.
The scene in which Charles Alexander Swann (Dawson) attempts to strangle Margot Mary Wendice (Kelly), only to be himself stabbed with a pair of scissors, caused Hitchcock great anxiety. Although the entire film was shot in just 36 days, this single scene required a full week of rehearsals and multiple takes to get the choreography and timing right. 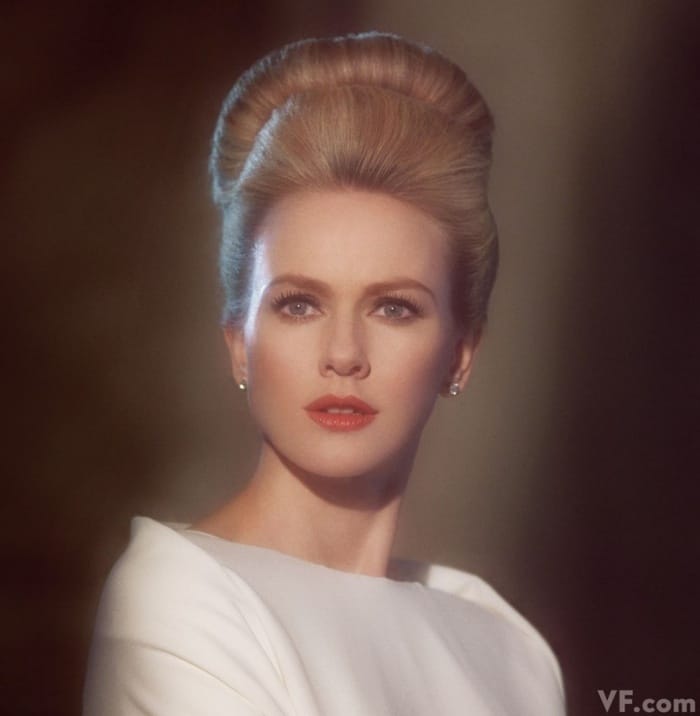 Marnie, 1964
Naomi Watts. Photograph by Julian Broad.
It seemed to many on the set that Hitchcock was concerned less with the production of Marnie than with his efforts to woo its star. He sent champagne to her dressing room every day, and freely confessed his love. After Hedren finally rejected him, he dropped her, and refused ever to utter her name again. Did we mention that Marnie is a psychodrama about frigidity? 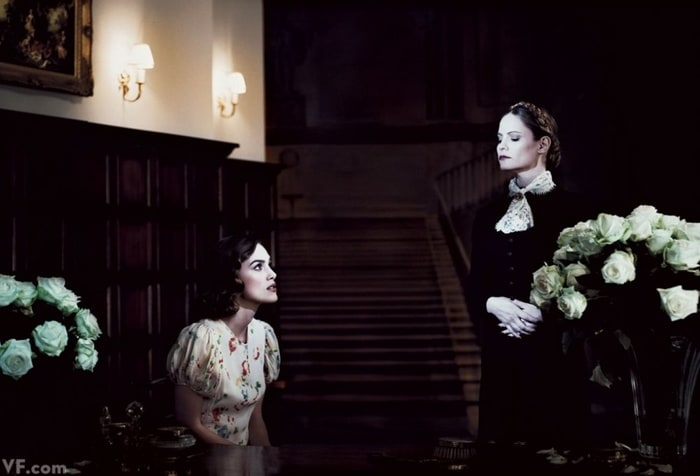 Rebecca, 1940
Keira Knightley and Jennifer Jason Leigh. Photograph by Julian Broad.
Rebecca was the first film Hitchcock made after producer David O. Selznick lured him to Hollywood with promises of a large budget and a high salary. Hitchcock proposed several alterations to the ghost story, adding elements of irony and dark humor. Selznick demanded a re-write faithful to the novel. Although Hitchcock later dismissed the film as “not a Hitchcock picture,” it was one of his most successful, and the only one to win best picture at the Academy Awards. 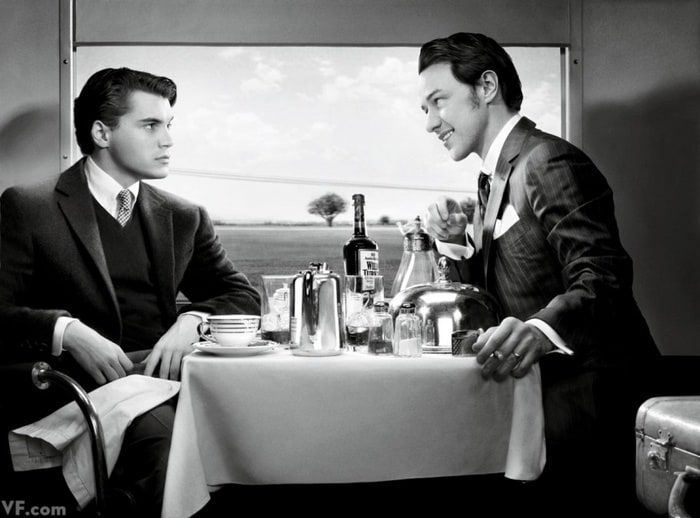 Strangers on a Train, 1951
Emile Hirsch and James McAvoy. Photograph by Art Streiber.
Hitchcock may have exaggerated when he called “the ineffectiveness of the two main actors” one of the film’s main flaws, but had Guy (Granger) been played by a stronger figure (Hitchcock’s first choice was William Holden), he might have been more sympathetic as a hero. It’s hard not to root for the villain (Walker), especially when he has his hands around the neck of Guy’s fat, loathsome, unfaithful wife, and begins to squeeze. Then again, that may have been Hitchcock’s intent all along. 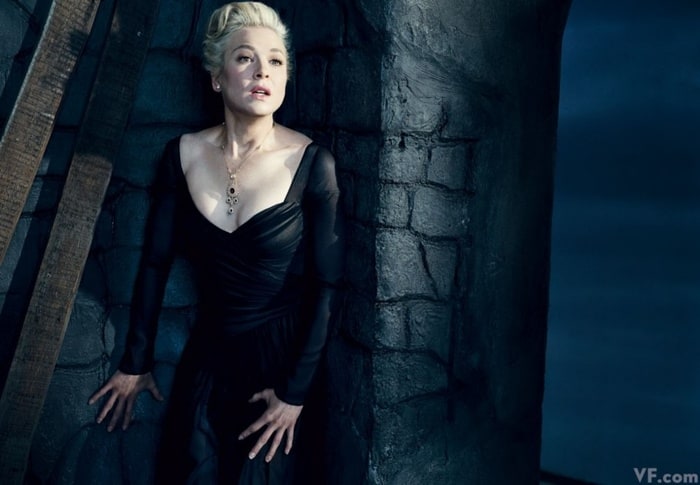 Vertigo, 1958
Renée Zellweger. Photograph by Norman Jean Roy.
Hitchcock’s blackhearted valentine to San Francisco is perhaps his most fully realized portrayal of the themes that haunted his films—obsession, paranoia, the transference of guilt, spurned love. And, of course, necrophilia: “I was intrigued by the hero’s attempts to re-create the image of a dead woman through another one who’s alive,” said Hitchcock when asked to describe the plot. 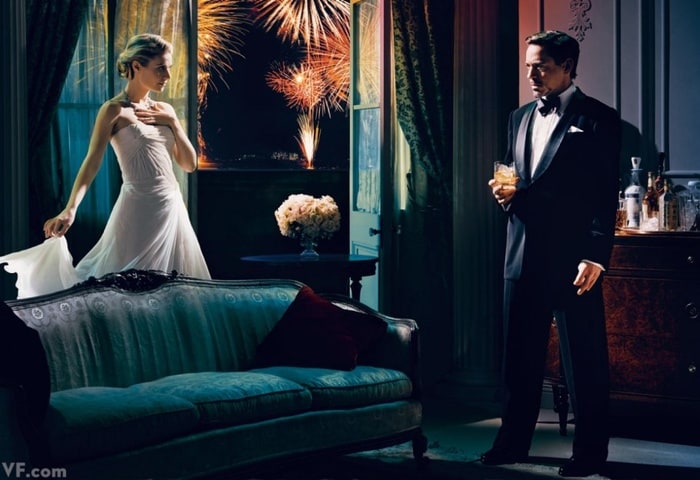 To Catch a Thief, 1955
Gwyneth Paltrow and Robert Downey Jr. Photograph by Norman Jean Roy.
Grace Kelly was the quintessential cold Hitchcock blonde. Hitchcock called her sexual appeal “indirect.” “Sex should not be advertised,” Hitchcock said. “An English girl, looking like a schoolteacher, is apt to get into a cab with you and, to your surprise, she’ll probably pull a man’s pants open.” 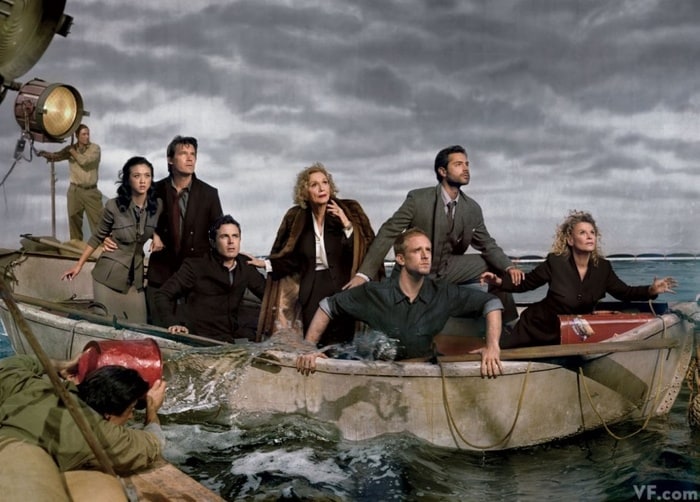 Lifeboat, 1944
From left: Tang Wei, Josh Brolin, Casey Affleck, Eva Marie Saint, Ben Foster, Omar Metwally, and Julie Christie. Photograph by Mark Seliger.
Lifeboat presented a difficult challenge to Hitchcock’s determination to appear in a single shot in each of his films. “I thought of being a dead body floating past the lifeboat, but I was afraid I’d sink,” he said. Hitchcock was sincerely worried about his weight at the time, and had undertaken a strenuous diet. His solution to the cameo problem: he appeared in a newspaper read by one of the boat’s passengers, photographed before and after his diet in an advertisement for a fictional weight-loss drug. 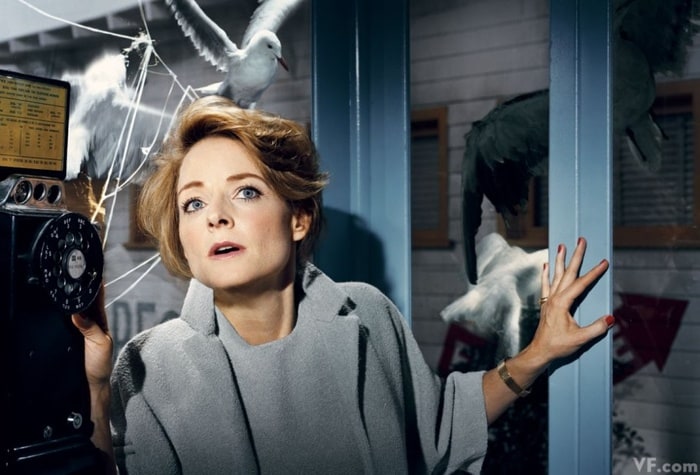 The Birds, 1963
Jodie Foster. Photograph by Norman Jean Roy.
Hitchcock said he made the film in order to “scare the hell out of people,” but Hedren may have been more scared than any audience member. During the filming of the movie’s climactic bird-attack scene, Hitchcock put Hedren in a giant cage and had two men throw live birds at her face. He shot the scene all day long, every day, for an entire week. It was only when she suffered a gash underneath one of her eyes that filming was stopped. “Really the worst week of my life,” said Hedren. 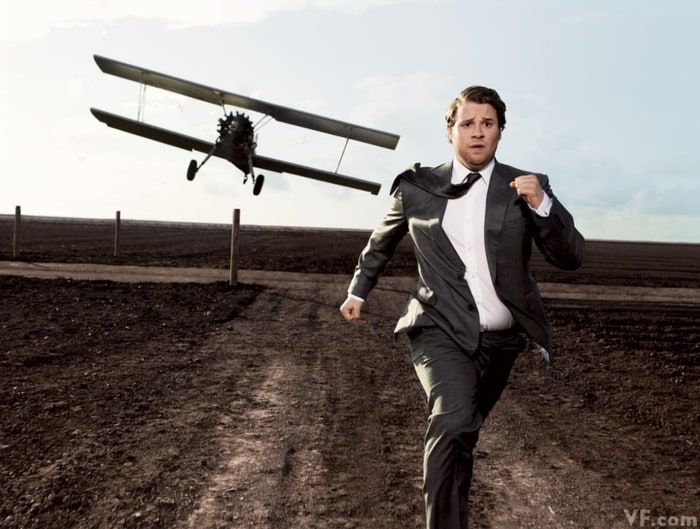 North by Northwest, 1959
Seth Rogen. Photograph by Art Streiber.
The idea for the famous cornfield scene came about when Hitchcock determined to reverse, as dramatically as possible, the clichéd movie trope in which a man is forced to run for his life from some sinister force. “How is this usually done?” asked Hitchcock. “A dark night at a narrow intersection of the city. The waiting victim standing in a pool of light under the street lamp. The cobbles are ‘washed with the recent rains.’ ” So Hitchcock instructed his production designer to put his hero in a wide-open expanse in which he couldn’t hide—a completely flat cornfield in the middle of nowhere. 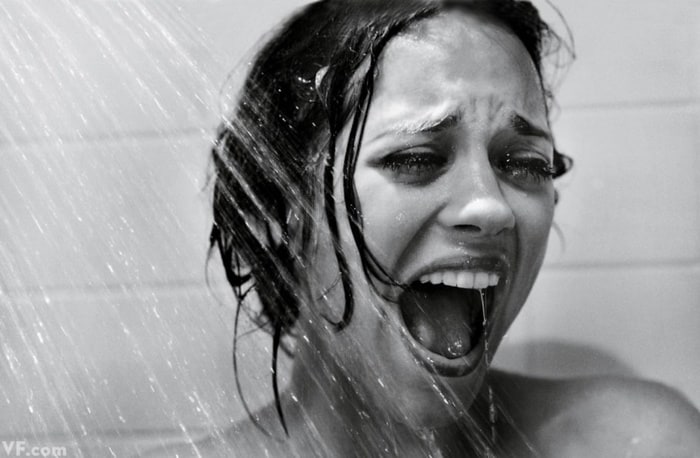 Psycho, 1960
Marion Cotillard. Photograph by Mark Seliger.
A lot is made of the influence on Hitchcock’s films of his father, “a rather nervous man” who once locked his six-year-old son in a local jail for misbehavior. Less is known about Hitchcock’s mother. We do know that they had a close relationship; so close, in fact, that she accompanied him on holidays with his wife. Older women in Hitchcock’s films are rarely treated with kindness, however, and tend to be scolding, obnoxious, doddering. But it was not until Psycho that a mother was treated as a homicidal maniac, even if by proxy.
Alfred Hitchcock left a peerless legacy of the stylishly macabre. In this year’s Hollywood Portfolio, Keira Knightley, Javier Bardem, Seth Rogen, and other stars channel iconic moments from the director’s greatest hits. 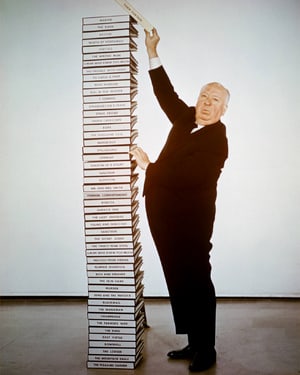 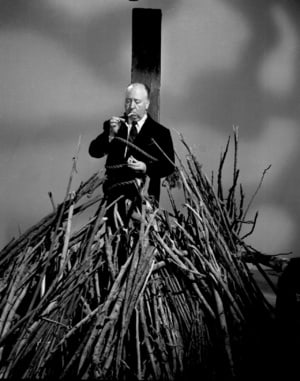 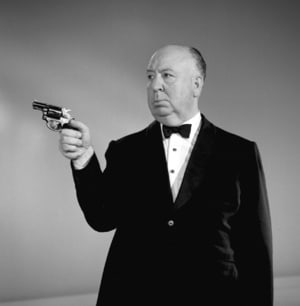 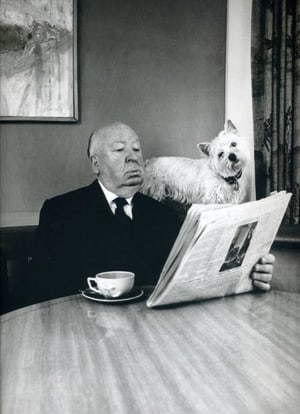 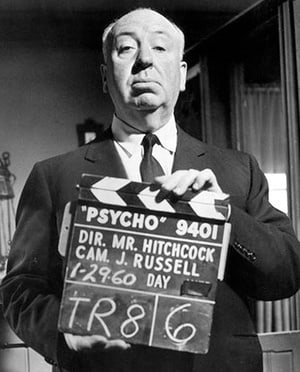 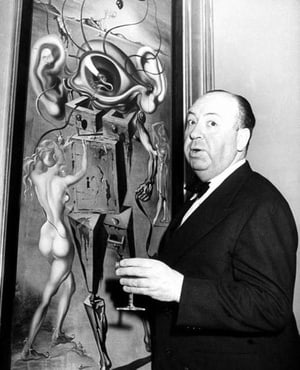 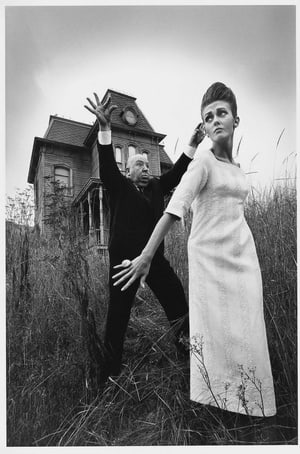 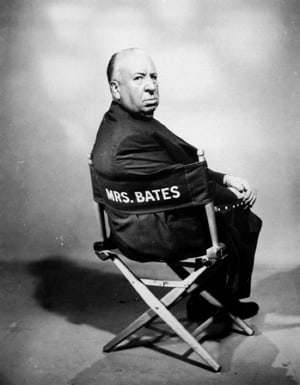 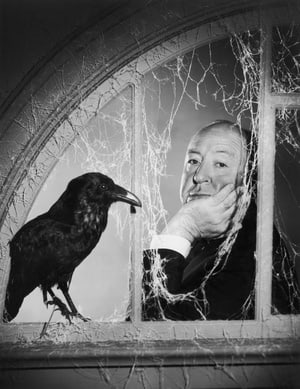 The Evolution of Richard Burton by Stella

François Truffaut's movies I have watched by Stella

Favorite Movies of 2007 by Stella

Favorite Movies of 2011 by Stella