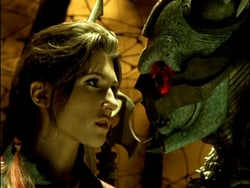 Why? Charlie isn't evil, just misunderstood. Honestly, if I had to fight alongside that B-Squad, I'd defect too. You can't really blame her. She's also super confident in herself and doesn't take crap from anyone. I want so bad for there to be a spin-off focused on Charlie's origins and how she became the bad ass leader that we know her as. (Looking at you Boom Comics and your upcoming Kimberly miniseries, because I know they're not gonna give us a secondary show for an over 10 year old season.)
However, the only reason she isn't in my official top ten is because of how limited her screen time is, and the fact that she's not on a Ranger team with primary focus.

Also, unless stated otherwise, I will continue to believe that it is her team in present day [freshly promoted to B-Squad] in the Super Megaforce finale and not Jack's team from the future. (She doesn't even have to be Red. It could literally be her first day on the job as Pink and she's working her way up the ladder.)
jenndubya's rating: 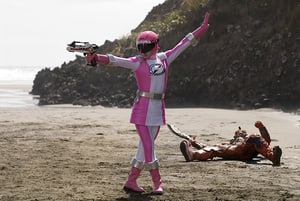 Portrayed by Rhoda Montemayor
Showrunner: Bruce Kalish
Based on a character written by Shō Aikawa

Why? She was a child prodigy; and she's not insecure about it either. Or at least to the average outsider anyway.
Rose also built a battlizer! Only three battlizers in the franchise are (wo)man-made. The rest are magic. She is the only Ranger to physically build a battlizer. (At least until Dino Charge, which ups the count to four.)
Must Watch Episodes: One Fine Day
Episodes to Stay Away From: Pirate in Pink
jenndubya's rating: 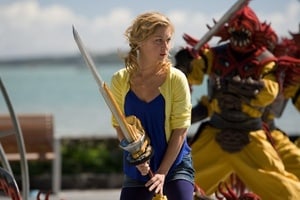 Portrayed by Brittany Anne Pirtle
Showrunner: Jonathan Tzachor
Based on a character written by Yasuko Kobayashi

Why? Emily is the cute and adorable member of the team. She's insecure and has a history of being picked on. However, Emily is more than capable to take care of herself and then some. Watch your back.
Must Watch Episodes: Sticks & Stones, Team Spirit, The Strange Case of the Munchies
Episodes to Stay Away From: N/A
jenndubya's rating: 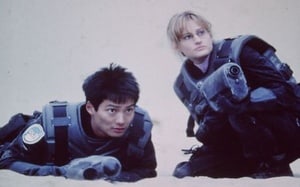 Portrayed by Valerie Vernon
Head writer: Judd Lynn
Based on a character written by Yasuko Kobayashi

Why? Kendrix was the first geeky Pink Ranger. She's very homely. Not in-your-face feminine and the most conservatively dressed female up to that point (sans the White Alien Ranger).
Kendrix is military trained and follows everything by the book; but not blindly. She's still her own person and will do anything, including giving her life, to do what's right.
Must Watch Episodes: Double Duty, Orion Rising, The Power of Pink
Episodes to Stay Away From: Mean Wheels Mantis
jenndubya's rating: 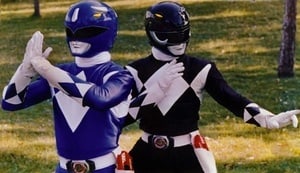 Why? Everyone loves Zack. It's physically impossible to hate him. He just has one of those personalities.
Also, his weapon is an axe that doubles as a cannon! How is that not bad ass?
Must Watch Episodes: Happy Birthday Zack, Lions & Blizzards, Fowl Play, An Oyster Stew, Putty on the Brain
Episodes to Stay Away From: N/A
jenndubya's rating: 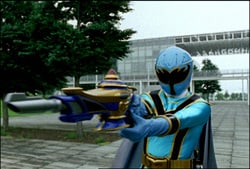 Portrayed by Melanie Vallejo
Showrunner: Bruce Kalish
Based on a character written by Atsushi Maekawa

Why? Madison is basically me through a Hollywood lens. She's not a clone of me, but all of her personality traits and interests are glamorized/simplified versions of my personality traits and interests.
Basically around 60% of me is Madison grounded in realism.
And it's not that identifying with someone makes me automatically love them, as I identify heavily with four PR characters and only two made this list, but she gives me hope that I'd befriend myself if I ever crossed paths with another me.
Must Watch Episodes: The Light
Episodes to Stay Away From: N/A
jenndubya's rating: 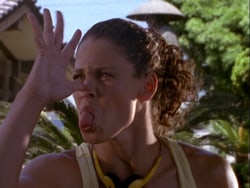 Why? Kelsey is my girl crush. I absolutely adore her and think that she is the prettiest girl to don a Ranger suit.
That's not to say my reasons for liking her are completely shallow. She fought a monster on rollerblades! A feat that no other Ranger has even attempted.
Must Watch Episodes: The Fifth Crystal, The Great Egg Caper
Episodes to Stay Away From: N/A
jenndubya's rating: 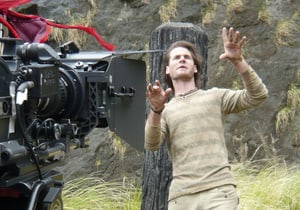 Portrayed by David de Lautour
Showrunner: Bruce Kalish
Based on a character written by Michiko Yokote

Why? R.J. is perfect. He's attractive, an animal rights activist, a tech genius, runs his own business, and a kung fu master. That's not even touching his stoner tendencies or daddy issues that round out his character.
Oh, and did I mention that he has LASER KNEES?!
Must Watch Episodes: One Master Too Many, Friends Don't Fade Away, One Last Second Chance
Episodes to Stay Away From: N/A
jenndubya's rating: 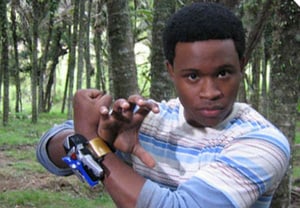 Portrayed by Kevin Duhaney
Showrunner: Doug Sloan
Based on a character written by Naruhisa Arakawa

Why? Ethan is me in High School, personality wise. I love that he's the geek of the team, but not in any way a book smart nerd. (Although he is occasionally said to be a programmer.)
Ethan is a gamer and kind of a jokester, but also sees the good in people. He and his computer are inseparable. However, he also has realistic troubles with girls and bullies.
Must Watch Episodes: The Whole Series
Episodes to Stay Away From: N/A
jenndubya's rating: 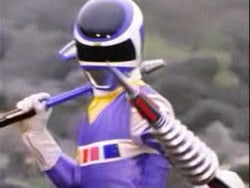 Why? T.J. needs all the awards. Not only is he an all-around great guy, but he put up with the worst friends. He had to actually live with an emo loner that stole his color, two girls that value boys more than each other's friendship, a quitter, and a jokester who just comes and goes as he pleases.
T.J. is my hero. Oh, and did I mention that he has a flying car?
Must Watch Episodes: Parts and Parcel
Episodes to Stay Away From: N/A
jenndubya's rating: 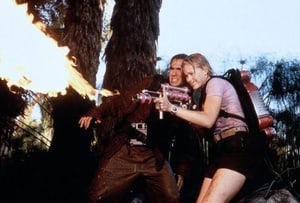 Why? Katherine Hillard is my spirit animal. This character came at an influential time in my life, and without her, I would not be the person that I am today.
She is one of the most genuinely selfless characters that I have ever seen. Kat broke an evil spell, of her own free will, to save a girl that she had just met; she agreed to a duel for the release of her friends and, despite knowing it was a trap, would not quit until they were returned safely; she risked her life by demorphing in front of a brainwashed teammate, at the slightest chance that he would remember her, and GRABBED HIS BLASTER POINTED AT HER HEAD!
This girl has balls.
Must Watch Episodes: A Ranger Catastrophe, Changing of the Zords, A Different Shade of Pink, Every Dog Has His Day, Game of Honor*, King for a Day, A Mystery to Me, Cars Attacks
Episodes to Stay Away From: Weight and See

* Kat is not the focus of this episode, but she gets one of the rare, single-person monster kills of the season.
jenndubya's rating:

My personal list of my top ten favorite Power Rangers.

The characters are not judged by how strong, tough or smart they are, but just how enjoyable of a character they are as a whole.

Overrated... stop talking to me about it by TKR

Pirates of the Caribbean: Best to Worst by movieman

Betcha She Could Kill You With Her Brain by jenndubya

Ranking the Colors in Power Rangers by jenndubya

Who Wore It Better: Power Rangers Edition by jenndubya