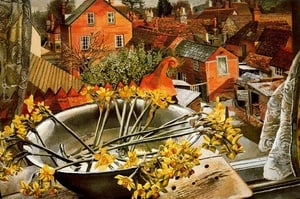 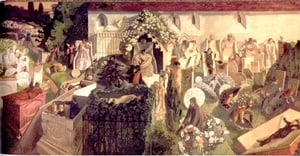 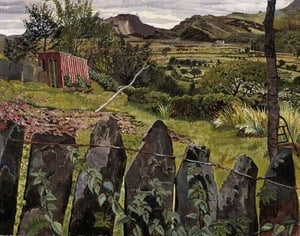 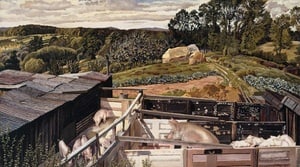 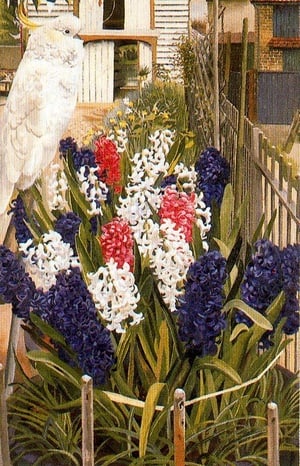 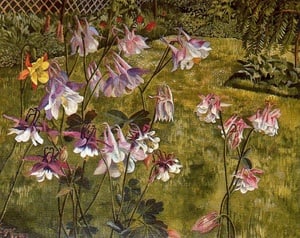 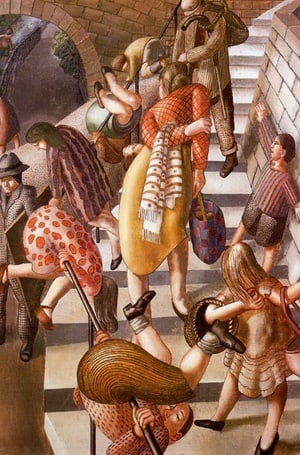 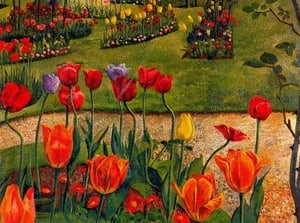 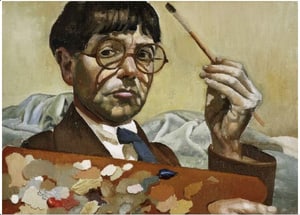 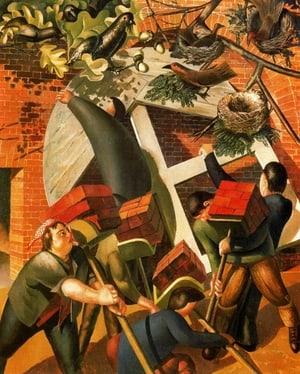 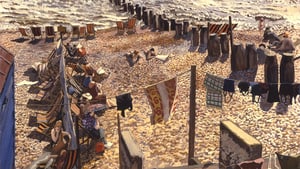 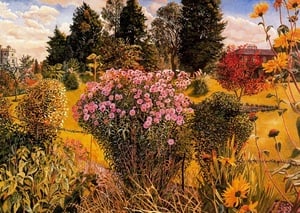 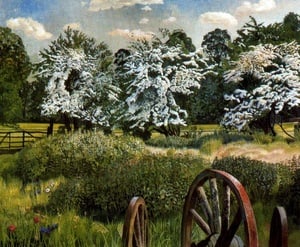 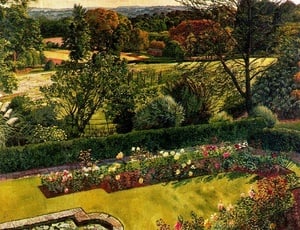 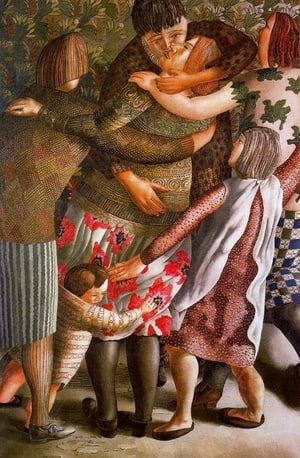 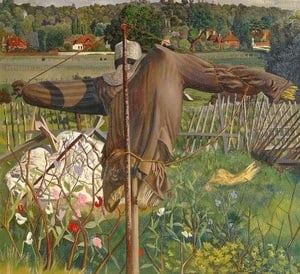 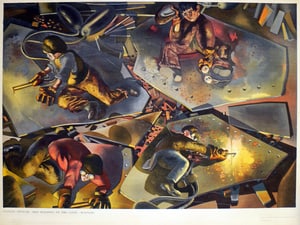 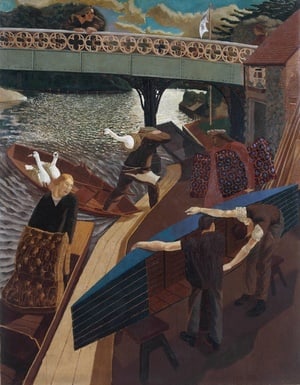 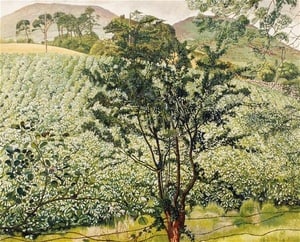 Sir Stanley Spencer KCB CBE RA (30 June 1891 – 14 December 1959) was an English painter. Shortly after leaving the Slade School of Art, Spencer became well known for his paintings depicting Biblical scenes occurring as if in Cookham, the small Thames-side village where he was born and spent much of his life. Spencer referred to Cookham as "a village in Heaven" and in his biblical scenes, fellow-villagers are shown as their Gospel counterparts. Spencer was skilled at organising multi-figure compositions such as in his large paintings for the Sandham Memorial Chapel and the Shipbuilding on the Clyde series, the former being a World War One memorial whilst the latter was a commission for the War Artists' Advisory Committee during World War Two. As his career progressed Spencer often produced landscapes for commercial necessity and the intensity of his early visionary years diminished somewhat while elements of eccentricity came more to the fore. Although his compositions became more claustrophobic and his use of colour less vivid he maintained an attention to detail in his paintings akin to that of the Pre-Raphaelites.

Spencer's works often express his fervent if unconventional Christian faith. This is especially evident in the scenes that he based in Cookham which show the compassion that he felt for his fellow residents and also his romantic and sexual obsessions. Spencer's works originally provoked great shock and controversy. Nowadays, they still seem stylistic and experimental, whilst the nude works depicting his futile relationship with Patricia Preece, such as the Leg of mutton nude, foreshadow some of the much later works of Lucian Freud. Spencer's early work is regarded as a synthesis of French Post-Impressionism, exemplified for instance by Paul Gauguin, plus early Italian painting typified by Giotto. Whilst a student Spencer allied with a, short-lived, group who called themselves the "Neo-Primitives" which was centred on David Bomberg and William Roberts. In later life Spencer remained an independent artist and did not join any of the artistic movements of the period, although he did show three works at the Second Post-Impressionist Exhibition in 1912.
(Wikipedia)

The Art of Elysium's 6th Annual HEAVEN Gala 2013 by Dessollié

Images I Love/Like by yreesesfreak

Pretty As A Picture #7 (Nature) by Iceviper

The Best of Monet by Kenji

Favourite Paintings with Horses by Kenji