Remembering the great Scott..for me one of the best frontman of all times..
We will miss you Scott!
Sort by: Showing 5 items
Rating: List Type: 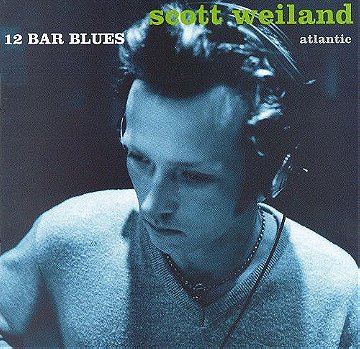 12 Bar Blues is the debut solo album from Stone Temple Pilots singer Scott Weiland. Its sound and style differ greatly from STP's previous releases. The design concept of the cover is a homage to the cover design of John Coltrane's Blue Train album. The title name comes from the simple chord progression known as "twelve-bar blues."
The album is produced by Daniel Lanois, well know for his work on some of the best U2 records like Actung Baby or The Joshua Tree.

"Happy" in Galoshes is the second solo album by American rock singer Scott Weiland. Weiland, known for his roles as the lead singer in Stone Temple Pilots and Velvet Revolver, released his first album, 12 Bar Blues in 1998. Ten years later, "Happy" in Galoshes served as the official follow-up. Two versions have been released, a single disc and double disc deluxe version—the deluxe edition offers a second disc of 10 extra tracks. The album was released November 25, 2008 on Weiland's own Softdrive Records. Produced by Doug Grean and Scott Weiland, with select tracks recorded by Steve Albini, the album features guest appearances by Paul Oakenfold and No Doubt members Adrian Young, Tony Kanal, and Tom Dumont. Oakenfold appears on a cover of David Bowie's "Fame." Weiland has cited Bowie as one of his main influences.

Not a masterpiece album but is a sincere work and a declaration of love in music and those who never stopped believing in him , despite all the tumbles of his career .
Musically the band does his duty , he plays an old school rock that gives a nod to the '60s ( the bluesy White Lightning exceeds the average quality of tracklsit ) and that only in sporadic episodes ( see Amethyst ) returns in the footsteps of Stone Temple Pilots. As Weiland - despite feeling a mile away as the post production on the item has been colossal - looks good that much in the presence of a past that saw him untameable stage animal .The guitarist died before the record came out and now we know how it goes with Scott also.

Most Wonderful Time of the Year

The Most Wonderful Time Of The Year is a new collection of Christmas standards performed by Scott Weiland, front man for Stone Temple Pilots. In the spirit of the greatest holiday crooners, The Most Wonderful Time Of The Year covers a variety of styles including big band swing, orchestrated ballads, reggae, bossa nova and more, all delivered with surprising ease by Scott Weiland.
It will be my Christmas Soundtrack in Scott's honour this year!

A Compilation of Scott Weiland Cover Songs is a compilation album by Stone Temple Pilots frontman Scott Weiland, released on August 30, 2011. The album consists entirely of cover songs, featuring an array of covers of artists that inspired Weiland, such as David Bowie, The Beatles, The Rolling Stones, and The Smiths. The album was originally set to be released together with Weiland's memoir Not Dead & Not for Sale but Weiland decided later to release the album by itself exclusively in digital format.

The cover of the Beatles' "Revolution" is actually a Stone Temple Pilots recording that was originally released in 2001, while "Fame" previously appeared on Weiland's 2008 album "Happy" in Galoshes.