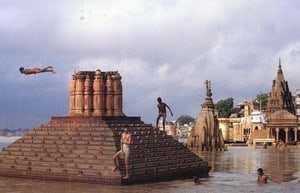 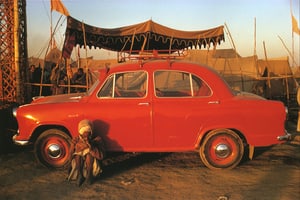 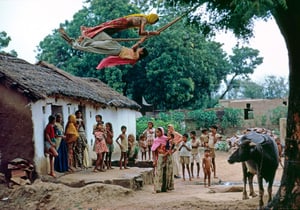 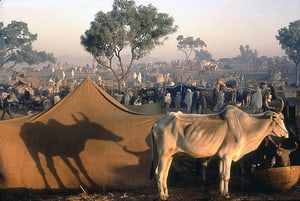 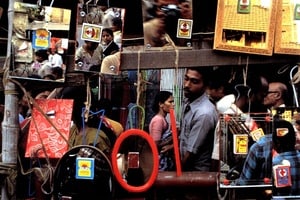 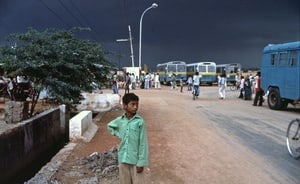 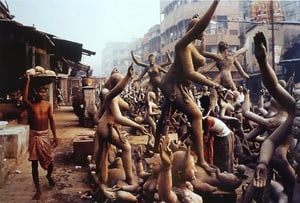 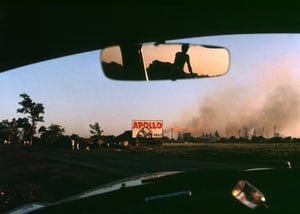 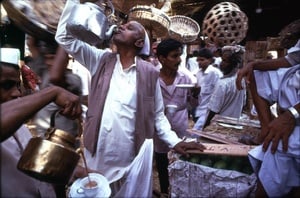 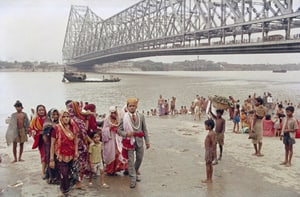 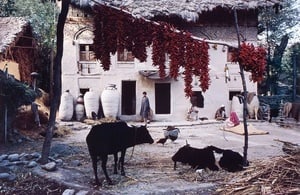 Raghubir Singh (1942–1999) was an Indian photographer, most known for his landscapes and documentary-style photographs of the people of India. He was a self-taught photographer who worked in India and lived in Paris, London and New York. During his career he worked with National Geographic Magazine, The New York Times, The New Yorker and Time. In the early 1970s, he was one of the first photographers to reinvent the use of color at a time when color photography was still a marginal art form.

Singh belongs to a tradition of small-format street photography, pioneered by photographers like Henri Cartier-Bresson, whom he met in 1966 and observed for a week while the latter was working in Jaipur, and who, with Robert Frank, was to have a lasting impact of his work; however, unlike them, he chose to work in color, as for him this represented the intrinsic value of Indian aesthetics. In time Singh was acknowledged with William Eggleston, Stephen Shore and Joel Sternfeld as one of the finest photographers of his generation and a leading pioneer of colour photography. He travelled across India with the American photographer Lee Friedlander who according to him ‘was often looking for the abject as subject’; in the end Singh found Friedlander’s approach of ‘beauty as seen in abjection’ fundamentally western, which suited neither him nor India; thus, he built his own style and aesthetic imprint, which according to his 2004 retrospective created "a documentary-style vision was neither sugarcoated, nor abject, nor controllingly omniscient". Deeply influenced as he was by modernism, he liberally took inspiration from Rajasthani miniatures as well as Mughal paintings, and Bengal, a place where he felt the fusion of western modernist ideas and vernacular Indian art took place for the first time, evident in practitioners of the Bengal school, and also the humanism of the filmmaker Satyajit Ray, who later became a close friend. "Beauty, nature, humanism and spirituality were the cornerstones of Indian culture" for him and became the bedrock for his work.

Singh published 14 well-received books on the Ganges, Calcutta, Benares, his native Rajasthan, Grand Trunk Road, and the Hindustan Ambassador car. Today his work is part of the permanent collections of the Art Institute of Chicago, the Metropolitan Museum of Art and the Museum of Modern Art in New York and the Tokyo Metropolitan Museum of Photography, amongst others.
(Wikipedia)

My Best Food by MA7AMAD

! Pinup Art by Root of Jesse

Best Albums of 1994 by Stehako