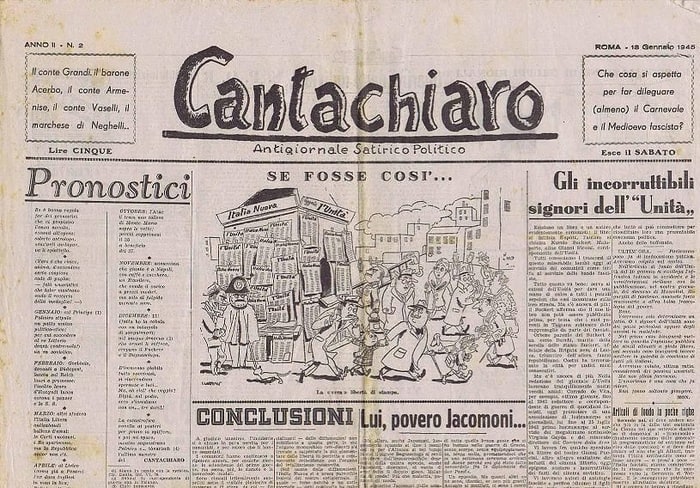 18th January 1945 - Above in the picture: If it was so...; below: The "real" freedom of the press. In the newstand, two newspapers are sold only: l'Unità and Italia Nuova.
L'Unità (The unity) was the official newspaper of the Italian Communist Party (PCI-Partito Comunista Italiano); Italia Nuova (New Italy) outlived the end of the National Fascist Party (PNF-Partito Nazionale Fascista). 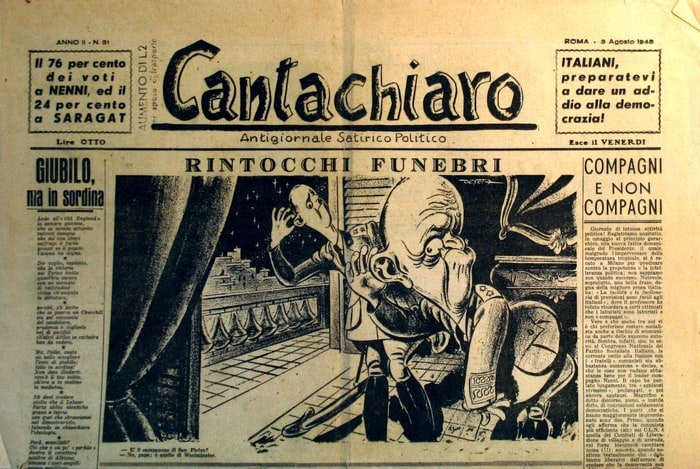 3rd August 1945 - Tolling. - Former King of Italy Vittorio Emanuele III di Savoia: Is it the bell of St. Peter? - His son Umberto II di Savoia, the last King of italy: No, daddy, it is Westminster's. 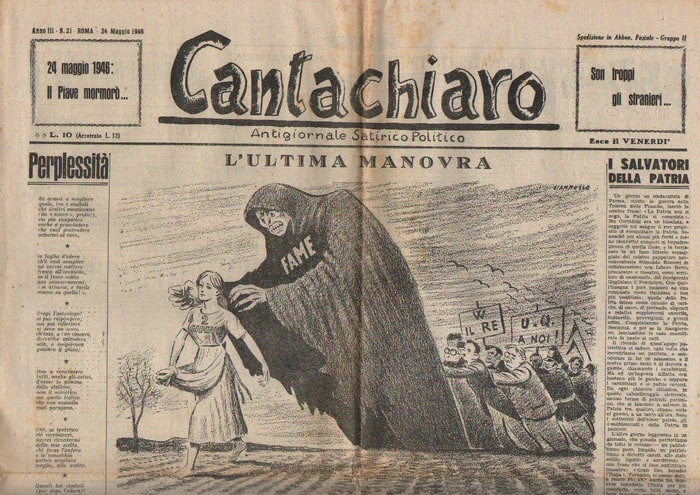 24th June 1946 - In the picture: The last manoeuvre. The new Republic of Italy (on 2nd June 1946 Italy became a republic after an institutional referendum) is threatened by the famine, supported by monarchists (W il Re: hurrah for the King) and populists (UQ were the initials of the populist party Fronte dell'Uomo Qualunque, Common Man's Front; A Noi!, that is to us, was a motto used in the Fascism years). 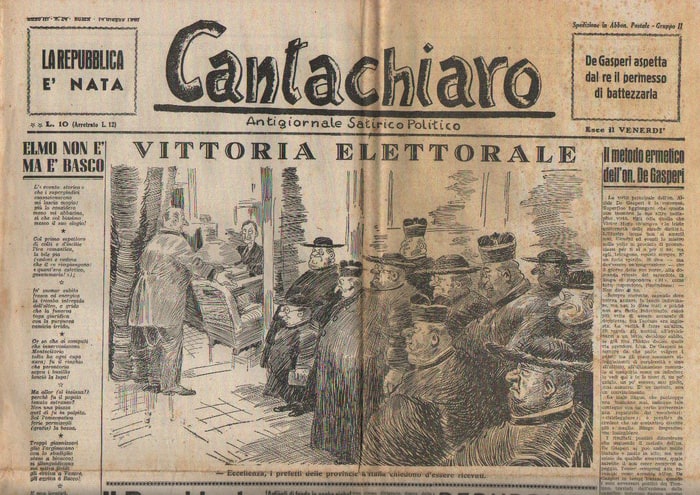 14th June 1946 - Above, in the picture: Election victory refers to the general elections held on 2nd June 1946 (the first elections after the war). Below in the picture: "His worship, the prefects of Italian provinces asked for being received" addressed to Alcide De Gasperi (on the left, sitting), Italian Prime Minister and leader of DC-Democrazia Cristiana (Christian Democracy). The cartoon is about the role of the Catholic Church in the victory of DC-Democrazia Cristiana. 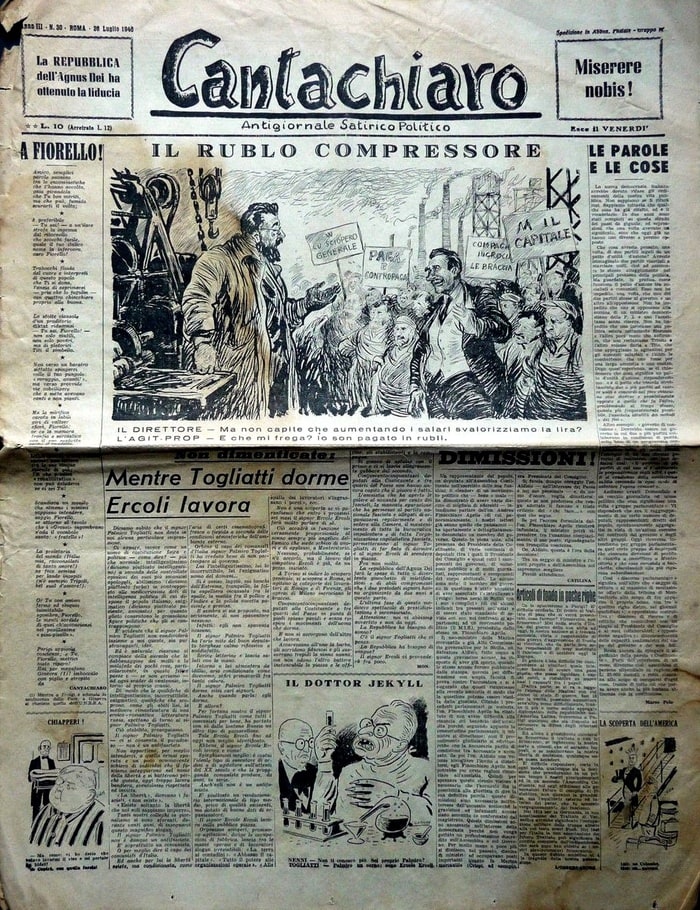 26th July 1946 - The rollroad ruble. - The manager: But don't you understand that, increasing the wages, we devalue the lira? - The agit-prop: And what do I care? I am paid in rubles. 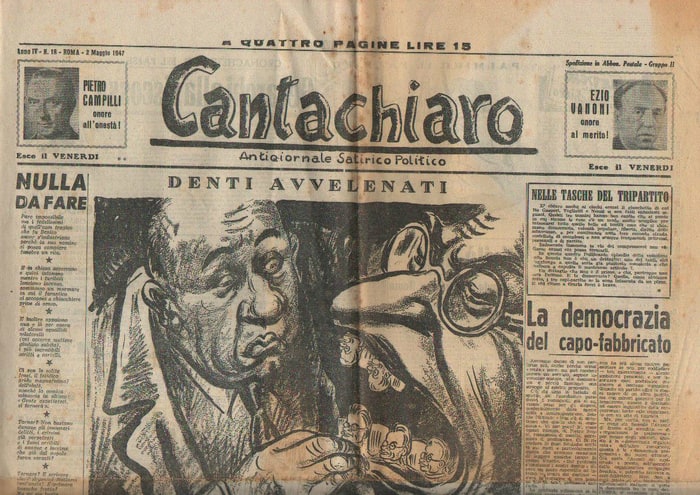 2nd May 1947 - In the picture: Poisoned teeth. The teeth of Alcide De Gasperi (Italian Prime Minister and leader of DC-Democrazia Cristiana, Christian Democracy) have the features of Palmiro Togliatti, leader of the Italian Communist Party (PCI-Partito Comunista Italiano).
In Italian, avere il dente avvelenato (to have the poisoned tooth) is idiomatic for to bear a grudge against somebody/something. 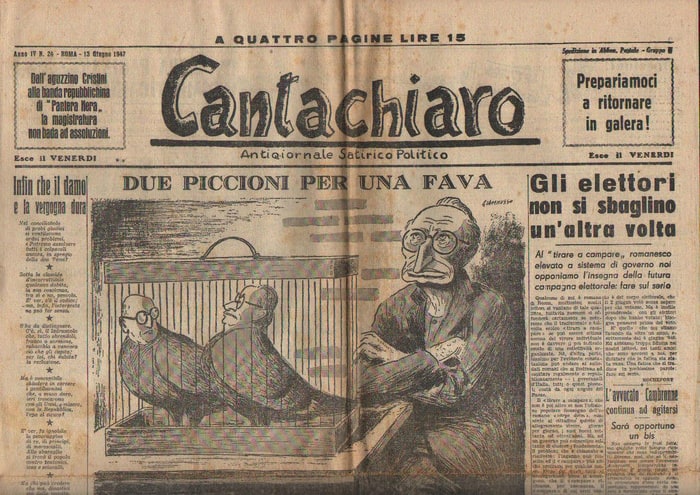 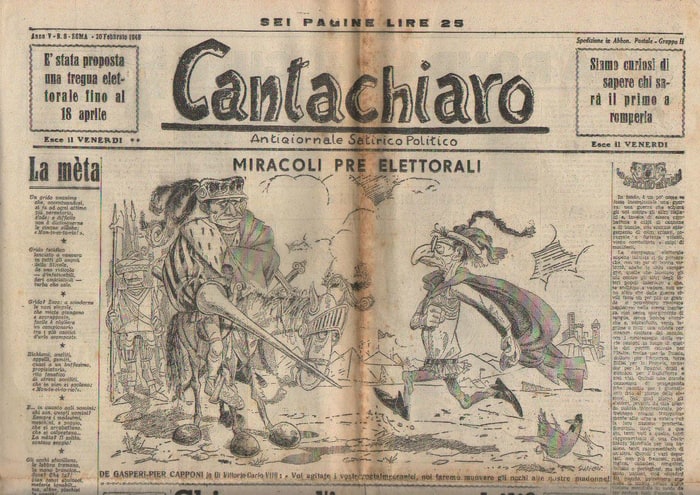 20th February 1948 - Above in the picture: Pre-electoral miracles. On the left, Alcide De Gasperi, Italian Prime Minister and leader of DC-Democrazia Cristiana, looks like Piero Capponi, 15th Century Italian statesman and warrior from Florence who successfully opposed Charles VIII of France in his invasion of Italy in 1494. On the right, Giuseppe Di Vittorio, leader of Italian trade unions and one of the leading spokespersons of Italian Communist Party, as Charles VIII of France.
In his ultimatum, Charles VIII of France said: "Then we shall sound our trumpets" and Piero Capponi replied: "And we shall toll our bells". Below in the picture, De Gasperi says to Di Vittorio: "You shall stir your metalworkers, we shall make the eyes of our statues of Virgin Mary roll". In the months preceding the Italian 1948 general elections, amazing facts relating to statues of Virgin Mary were reported by people. 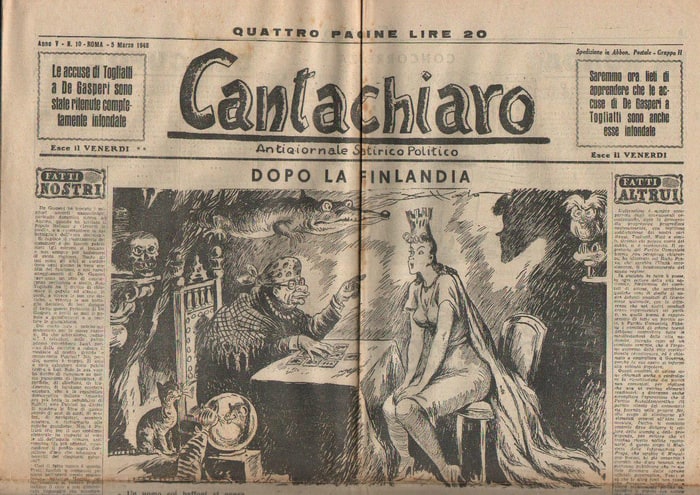 5th March 1948 - In the picture: After Finland. Palmiro Togliatti, leader of the Italian Communist Party, tells Italy her future.
In 1947 and in 1948, Finland signed treaties with the Soviet Union that included obligations and restraints, as well as territorial concessions. 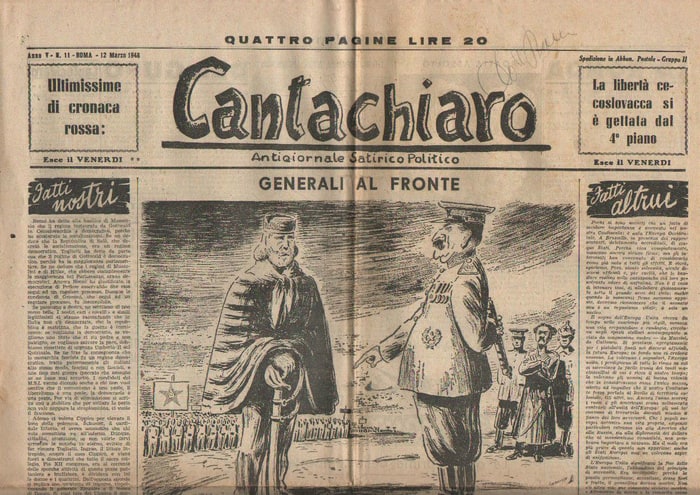 12th March 1948 - In the picture: Generals on the front, featuring 19th Century Italian revolutionary leader Giuseppe Garibaldi (left) and Soviet leader Iosif Stalin.
In the 1948 Italian general elections, the picture of Giuseppe Garibaldi was chosen as the symbol of Fronte Democratico Popolare (Popular Democratic Front), the coalition of Italian Socialist and Communist parties. 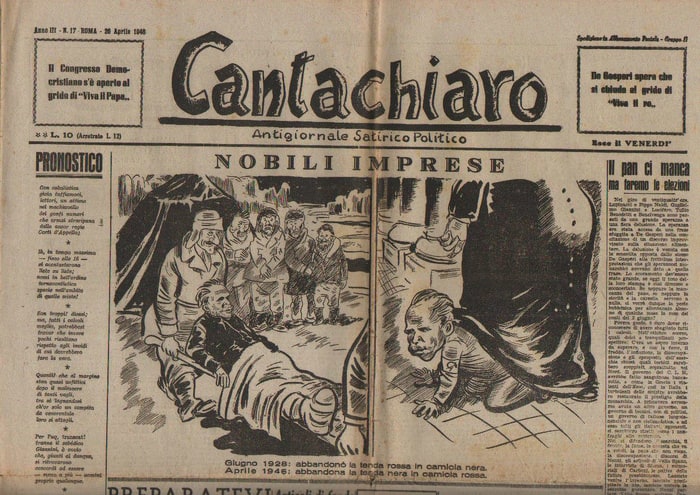 26th April 1948 - Above in the picture: Noble deeds, below: June 1928: he left the red tent wearing the black shirt; April 1946: he left the black tent wearing the red shirt.
The cartoon refers to General Umberto Nobile. He designed and piloted Roald Amundsen's aircraft Norge, that reached the North Pole on 12th May 1926. Nobile also designed and flew aircraft Italia, that crashed onto the pack ice on 25th May 1928, after reaching the North Pole. The survivors found shelter in a red painted tent.
From 1946 to 1948, Umberto Nobile was member of Assemblea Costituente (Constituent assembly) as indipendent in the group of the Italian Communist Party. 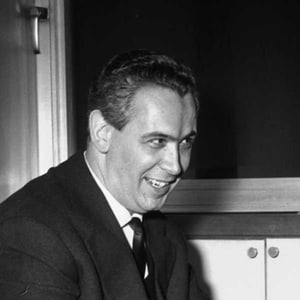 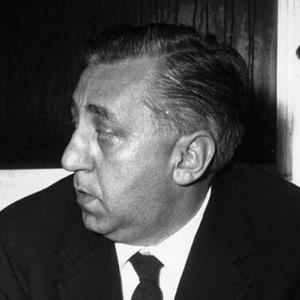 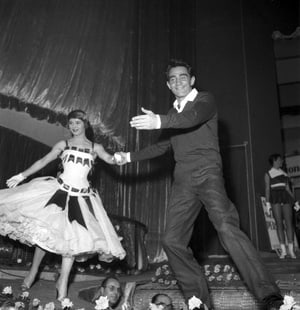 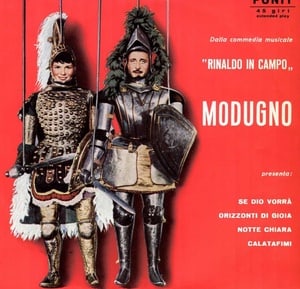 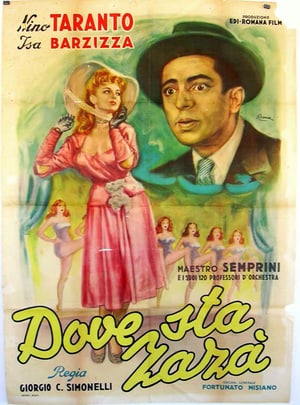 Movies Based On Books by Venice

Chess on Listal by Venice

Esther Williams In Company_1 by rickterenzi

Cyd Charisse In Company_1 by rickterenzi