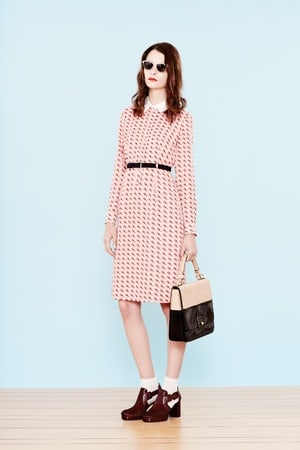 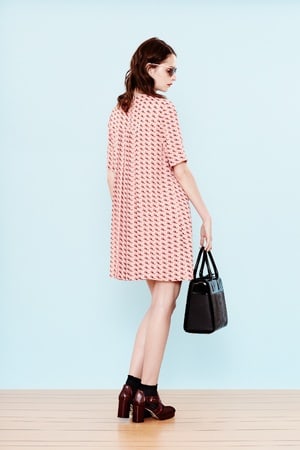 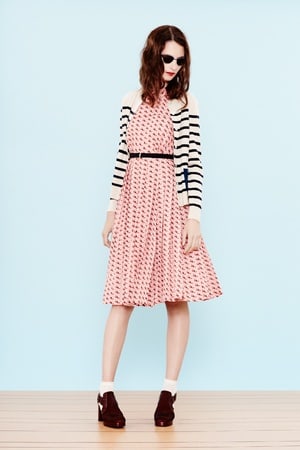 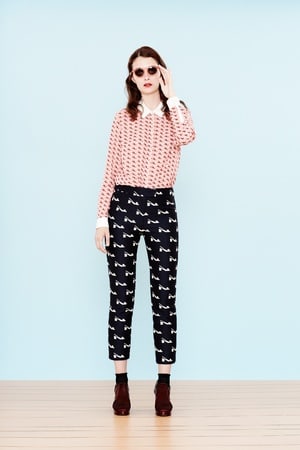 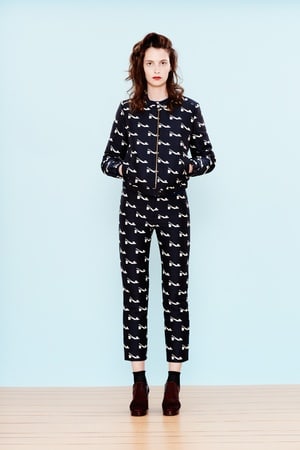 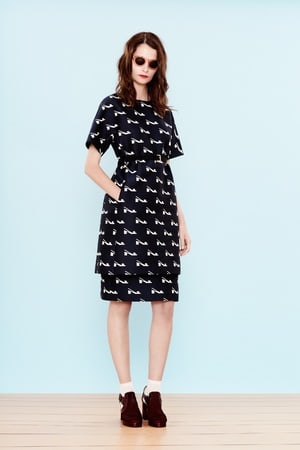 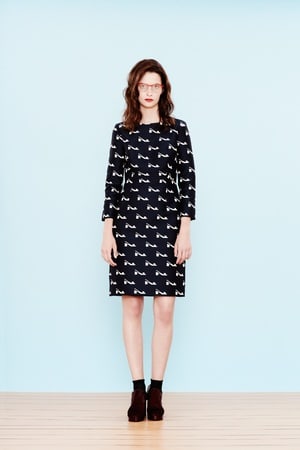 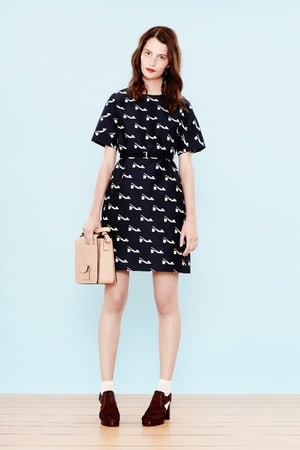 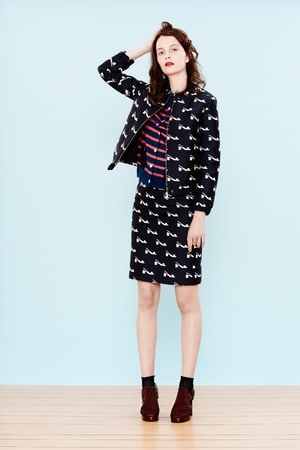 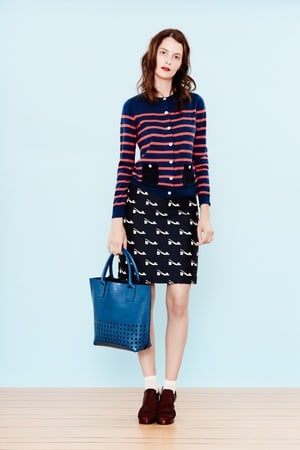 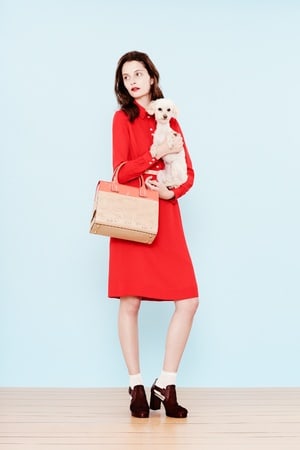 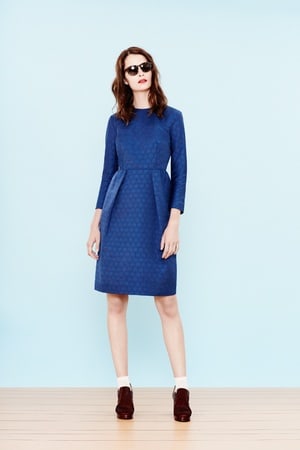 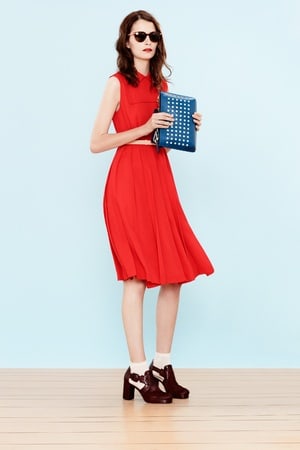 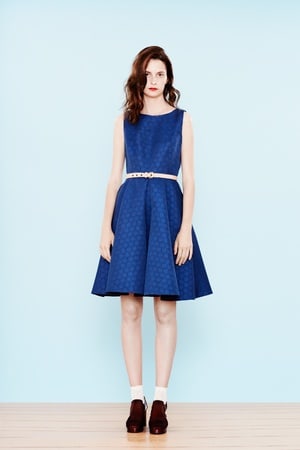 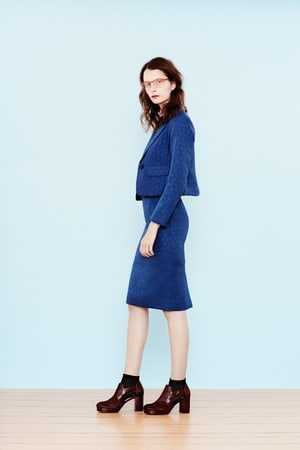 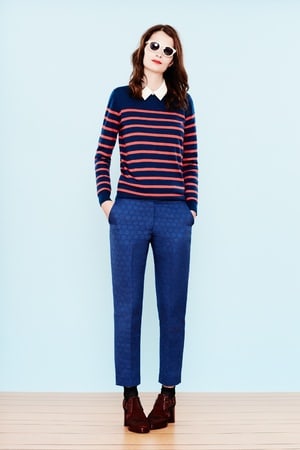 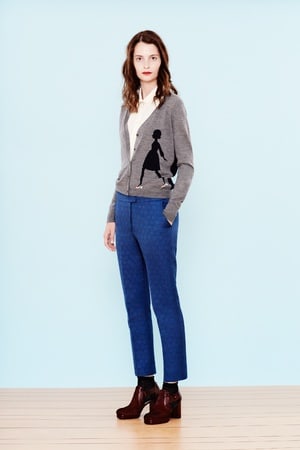 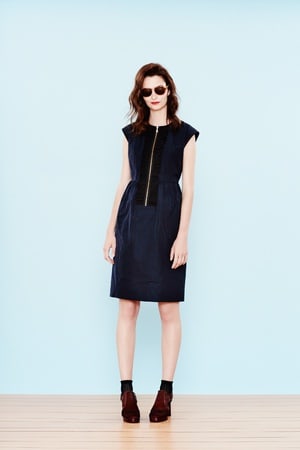 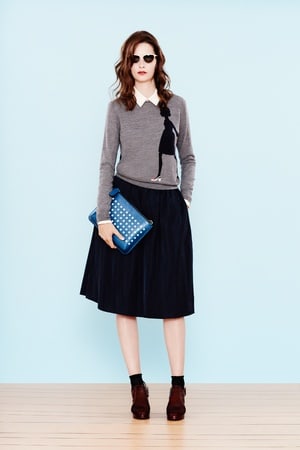 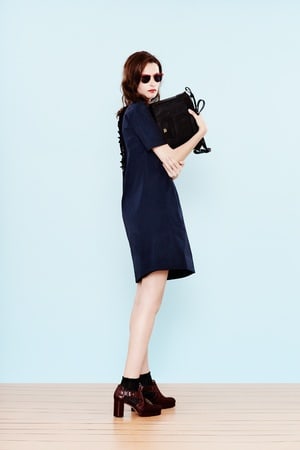 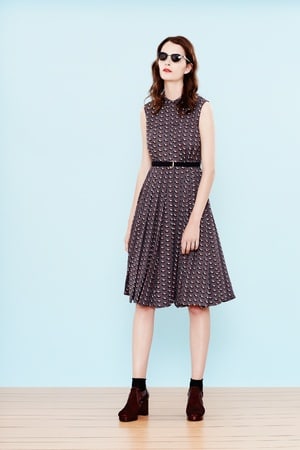 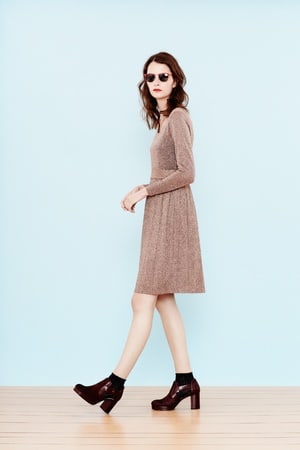 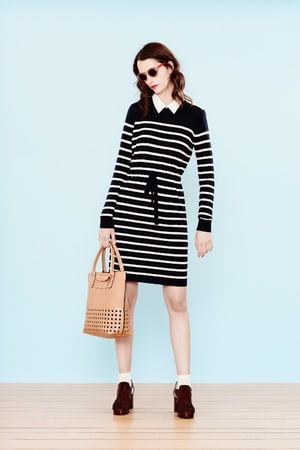 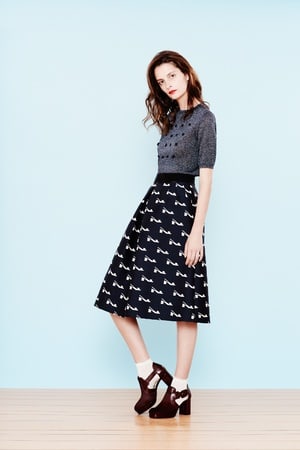 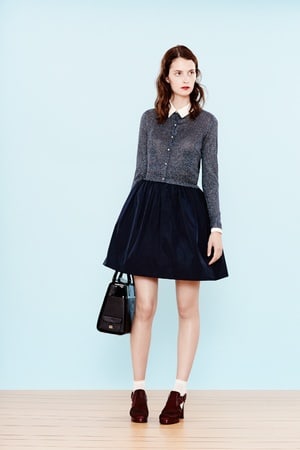 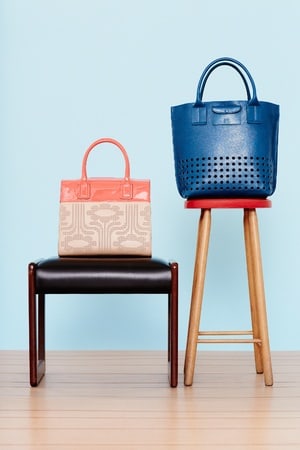 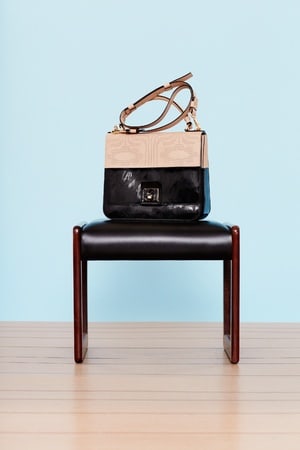 Review by Maya Singer
Orla Kiely wonders what, exactly, Resort means these days. Since Resort hits stores in mid-October, is it geared to the working woman who needs an inter-season wardrobe freshening? Or is it for a January trip to warmer climes? For Kiely, it was the former. The designer had the working woman in mind, a customer who needs to look sharp and special in the office, never mind for her post-work social life. Kiely did the thinking for this time-impoverished, fashion-loving woman via a precisely edited collection in which everything could be thrown together without a second thought. Inspired by French simplicity, a handful of looks in navy, beige, and red (with a splash of Breton stripes) stated quality over quantity. They also stated chilly versus warm weather. The fabrics were not flimsy silks, but substantial jacquards, merino wools, and sturdy cottons, mostly because of another question Kiely poses about Resort: What happens when you are, say, an Australian or Arab woman, and it's 75 degrees in the winter months, and you choose to vacation in Manhattan or Milan in January? You can't have a floaty caftan. In a way, it's a modern redefinition of Resort.

A charming print of a sling-back shoe was Kiely's starting point (the designer is having a shoe moment, off the back of her hugely successful collaboration with Clarks last season). That print appeared on a structured, weighty jacquard dress with a layered hem and a showpiece bomber jacket. A variation of the print popped up in cream and red and was shown on a blouse with pleating details and an immensely wearable, weather-neutral smock dress. Then there were such pieces as a Breton-striped gathered-waist dress and an adorable charcoal sweater with an intarsia print of a woman's silhouette—highlighting her shoes. Twee? Yes. Covetable, too. The fun continued with a crystal-detailed Lurex sweater and a corresponding dress with knife pleats. A jolt of color came in the form of a pillar-box-red dress that said "Don't think—just wear," an idea that sums up this tight collection.

My book lists by El Raulo