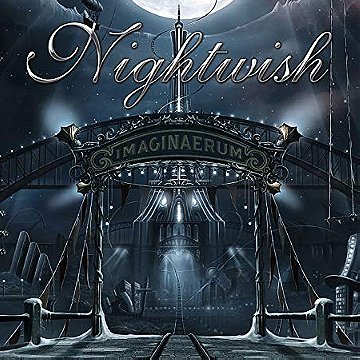 Imaginaerum is the seventh studio album by Finnish symphonic metal band Nightwish.According to Nightwish songwriter Tuomas Holopainen, the album is a concept album that tells the story of an old composer who is reminiscing of his youth on his deathbed. The album was produced alongside the movie of the same name, directed by Stobe Harju, who previously directed Nightwish's "The Islander" music video, and the album and the film share the same themes and general story. It is their second and last album with vocalist Anette Olzon. 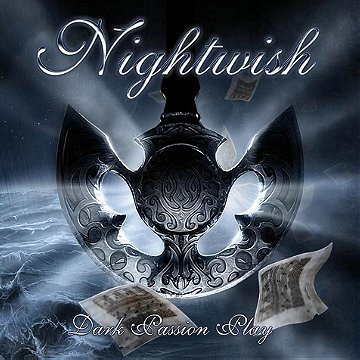 Dark Passion Play is the sixth studio album by Finnish symphonic metal band Nightwish, released on 26 September, 2007 in Finland, 28 September in Europe and 2 October 2007 in the United States. It was the first Nightwish album with the band's former lead singer, Anette Olzon, the first album not featuring former vocalist Tarja Turunen, who was dismissed in 2005, and the first album involving future member Troy Donockley on uilleann pipes and tin whistle. Lead songwriter Tuomas Holopainen has referred to it as the "album that saved his life". The album debuted at number one in 6 European countries, selling over 100,000 copies in Finland (triple platinum) alone. In February 2008, the album was certified quadruple-platinum in Finland, after having sold over 120,000 copies, which makes it one of the 40 best-selling albums of all time in the country. It has also sold 134,000 copies in the United States. Worldwide, Dark Passion Play has sold over 2 million copies since its release, being Nightwish's most successful album to date. 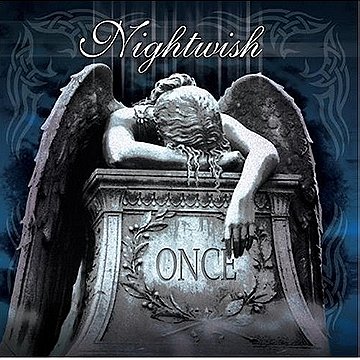 Once is the fifth studio album by Finnish symphonic metal band Nightwish, released on June 7, 2004 by Nuclear Blast, and the last to feature Tarja Turunen on lead vocals. In an interview, Tuomas Holopainen (main song writer of the band) said that it is up to the listener to find out the meaning of the title Once. The album continues the more streamlined musical approach first heard on Century Child, moving further away from the power metal-influenced sound of their previous albums into a slightly more mainstream, approachable feel. Once utilizes a full orchestra in nine of the eleven songs on the album; unlike Century Child, Nightwish chose an orchestra outside of Finland, the London Philharmonic Orchestra.

Wishmaster is the third album of Finnish symphonic metal band Nightwish, released on 19 May 2000 by Spinefarm Records.

Oceanborn is the second album of Finnish symphonic metal band Nightwish, released in December 1998 in Finland and in the Spring of 1999 worldwide. Oceanborn has sold more than 68,000 copies in Finland.

Requiem for the Indifferent

Requiem for the Indifferent is the fifth album by Dutch symphonic metal band Epica. It was released on March 9, 2012, in Europe and on March 13, 2012 in the United States. It was the final album to feature original member Yves Huts on bass guitar. "This title refers to the end of an era. Mankind can no longer stick their head in the sand for the things that are happening around us. We are facing many challenges. There is an enormous tension between different religions and cultures, wars, natural disasters and a huge financial crisis, which is getting out of control. More than ever we will need each other to overcome these problems. As we are all connected; the universe, earth, nature, animals and human beings, this period in time will be the prelude to the end for those who still don't want to, or simply won't see it. A Requiem for the Indifferent but also a possibility for a new beginning with great new chances!" 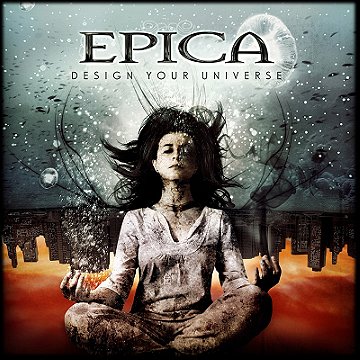 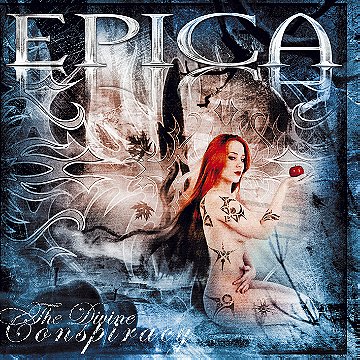 The Divine Conspiracy is the third full-length studio album by Dutch symphonic metal band Epica as well as their first concept album. It was released on September 7, 2007 through Nuclear Blast in Europe. The concept that guides the songs is that God created many different religions for humanity to figure out and overcome them so as to discover that, in nature and essence, they were all in fact the same one (hence the name, "The Divine Conspiracy"). 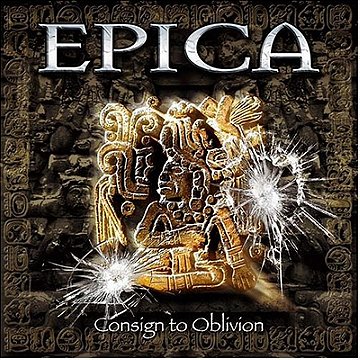 Consign to Oblivion is the second studio-album by Dutch symphonic metal band Epica, and was released in April 2005. "Trois Vierges" features a guest appearance by former Kamelot vocalist Roy Khan. The album's lyrics are heavily influenced by Mayan Civilization. The CD was released with copy control on it. This CD started a new "saga", called A New Age Dawns. This saga is continued on the album Design Your Universe. Stylistically, the album is more focused towards orchestration than other Epica releases and features heavy use of a chorus. Additionally, Mark Jansen's death growls appear less frequently, occurring on only three songs, "Force of the Shore", "Mother of Light" and "Consign to Oblivion". But a bonus track, the Death cover "Crystal Mountain" includes grunts, and a grunt version of "Quietus" was released on the "Quietus (Silent Reverie)" single, making it five songs with grunts. 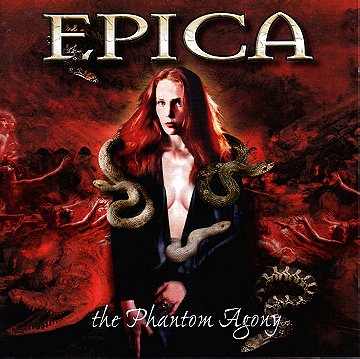 The Phantom Agony is the first full-length studio album by Dutch symphonic metal band Epica. It was released in 2003 by the Dutch label Transmission Records. It is the first album recorded by guitarist Mark Jansen after his departure from the band After Forever. 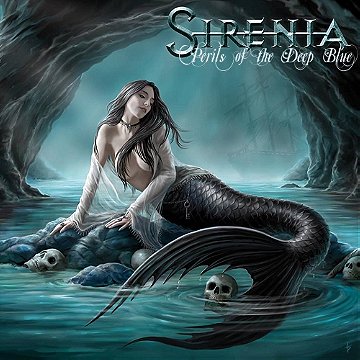 Perils of the Deep Blue

Perils of the Deep Blue is the sixth full-length album by the Norwegian gothic metal band Sirenia. It was released on June 28 of 2013 in Europe, July 1st in the United Kingdom and July 9 in North America through Nuclear Blast.

The 13th Floor is the fourth full-length studio album by the Norwegian gothic metal band Sirenia and their first with the Spanish vocalist Ailyn. It was released on 23 January 2009, through Nuclear Blast. The album features guest appearances by Jan Kenneth Barkved (who had also made some guest appearances on their album At Sixes and Sevens), and the French violin player, Stephanie Valentin, who adds to the sound along with the choir that has been a part of their sound since the beginning. 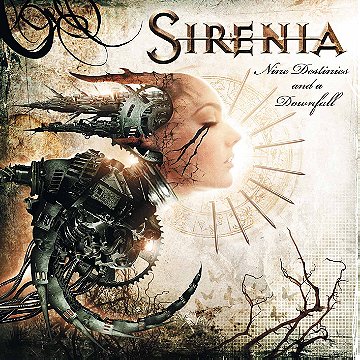 Nine Destinies and a Downfall

Nine Destinies and a Downfall is the third full-length studio album by the Norwegian gothic metal band Sirenia. It was released on 23 February 2007 through Nuclear Blast. 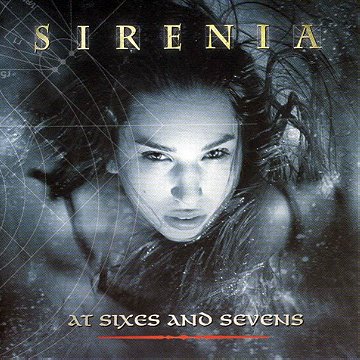 At Sixes and Sevens

At Sixes and Sevens is the debut studio album by the Norwegian gothic metal band Sirenia, and their only album featuring the vocals of French singer Fabienne Gondamin. The woman on the cover is a Norwegian model, picked by the designer to represent a Siren. 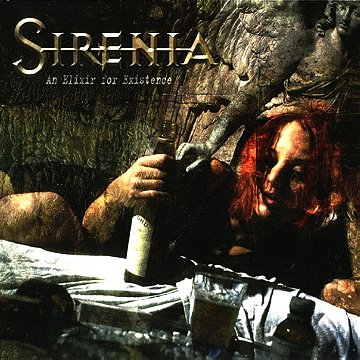 An Elixir for Existence

An Elixir for Existence is the second studio album by the Norwegian gothic metal band Sirenia, released in 2004. The album follows in the same vein as the previous At Sixes and Sevens, but includes a new female vocalist, Henriette Bordvik. 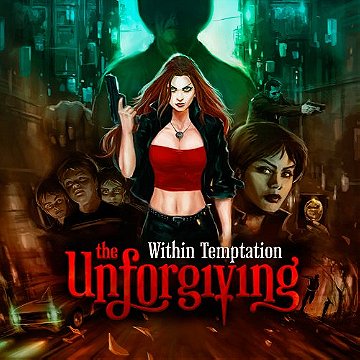 The Unforgiving is the fifth studio album by Dutch symphonic metal band Within Temptation, released by Roadrunner Records March 25, 2011. The album was released alongside a comic book series and a series of short films, to encompass a concept story.

The Heart of Everything

The Heart of Everything is the fourth studio album by Dutch symphonic metal band Within Temptation, released by GUN Records on March 12, 2007 in Europe. It was released in North America on July 24, 2007 by Roadrunner Records.

The Silent Force is the third studio album by Dutch symphonic metal band Within Temptation, released on November 15, 2004, by GUN Records. This album is the first to feature Ruud Jolie on lead guitar, as well as Martijn Spierenburg on keyboards, after Martijn Westerholt had to leave the band due to illness. Only one week after its release, the album reached Gold status in the Netherlands, Belgium, and Finland. 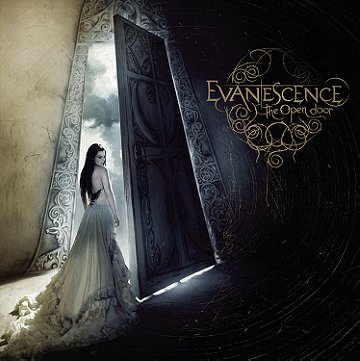 The Open Door is the second studio album by the American rock band Evanescence. It was first released in Poland on September 25, 2006, through Wind-up Records and subsequently in more than 20 other countries worldwide. Originally intended to be released in March 2006, the release date of The Open Door was changed due to guitarist Terry Balsamo's stroke, the loss of the band's former manager and Will Boyd's and Ben Moody's departure from the band. The album symbolizes a new beginning for the band, incorporating new elements in their old music such as gothic rock, symphonic rock and pop music as well as choirs on several songs. The writing process for the album took a period of over 18 months and the majority of the songs were written by Amy Lee and Terry Balsamo, while being produced by Dave Fortman. 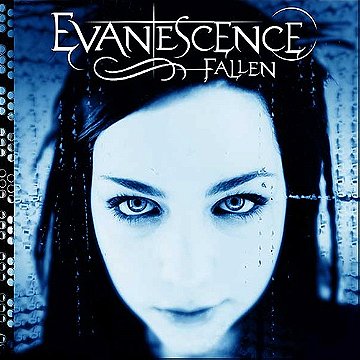 Fallen is the debut studio album by American rock band Evanescence. It was released on March 4, 2003, through Wind-up Records and Epic Records.
The album was recorded in multiple recording studios, including Conway Recording Studios in Hollywood, California. It is commercially the band's most successful album to date, selling more than seven million copies in the United States alone, and more than 17 million worldwide. It debuted at number 7 on the Billboard 200, selling more than 141,000 copies within its first week, eventually peaking at number 3 in June 2003. Internationally, it topped the charts in more than ten countries. It was certified Platinum seven times by the Recording Industry Association of America (RIAA), and acquired multiple certifications worldwide.

It's a Gothic World
21 item list by Langley
29 votes

My favorite lists (no Cinema) of listal by Rath

The Movie's That I've Watched (in progress) by Dark Warrior