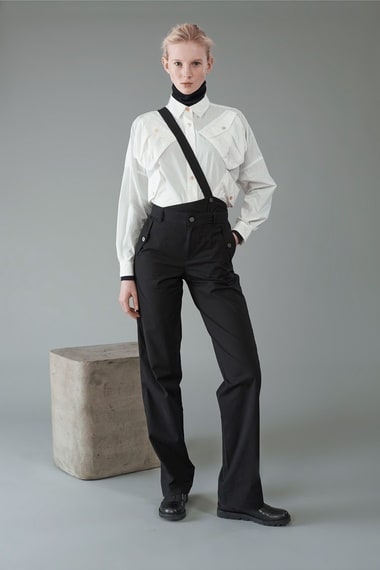 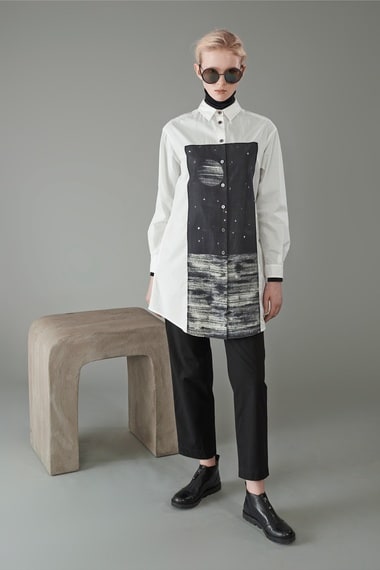 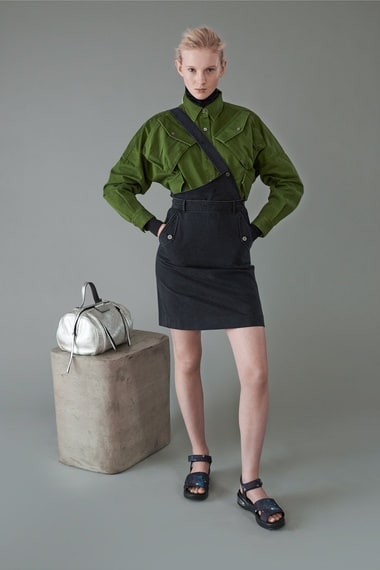 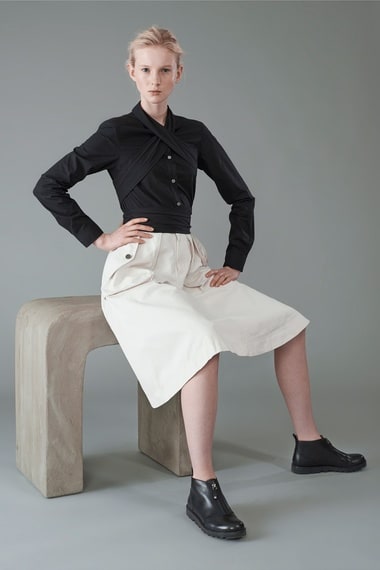 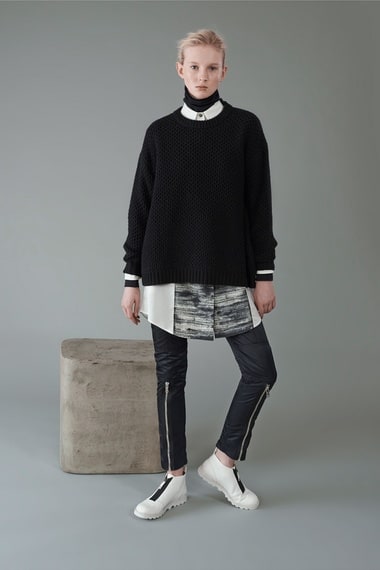 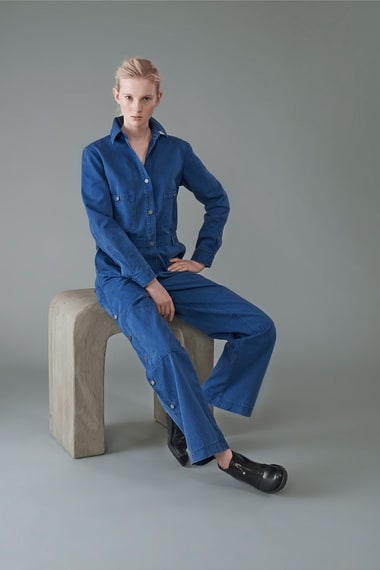 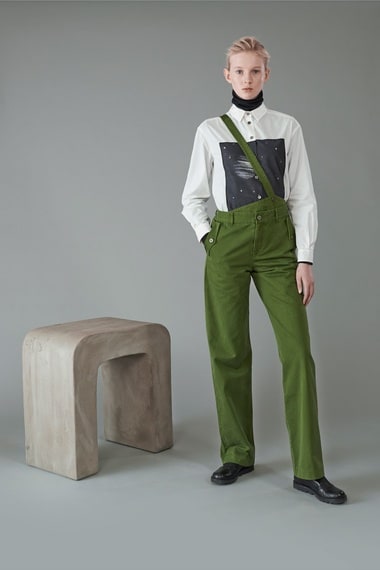 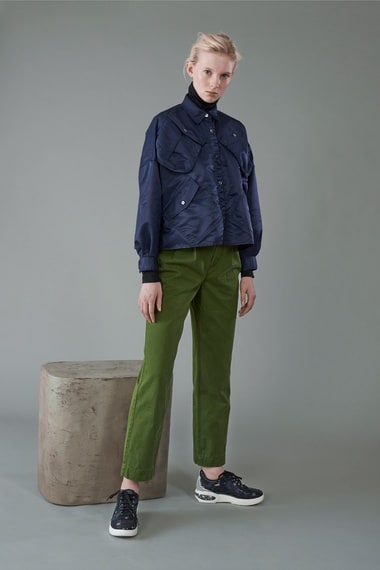 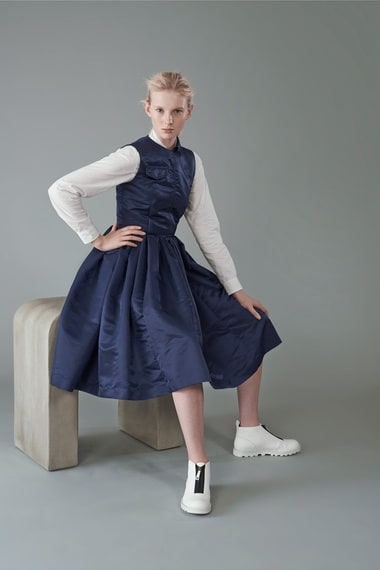 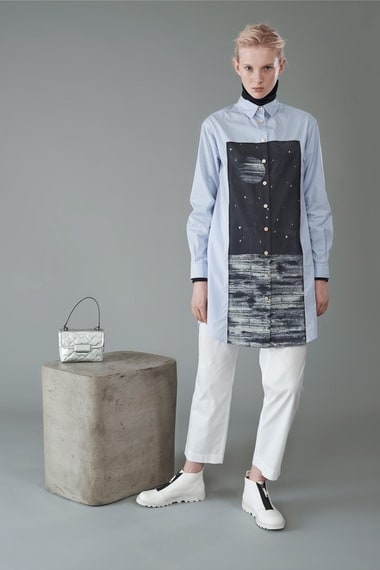 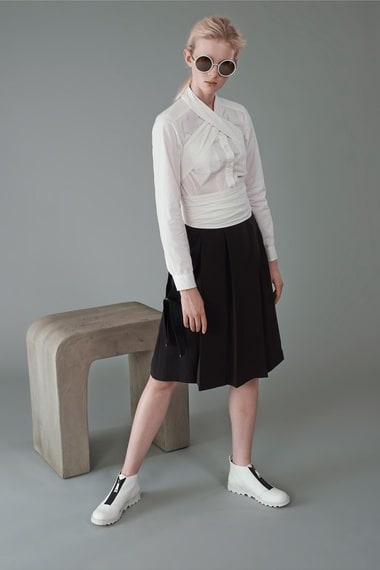 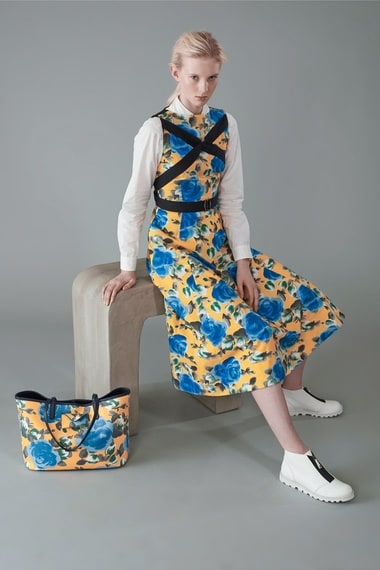 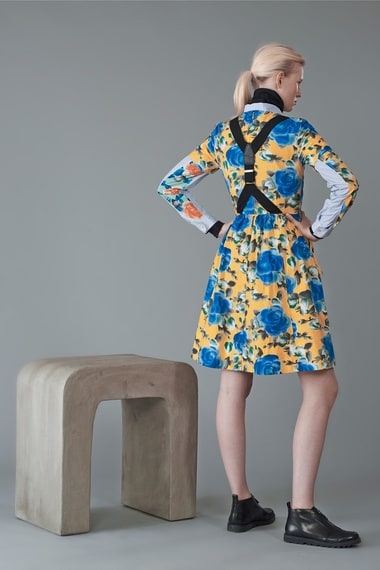 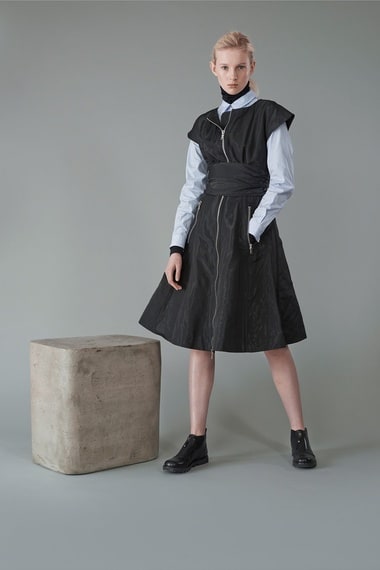 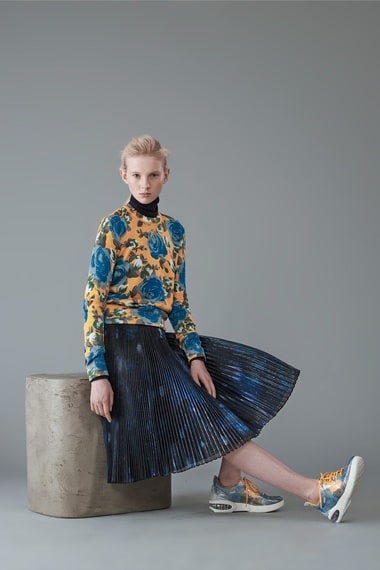 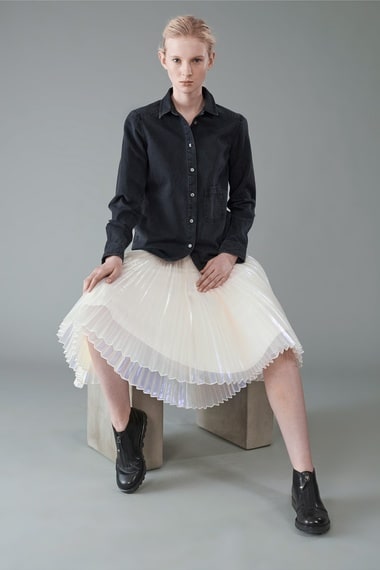 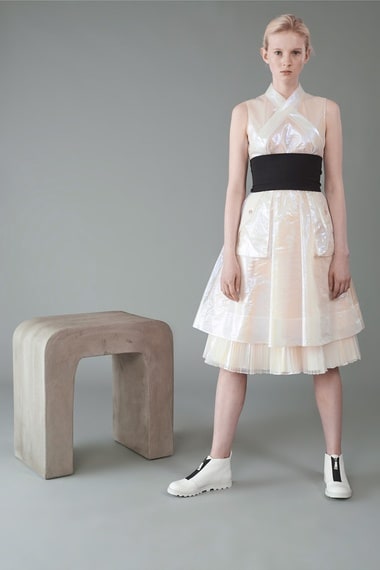 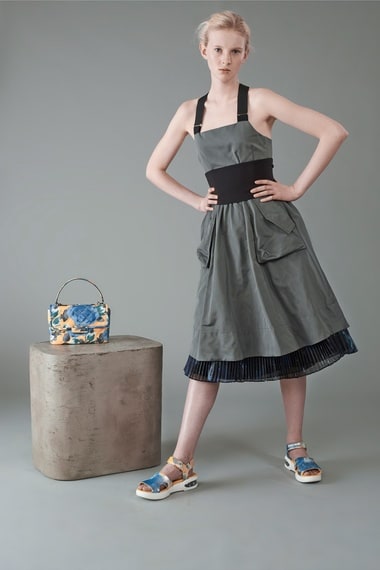 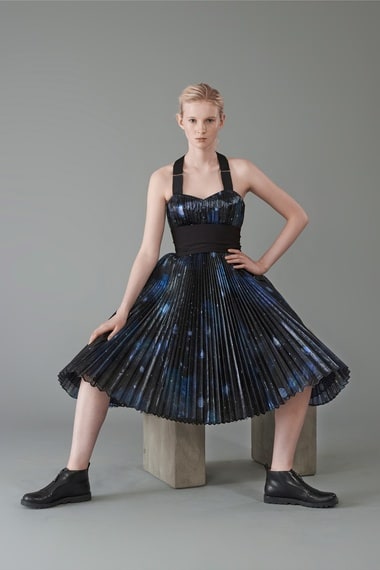 Review by Nicole Phelps
Luella Bartley and Katie Hillier earned major buzz for their Fall debut at Marc by Marc Jacobs. The Brits instantly revitalized the diffusion line, sharpening its point of view and upping its fashion quotient. Their new clothes haven't landed in stores yet, but we're predicting a run on the BMX-style graphics.

At first glance, it appears as if Bartley and Hillier have dialed back a bit on the "girl power" vibes for Resort. Bright abstract florals have taken the place of Fall's slogan graphics, and they used them for fifties-style fit-and-flare dresses. But look closer and there's still a fair bit of subversion going on. Those dresses are accessorized with elasticized webbing. Bondage attire? Parachute gear? A little of both, it turns out. Bartley explained she was looking at the Mercury 13 group of women who were trained to become astronauts only to have the program cancelled. "They were competent women who were put back into the kitchen," she editorialized, going on to say the "character is really important; having a story gives [the MBMJ girl] depth."

True enough, but it won't require a backstory to sell pieces like this season's canvas utility separates (note the pleats on the baggy trousers) or basics like button-downs that have been patchworked with prints by the illustrator Zoë Taylor, which, come to think of it, renders them not so basic after all. And back to the slogan graphics for a moment: Bartley and Hillier didn't reject them entirely for Resort. The "DON'T PANIC" sweaters are destined to be hits.

Places I want to go by Judith

My Movie Highlights of 1990 by Anautix

Jie He Artwork by Janet