The Legend of the Scarecrow

How The Scarecrow Came To Be

As my element is earth and my affinity for growth,stability and everything connected to life,in her purely way, made this legend my favourite.
I was born in a very beautiful village.
I remember when I was running trough the valleys full of flowers and smell the sweet, freshly mowed grass. My favorite place to hide was in the cornfields, because no one ever found me. And also because the scarecrow, somehow filled me with magic and mystery.
I decided to share this memory with all of you my friends.Down here,I've added a legende picked up from:
myths.e2bn.org/mythsandlegends/
And also some pictures and why not a song theme.
Have fun

Every day was the same for the scary man; he had only to leave his house for others people to scurry away. His face looked angry, even when he smiled he just looked threatening. Nobody ever stopped to pass the time of day with him and he was so lonely. One day as he walked on the far side of a tall hedge so he did not frighten the labourers in the fields, he heard one of the men sigh. "I wish", said the man "I could be like the birds and fly away to a land where there was plenty of food and fields rich in crops".

It had been the third scorching hot summer and once again the remaining crops were being eaten by the crows. On hearing this, the scary man had an idea. He went home and consulted his magic books. Now magic can never be used for your own gain, so the scary man was unable to make himself handsome or charming, however it can be used for the benefit of others and all magicians are able to grant three wishes. As it turned out that night was stormy, the type of night that was particularly useful for casting spells.

The next morning the scary man woke to cries and wails from the people of the valley. He leapt out of his bed, out the door and headed towards the village. He saw the man that had made the wish leaning against his barn. The man looked much the same, except for one striking difference, instead of arms the man now had wings. The same thing had happened to the other labourers who had been working in the fields. "Why are you crying?" said the scary man, "I granted your wish, you have wings now you can fly". "Yes", sobbed the man, "but I have no hands to eat my food with, or to pick up my children, or to dig the land to plant any crops".

The scary man looked down in shame, he had not thought of the consequences of his gift, now they will all hate me and drive me out of the district he thought. Then he had an idea. He said to the man. "I can grant the villagers three wishes, you still have two wishes left. If you use your second wish to have your arms returned to normal", tomorrow I can grant a third wish, maybe this could be for plentiful food.

So the man made his second wish and the scary man promised to return the next day to grant a third wish. Feeling much better and quite pleased with himself, the scary man made his way home. The next morning, just as he left his house, he ran into a young girl clearly in distress.

"Don't be afraid", said the scary man "what is wrong". "I am a shepherdess", wailed the girl "and I can no longer do my work, for as I was crossing the bridge a gust of wind blew my dog in the river and he has drowned. I wish he was still alive". Without a second thought the scary man granted the girls wish and with her dog once more at her side she headed off towards the village.

It was then, to his horror that he realized that he had used up all of his magic. How could he possibly go back to the village now? This time the people would drive him out for sure. He walked slowly and sadly towards the village. As he walked the rabbits scurried quickly to their burrows and the birds flew from the trees.

As he expected the villagers were very angry. "You promised us food", they said "and now we have nothing, look at the crows taking what little we have left from the fields". It was then that the scary man had an idea. Where ever he went the animals would scurry away. What if he was to stand in the field and scare away the crows. And this is just what he did. Every day from sunrise to sunset, whatever the weather, the scary man stood in the field and whilst he was there the crows stayed away and the crops grew and ripened.

Seeing his dedication the villagers soon stopped to chat with him and brought him water and other small gifts. For the first time in his life the scary man had friends and each night as the sun set he went home happy. That year the villagers had plenty to eat. And the next year, and the next, as the scary man kept his promise and day after day kept his watch in the fields.

Eventually the scary man grew old and died and once more the crows retuned to the field. It was then that the villagers had an idea for they took a pumpkin and some straw and made a life sized model in the image of the scary man. They dressed the straw man in some of the old clothes that had belonged to him. They then placed the straw man in the field to scare the crows and to their surprise the scarecrow worked.

So in the field the scarecrow stood, day after day, propped up on his pole with his orange pumpkin head, torn shirt and trousers that were too short. Every day was just the same, however the night times were different, for there was still a little magic left in the clothes that had once belonged to the scary man. Every night the scarecrows eyes and mouth would glow bright orange and he was able to climb off the pole and run across the field and grant wishes to those fortunate enough to meet him without fear. 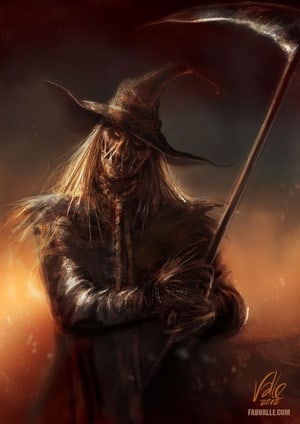 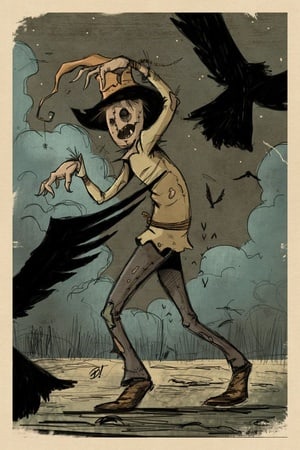 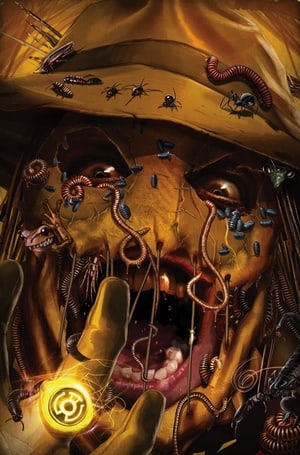 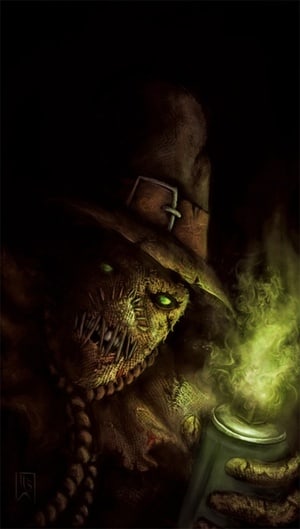 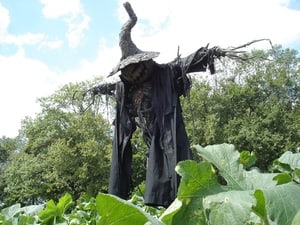 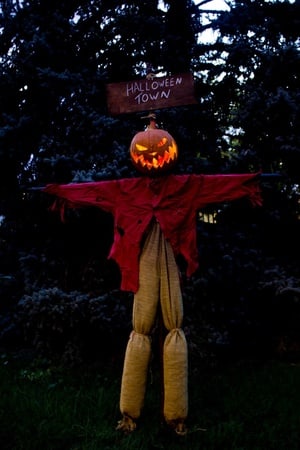 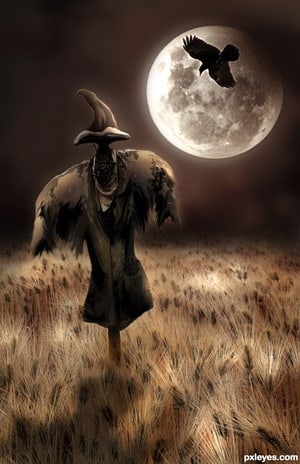 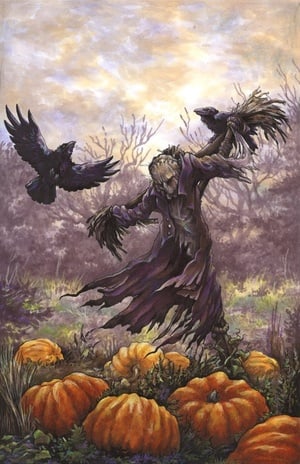 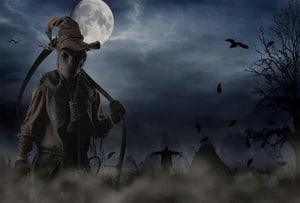 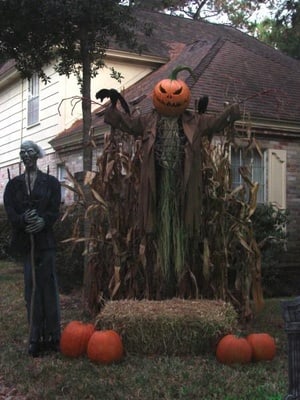 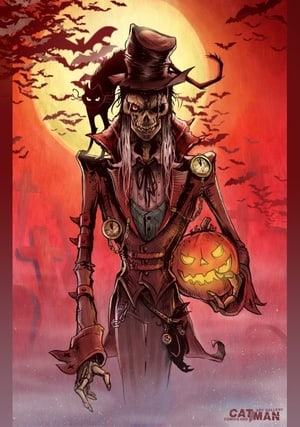 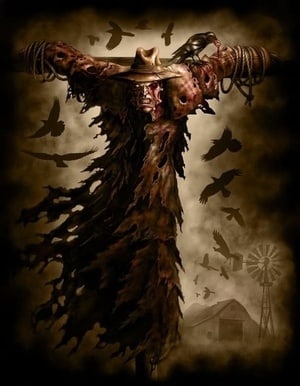 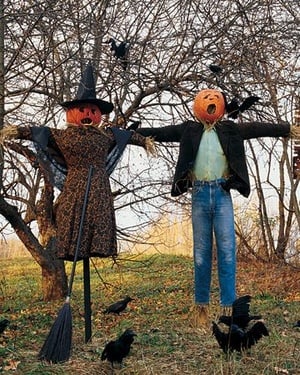 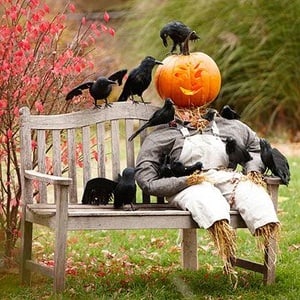 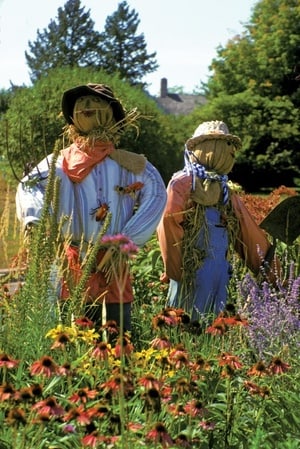 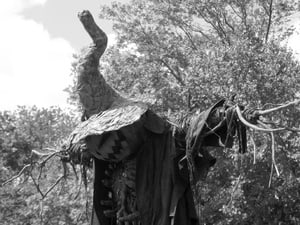 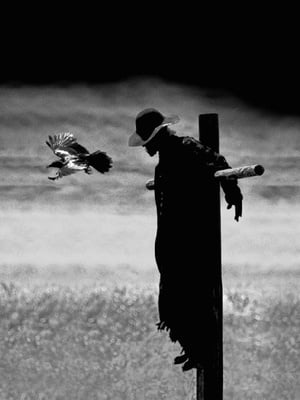 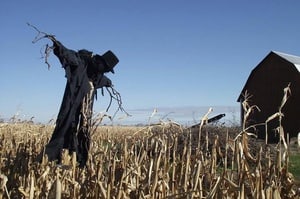 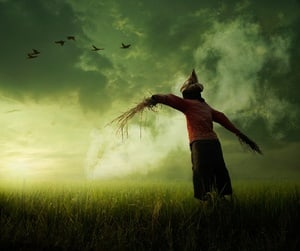 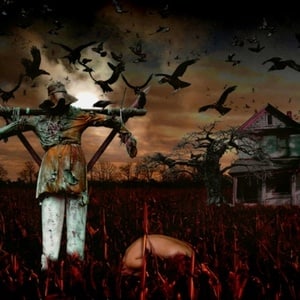 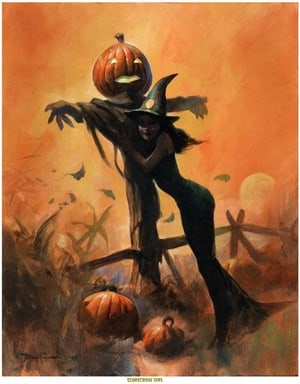 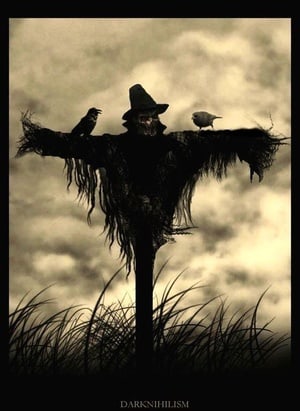 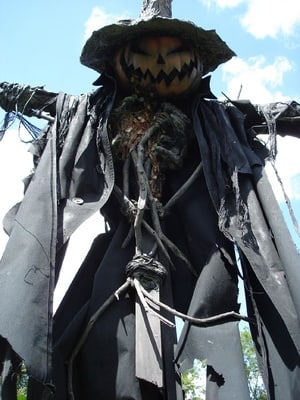 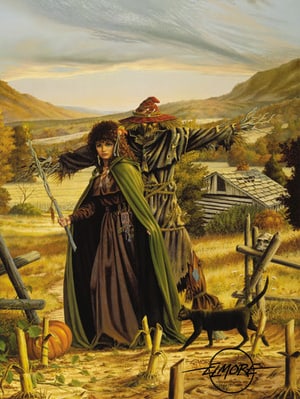 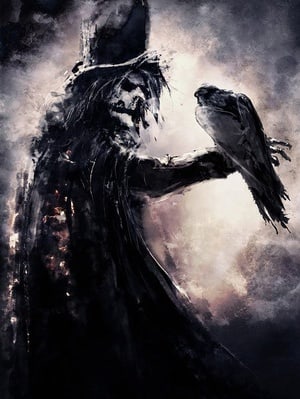 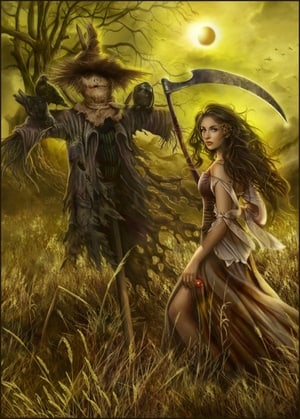 my favorite movie posters by ♛ViσlєTa♛

The World Cup DOG by ♛ViσlєTa♛

Chocolate is the answer by Katherine Fall