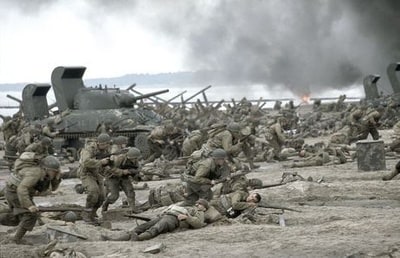 Plot: Following the Normandy Landings, a group of US soldiers go behind enemy lines to retrieve a paratrooper whose brothers have been killed in action.

"He better be worth it. He better go home and cure a disease, or invent a longer-lasting light bulb."

When The Order Came To Retreat, One Man Stayed. 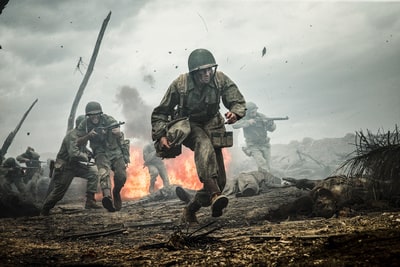 Plot: WWII American Army Medic Desmond T. Doss, who served during the Battle of Okinawa, refuses to kill people, and becomes the first man in American history to receive the Medal of Honor without firing a shot.

With Braveheart, The Passion of the Christ and Apocalypto under his directorial belt, Mel Gibson's track record as a filmmaker is second to none, and thankfully his staggering winning streak is confidently maintained with 2016's Hacksaw Ridge. Even though a decade has elapsed since Gibson's Apocalypto, he makes his return behind the camera without missing a beat, showing yet again why he seriously needs the opportunity to direct more movies. A stunningly vivid World War II picture, Hacksaw Ridge dramatises the heroic story of conscientious objector Desmond Doss (Andrew Garfield), who determinedly set out to serve his country without ever picking up a weapon. Almost impossibly, Gibson transforms what could have been a preachy religious fable into a frequently gripping and emotive war film.

"With the world so set on tearing itself apart, it don't seem like such a bad thing to me to want to put a little bit of it back together."

Leave No Man Behind 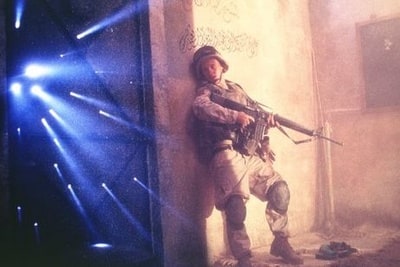 Plot: 123 elite U.S. soldiers drop into Somalia to capture two top lieutenants of a renegade warlord and find themselves in a desperate battle with a large force of heavily-armed Somalis.

Once released in 1998, Steven Spielberg's Saving Private Ryan ushered in a new type of war film for the mainstream market. The days of war movies containing sanitary, romanticised imagery of the battlefield had come to an end, and in their place were visceral, gritty war pictures conveying the true realities of wartime horror in an unflinching fashion. Although a big-budget Hollywood production created by a popcorn movie peddlers, 2001's Black Hawk Down abides by the Saving Private Ryan approach; offering an indelibly powerful look at the realities of modern warfare. Loud, relentless and brutal, this harrowing and raw motion picture places you in the moment and allows you to experience the sensation of being caught in combat with no place to go. Without any cheesy subplots to weigh it down, Black Hawk Down is almost wall-to-wall combat, and it is an utterly gripping cinematic experience.

"Nobody asks to be a hero, it just sometimes turns out that way."

In The Heat Of Battle, Not All Soldiers Can Be Heroes 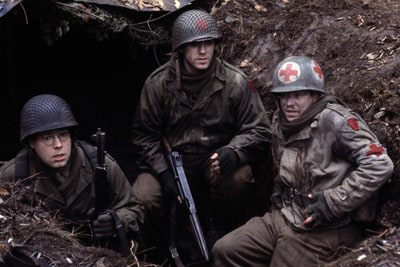 Plot: A private in the latter days of WWII on the German front struggles between his will to survive and what his superiors perceive as a battlefield instinct.

When Trumpets Fade is a far better motion picture than most will be expecting. A forgotten TV movie produced by HBO in 1998, it shines a light on one of the most overlooked WWII battles in history; the Battle of Hürtgen Forest, which occurred in the latter months of 1944. The conflict was brought to an end mere days before the commencement of the Battle of the Bulge, hence Hürtgen Forest is not as well-known today, but there were a staggering 33,000 American casualties throughout the exceedingly horrific battle. Directed by John Irvin (Hamburger Hill), When Trumpets Fade explores the fierce nature of the combat within Hürtgen Forest, and underscores the dark nature of this overlooked battle. And it's amazing. Ironically, the release of Steven Spielberg's Saving Private Ryan in the same year overshadowed this skilful telemovie, rendering it just as forgotten as the fragment of history that it covers.

"You don't think about it, you don't hesitate, you just do it, you understand? Otherwise, you're gonna go home to your mama in a box, alright?" 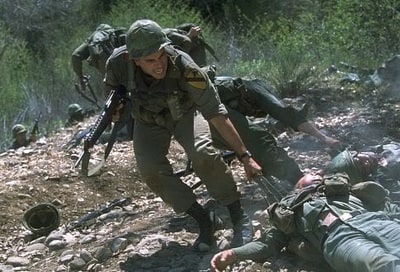 Plot: The story of the first major battle of the American phase of the Vietnam War and the soldiers on both sides that fought it.

The First Casualty Of War Is Innocence. 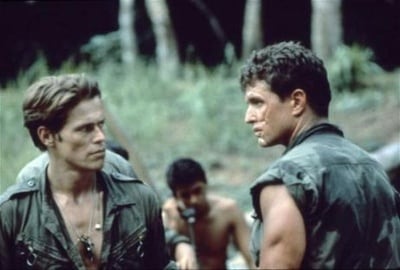 Plot: A young recruit in Vietnam faces a moral crisis when confronted with the horrors of war and the duality of man.

"I love this place at night. The stars... there's no right or wrong in them. They're just there." 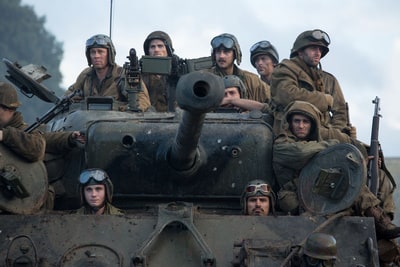 Plot: April, 1945. As the Allies make their final push in the European Theatre, a battle-hardened Army sergeant named Wardaddy commands a Sherman tank and his five-man crew on a deadly mission behind enemy lines. Outnumbered, out-gunned, and with a rookie soldier thrust into their platoon, Wardaddy and his men face overwhelming odds in their heroic attempts to strike at the heart of Nazi Germany.

"Ideals are peaceful. History is violent."

The Courage To Face Fear 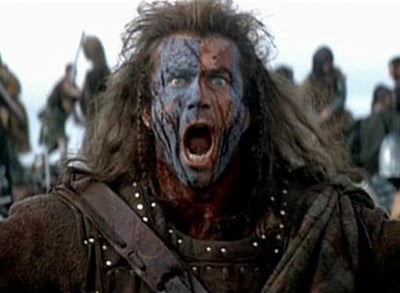 "It's all for nothing if you don't have freedom." 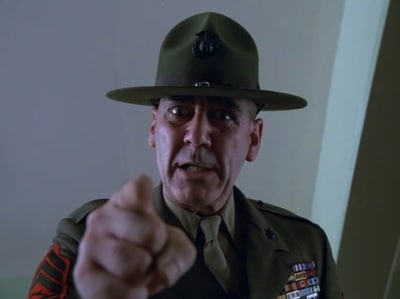 Plot: A pragmatic U.S. Marine observes the dehumanizing effects the Vietnam War has on his fellow Marine recruits from their brutal basic training to the bloody street fighting set in 1968 Hue, Vietnam.

"These are great days we're living, bros. We are jolly green giants, walking the Earth with guns. These people we wasted here today are the finest human beings we will ever know. After we rotate back to the world, we're gonna miss not having anyone around that's worth shooting." 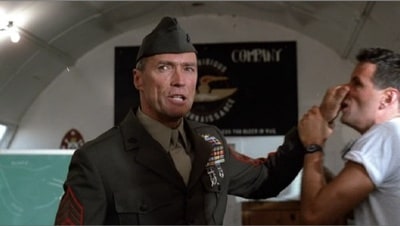 Plot: A hard-nosed, hard-living Marine gunnery sergeant clashes with his superiors and his ex-wife as he takes command of a spoiled recon platoon with a bad attitude.

Produced and directed by the legendary Clint Eastwood (who also plays the lead role), Heartbreak Ridge is a remarkable war-drama which essentially features Dirty Harry in a Marine Corps setting. More or less a space in which the actor-director was able to work out all his feelings and opinions about the American military, Eastwood's film is pervaded with a predictable storyline, but is nonetheless an enthralling motion picture benefitting from strong character development, a sharp script, and an incisive look at the pitfalls of life as a career marine. Additionally, it benefits from memorable one-liners and a great deal of classic Clint to love.

"My name's Gunnery Sergeant Highway and I've drunk more beer and banged more quiff and pissed more blood and stomped more ass that all of you numbnuts put together. Now Major Powers has put me in charge of this reconisence platoon."

This is a selection of my favourite war films, logically enough. Before people start jumping down my throat asking why I didn't include obvious choices like Schindler's List or The Deer Hunter, the reasoning is simple: there are war dramas, and there are war movies which do not shy away from scenes of combat. So while I appreciate the war dramas, I love the combat-based pictures.

Favourite Movies from the Year I was Born (1987) by Dav1d

Actors and Hitler by johny

The greatest films of all time: Action by Nusch

The Evolution of Batman (Animated) by nehocb

10 Must See Anti-War Movies by Luxi