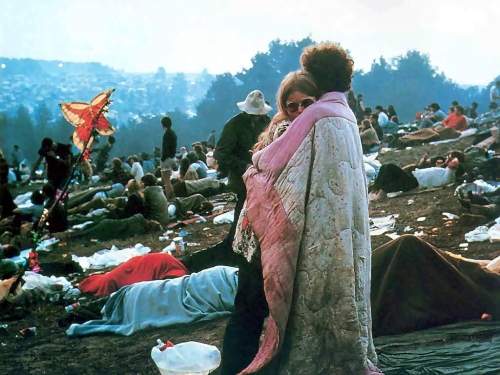 The film chronicle of the legendary 1969 music festival which took place in Woodstock, New York State. 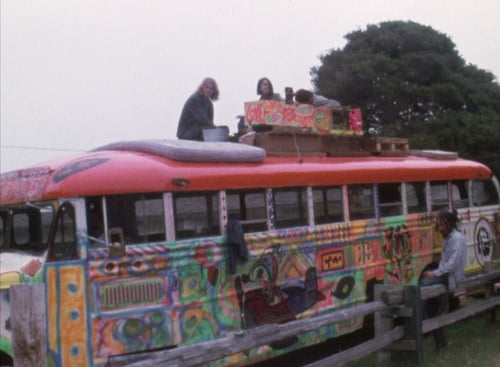 A film about the greatest pre-Woodstock rock music festival which took place in Monterey, California. 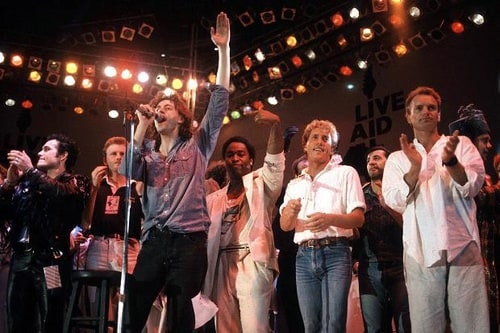 Live Aid was a dual-venue concert held on 13 July 1985. The event was organised by Bob Geldof and Midge Ure to raise funds for relief of the ongoing Ethiopian famine. Billed as the "global jukebox", the event was held simultaneously at Wembley Stadium in London, England, United Kingdom (attended by 72,000 people) and John F. Kennedy Stadium in Philadelphia, Pennsylvania, United States (attended by about 100,000 people).

On the same day, concerts inspired by the initiative happened in other countries, such as Australia and Germany. It was one of the largest-scale satellite link-ups and television broadcasts of all time: an estimated global audience of 1.9 billion, across 150 nations, watched the live broadcast.
kathy's rating: 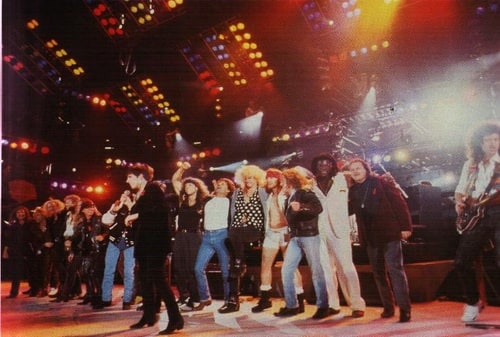 A benefit concert in memory of the lead singer of Queen held at Wembley Stadium on 20th April 1992. Mercury died of AIDS and so some of the proceeds of this concert went to AIDS research. Performers alternate between doing their own hits, covering Queen songs, or jamming with the surviving members of Queen.
kathy's rating: 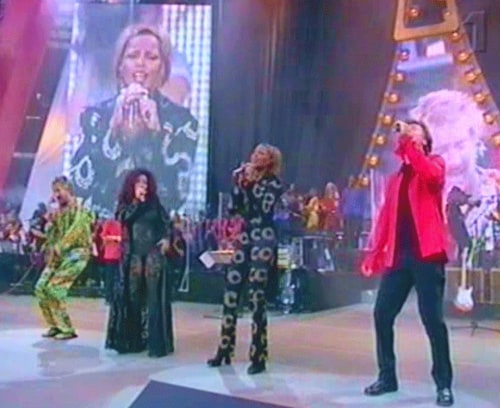 This global broadcast broke new ground in international entertainment. It took 10 of the world's most popular stars and cast them in unique duets, trios and quartets to sing the greatest hits of the previous 40 years. The show went backwards in time from 1996 to 1956 choosing one song per year as it went. Each year was then introduced by iconic images of the year of the song. 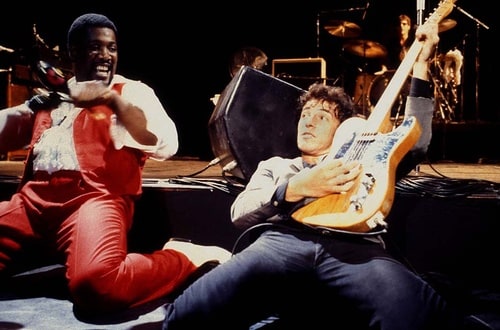 A documentary and concert film that contained selections from the September 1979 Madison Square Garden concerts by the MUSE (Musicians United for Safe Energy) collective with Jackson Browne, Graham Nash, Bonnie Raitt and John Hall being the key organizers of the event and guiding forces behind the film.

Also included were scenes of the organizers getting the event together, expounding upon the dangers of nuclear power and staging a rally at Battery Park in New York City.

This was the first official appearance of Bruce Springsteen & The E Street Band's much ballyhooed live act on film and many critics hailed their performances as the best in the documentary.
kathy's rating: 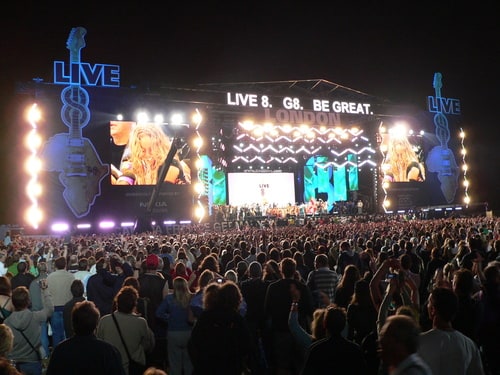 Live 8 was a string of benefit concerts that took place on 2 July 2005 in the G8 states and in South Africa. They were timed to precede the G8 conference and summit held at the Gleneagles Hotel in Auchterarder, Scotland from 6–8 July 2005; they also coincided with the 20th anniversary of Live Aid.

Run in support of the aims of the UK's Make Poverty History campaign and the Global Call for Action Against Poverty, ten simultaneous concerts were held on 2 July and one on 6 July. On 7 July, the G8 leaders pledged to double 2004 levels of aid to poor nations from US$25 billion to US$50 billion by the year 2010. Half of the money was to go to Africa.

More than 1,000 musicians performed at the concerts, which were broadcast on 182 television networks and 2,000 radio networks.
kathy's rating: 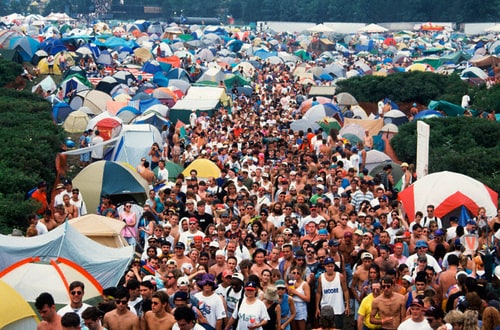 A music festival organized to commemorate the 25th anniversary of the original Woodstock festival of 1969. Held on 12th, 13th and 14th August 1994 in Saugerties, New York State with the crowd estimated at 350,000.
kathy's rating:

A list of my favorite films of music festivals and special one-off concerts at which multiple artists performed together.

Zoo Scenes in Films by Kandi

Movies Set in Caribbean by Kandi

Favorite Images of Celebrities with Animals #29 by kathy