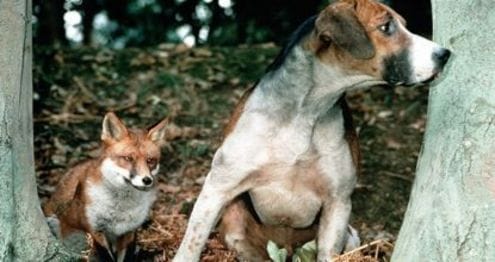 Based on the novel "The Ballad of the Belstone Fox", this heartwarming film chronicles the life of a fox much smarter than the dogs that hunt him. In fact, they never could catch him!
kathy's rating: 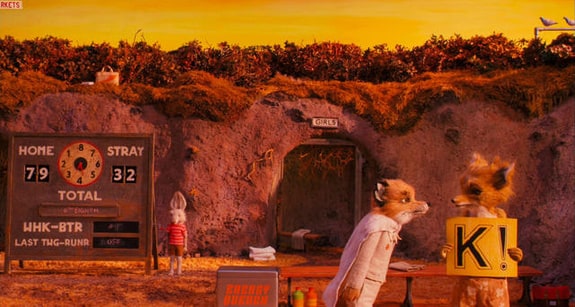 Mr and Mrs Fox live an idyllic home life with their son Ash and visiting young nephew Kristopherson. But after 12 years, the bucolic existence proves too much for Mr Fox’s wild animal instincts. Soon he slips back into his old ways as a sneaky chicken thief and in doing so, endangers not only his beloved family, but the whole animal community.

Trapped underground and with not enough food to go around, the animals band together to fight against the evil Farmers - Boggis, Bunce and Bean - who are determined to capture the audacious, fantastic Mr Fox at any cost.
kathy's rating: 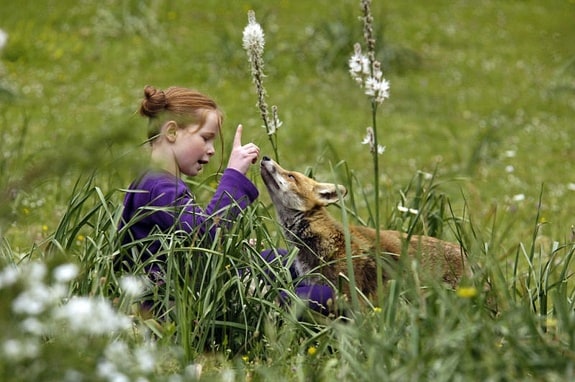 A young girl of about 10 years lives in a farm house in the Jura mountains in eastern France. One day in autumn, when she rides her bicycle to school through the forest, she observes a hunting fox. Of course, the fox escapes, but the girl yearns to meet the animal again. Over time, they eventually become friends.
kathy's rating: 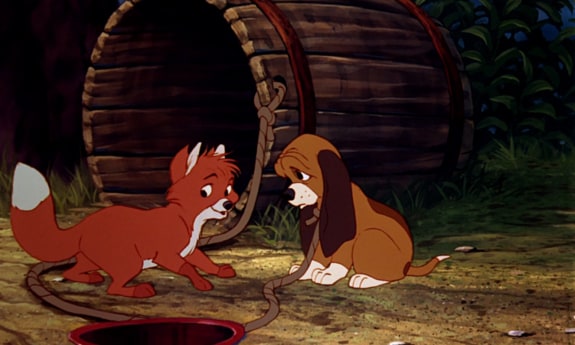 A fox and a hound become unlikely companions and, even through adversity and separation, defend and protect one another. 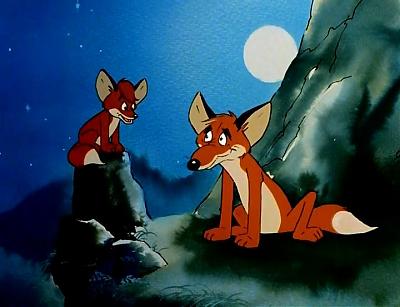 Vuk, the little fox, lives happily among his many siblings in their parents' home. As he is livelier and snappier than the others, one day he wanders into the forest alone. When he arrives back home, he discovers that his whole family has disappeared. Only later, he comes to know that those responsible are the feared human hunters (called 'bare-skins' by the animals).

But luckily for Vuk, his old uncle Karak looks after him and the seasoned elder brings Vuk up to be the most cunning and successful fox in the forest.
kathy's rating: 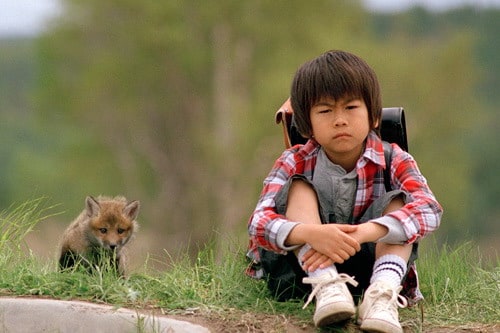 Leaving school for the day, Taichi, a seven-year old Japanese boy, finds a baby fox by a roadside in rural Hokkaido. The two bond and Taichi decides to leave the fox with the police as a lost item.

The policeman on duty takes a reluctant Taichi and the fox to the local Yajima Veterinary Clinic. It turns out that Taichi has been living with Ko, the vet, and his teenage daughter Misuzu since his free-spirited mother Ritsuko went to Micronesia to work as a photographer.

Many people leave abandoned animals with Ko. He has very few paying customers and most of his income is generated from boarding a friendly dog so frequently that it is almost part of the family.

Taichi feels abandoned as well and clashes with Ko when the vet sees the new arrival as a burden, especially after discovering that the fox is deaf and blind. However, Taichi names the cub Helen after Helen Keller and attempts to bring her back to full health while teaching her about the world. Even though Taichi gets her to eat, Helen suffers increasing fits stemming from her damaged brain.
kathy's rating: 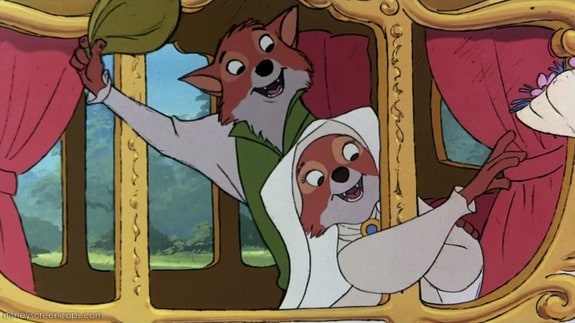 Retelling of the Robin Hood legend with animals for the characters. Robin Hood is an outlaw who starts to form a gang in Sherwood Forest to fight the injustices of the Sheriff of Nottingham, who levies unpayable taxes upon the people.
kathy's rating: 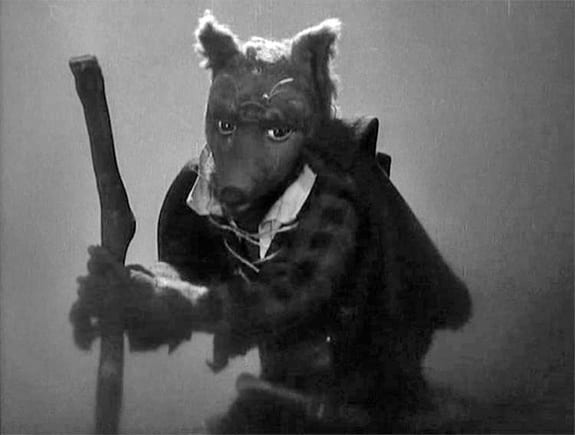 Predating Disney's 'Snow White and the Seven Dwarfs' by a good few years, this was one of the very first animated features, with all the characters performed by stop-motion animated puppets.

It tells the story of how in the kingdom of animals, the crafty Master Fox runs rings round all the other animals and tricks and fools everyone. The Lion King receives more and more complaints about him and orders his arrest and imprisonment. But the Fox has other ideas...

The story is taken from a from a French medieval fable.

Movies About Teacher and Students by Kandi

Ernest Hemingway in Movies by Kandi

Favorite Images of Wombats by kathy

Favorite Images of Volcanoes by kathy

Favorite Images of Otters #1 by kathy