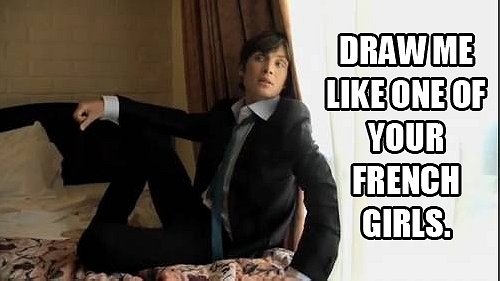 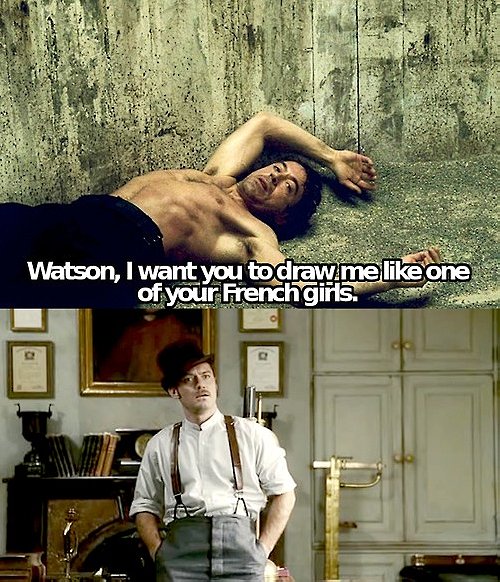 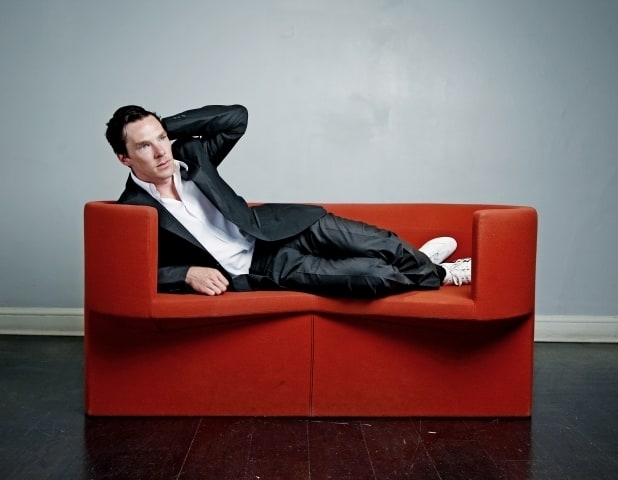 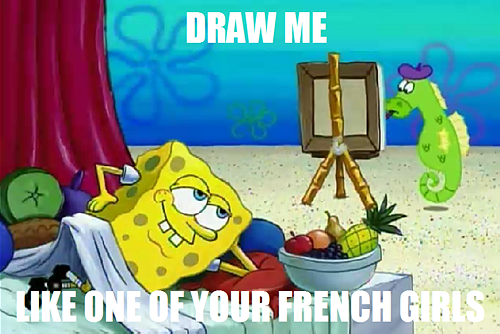 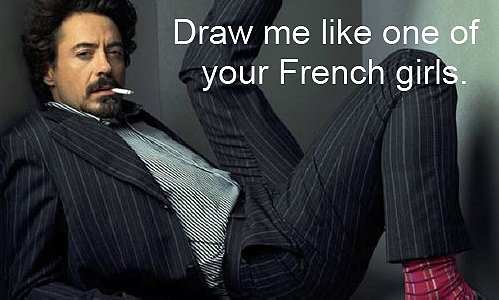 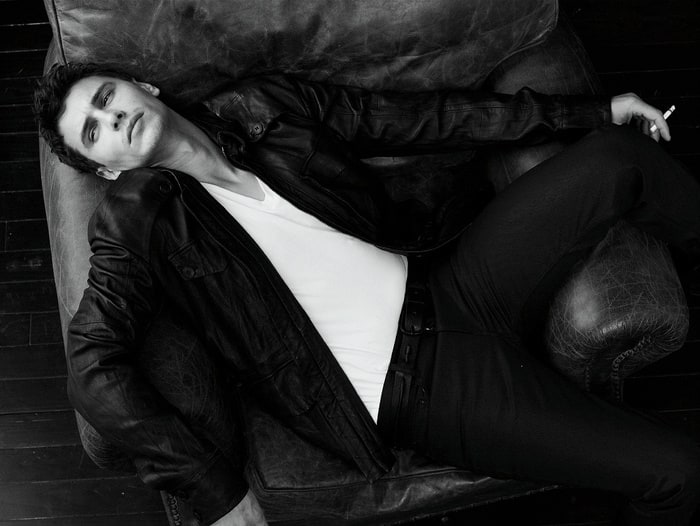 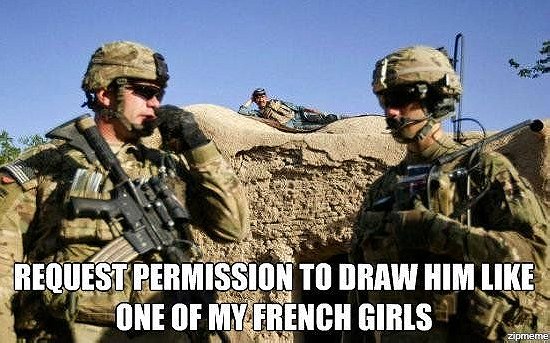 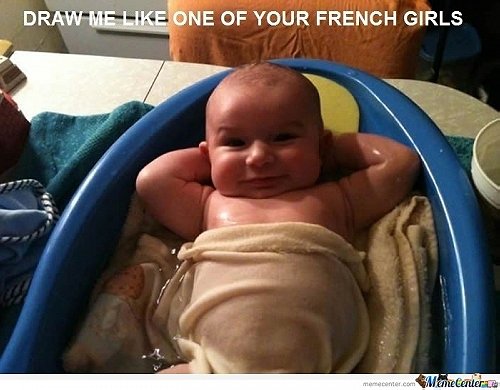 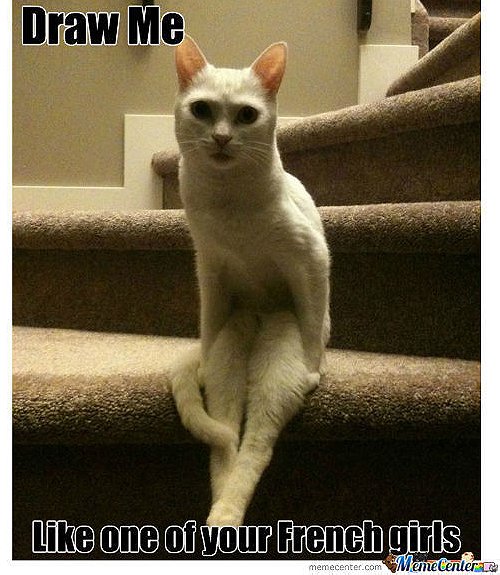 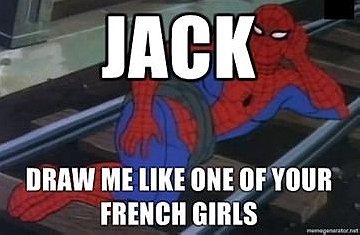 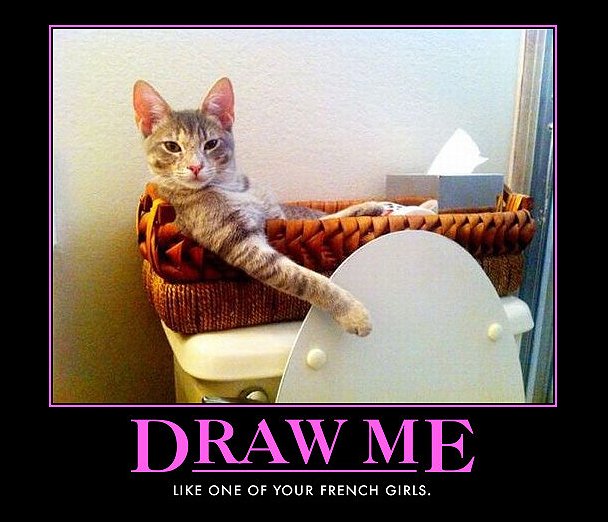 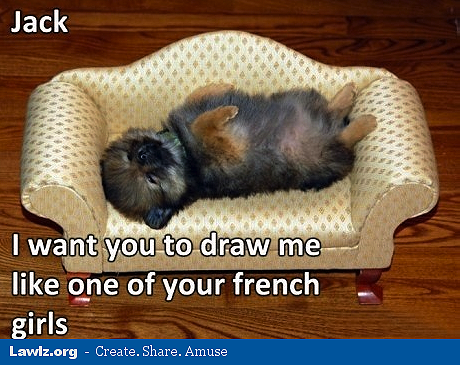 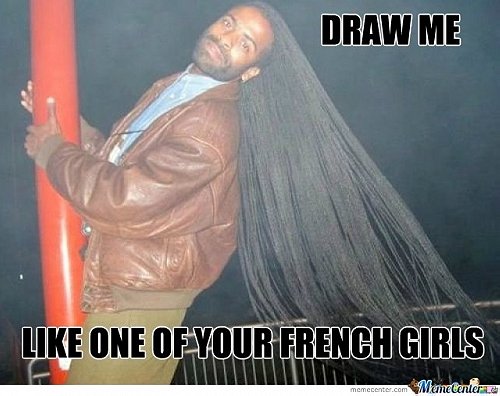 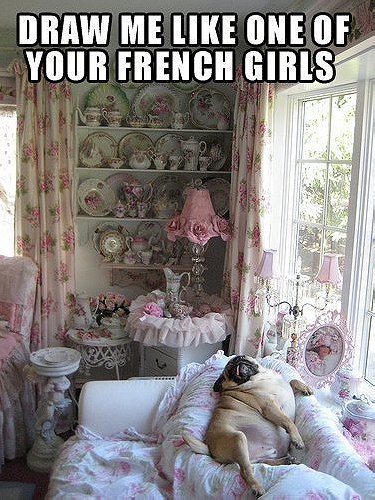 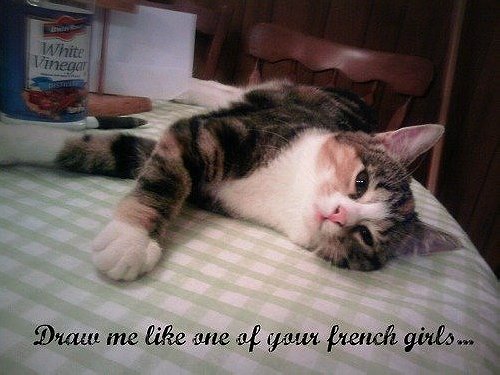 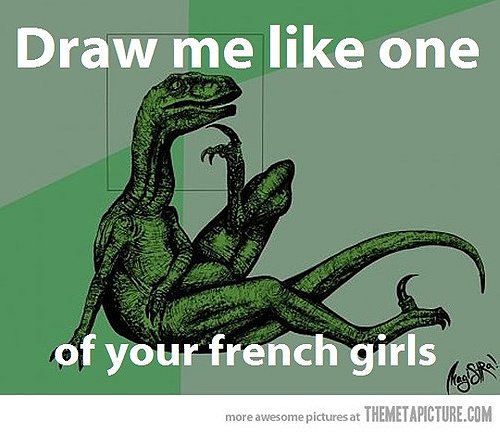 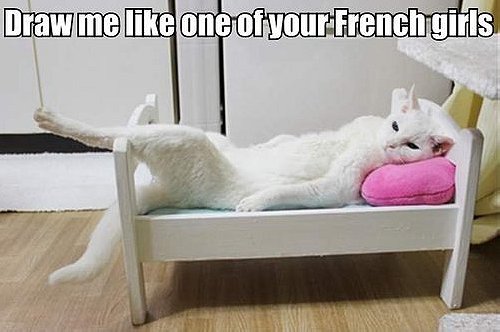 “Draw me like one of your french girls” is a catchphrase used in image macros or as a caption for photos of people or animals laying down in an alluring pose. It is used to imply that the photo is meant to be seductive.

The phrase was first used in 1997 movie Titanic.After seeing nude drawings Jack Dawson (DiCaprio) had done, Rose (Winslet) tells him, “Jack, I want you to draw me like one of your French girls” wearing only her blue diamond necklace, the Heart of the Ocean.

This picture has it by Sarqasm

Bitch please, we're sick of your shit by FG93

Red Lips and Gentlemen by XoXo

Mommies And Daddies by Goodboi

what a title tells me about a movie 2 by astro_man23