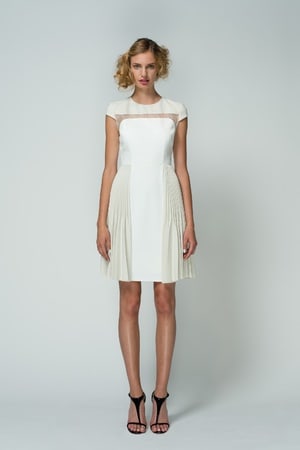 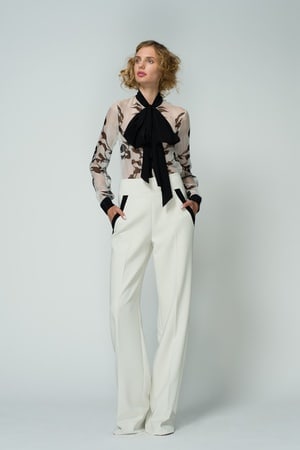 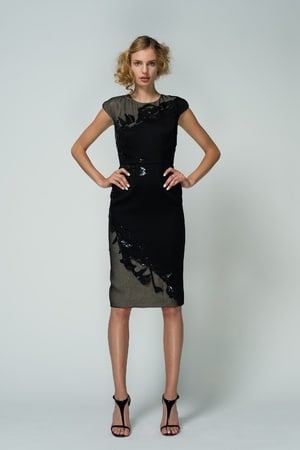 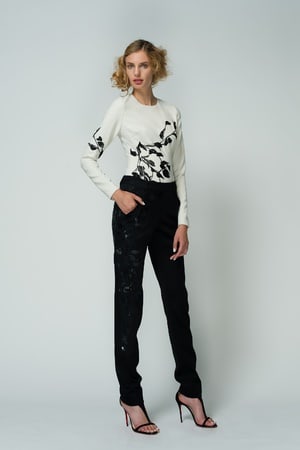 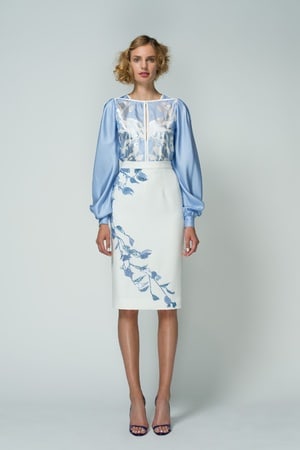 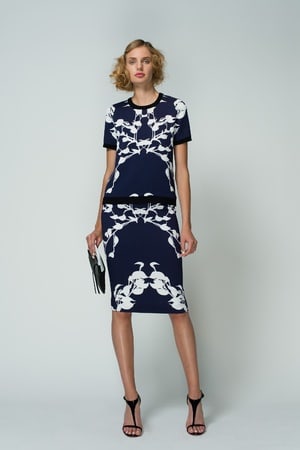 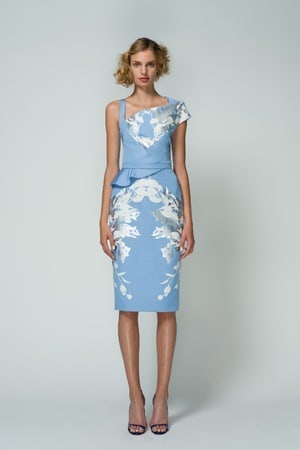 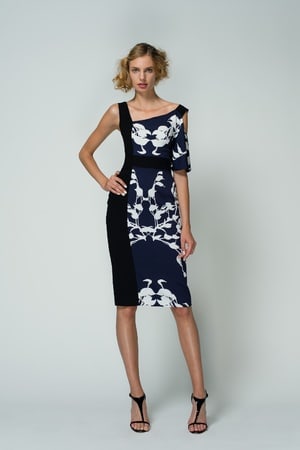 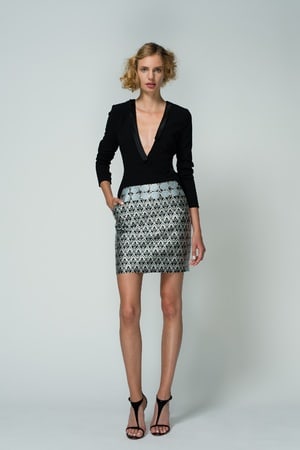 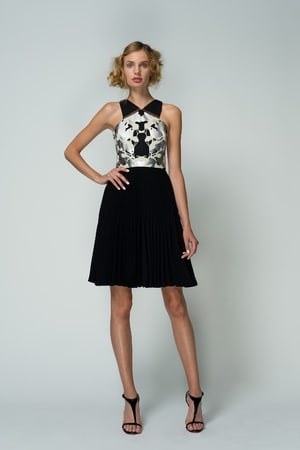 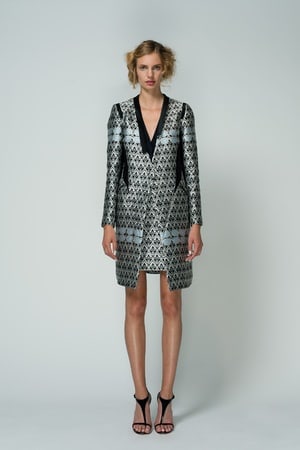 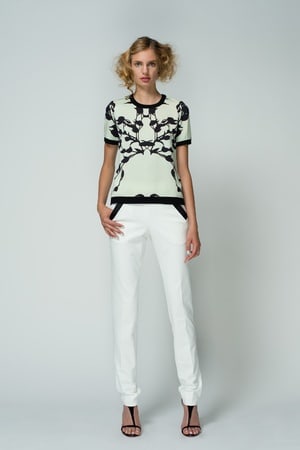 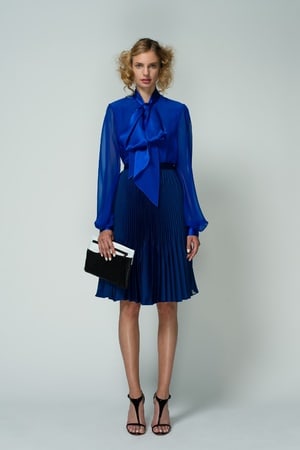 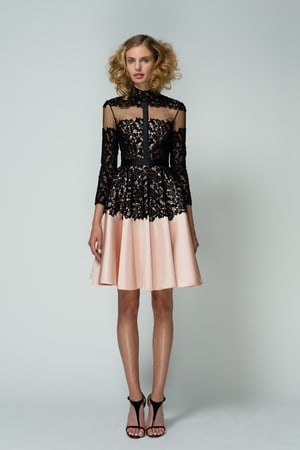 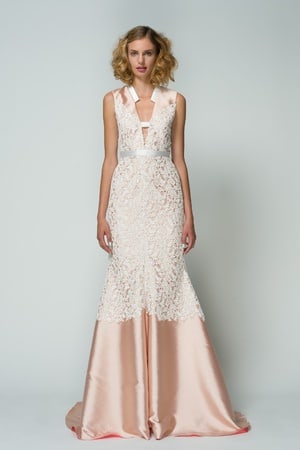 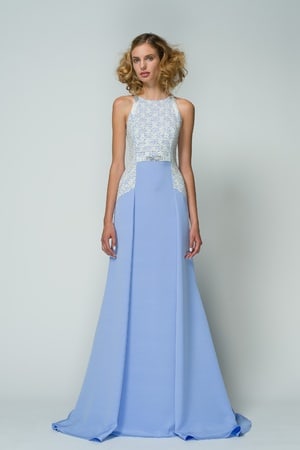 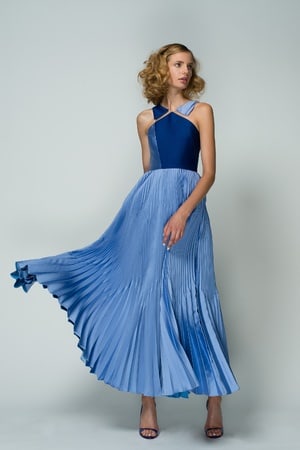 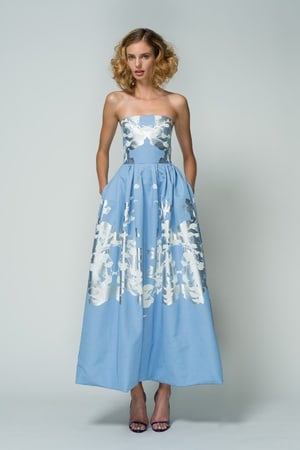 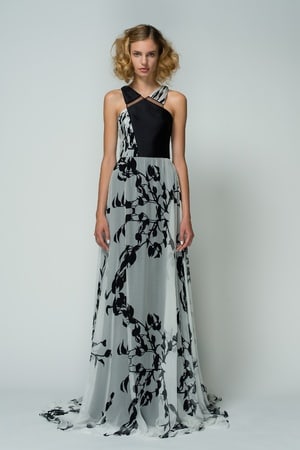 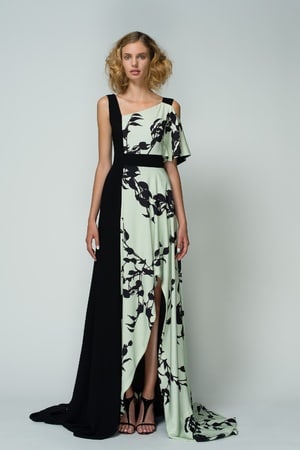 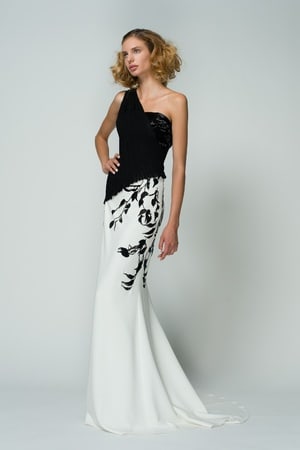 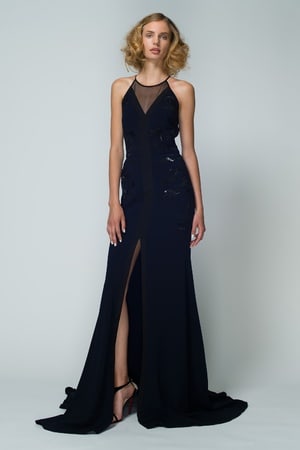 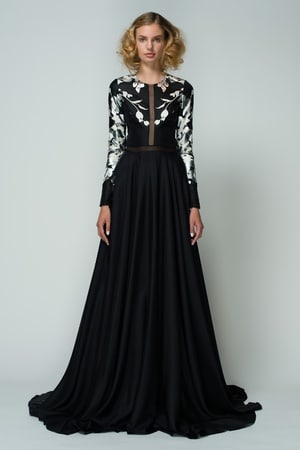 Review by Lauren Sherman
What fun it is to hear Bibhu Mohapatra's inspirations each season. They're never generic. After the designer watched colorblind artist Neil Harbisson's TED talk on how a device attached to his head lets him "hear" color, Mohapatra was inspired to work in gray scale.

He wasn't too strict about it. "Color brings optimism," said Mohapatra, explaining all the blues—cobalt, periwinkle, slate—that kept popping up. But the designer seemed to thrive within the slight limitations he'd created for himself.

An appealing vine silhouette was either printed or embroidered on a number of pieces: stamped in white and silver on a periwinkle blouse; all white on a long black gown; done in navy and black on a crepe T-shirt and pencil skirt combo. "I wanted to develop a print from some element in nature," Mohapatra said of the design. An unlined jacquard coat served as an elegant topper over separates, as well as his best-selling shifts. But the standout was a periwinkle dress with a floating halter neckline and double-star pleating on the skirt. (Mohapatra's master pleater pulled the stunning pattern from the archives.) While the majority of the range consisted of wardrobe workhorses—albeit special ones—that piece brought something magical to it all.

My book lists by El Raulo