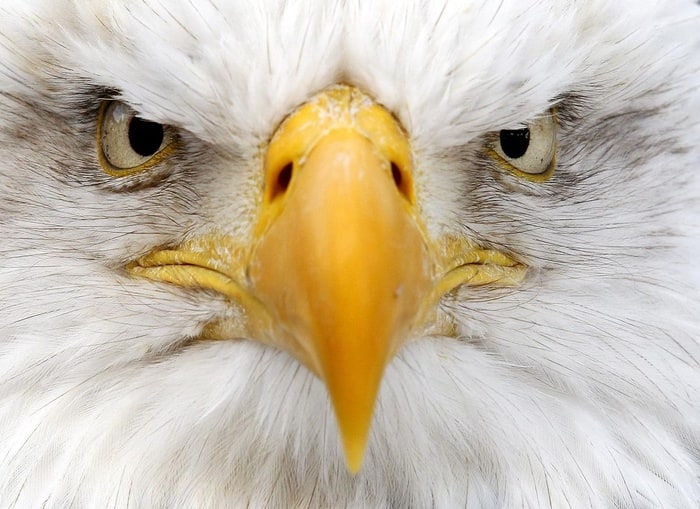 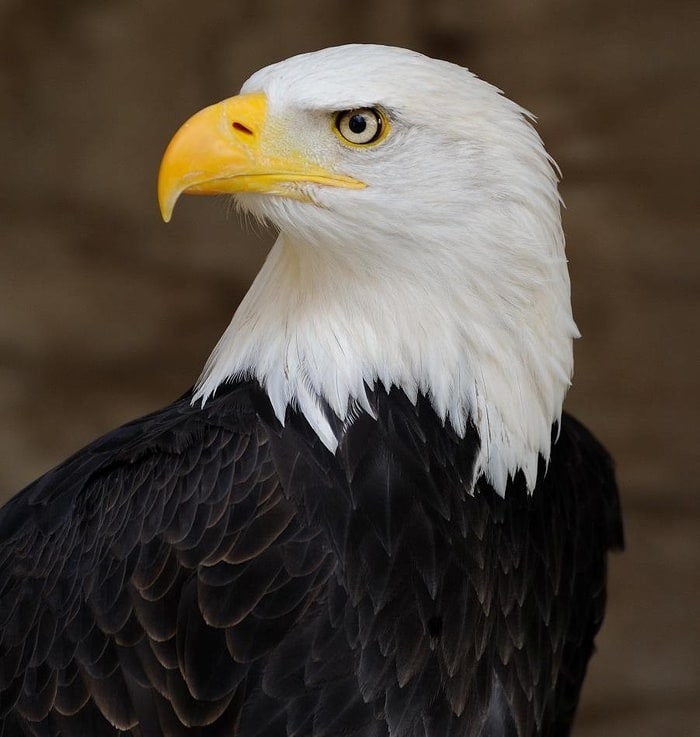 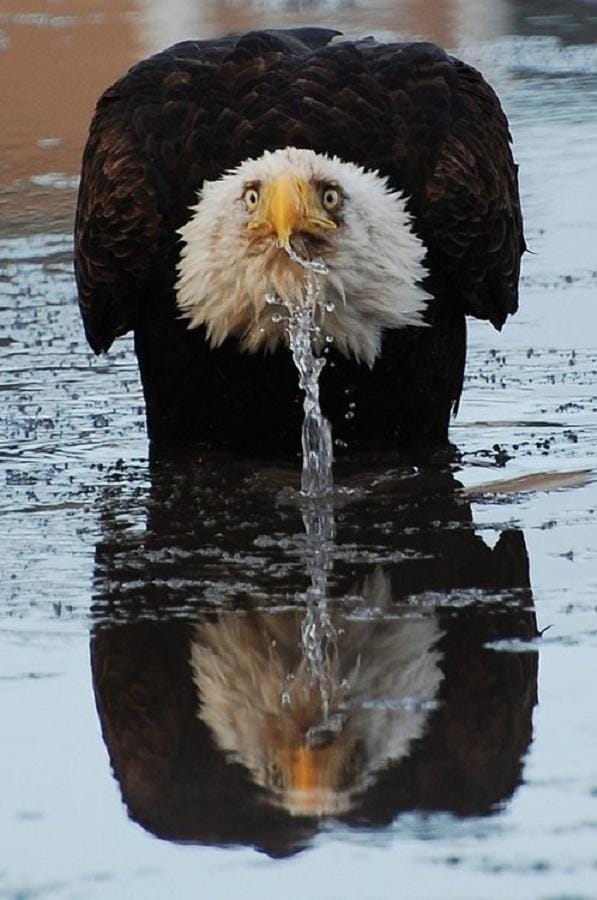 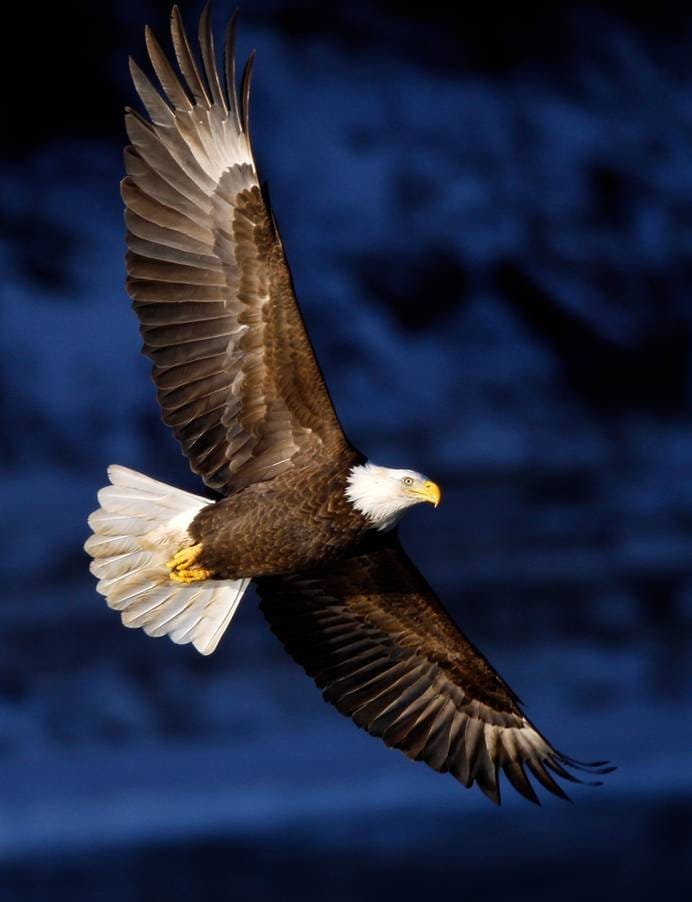 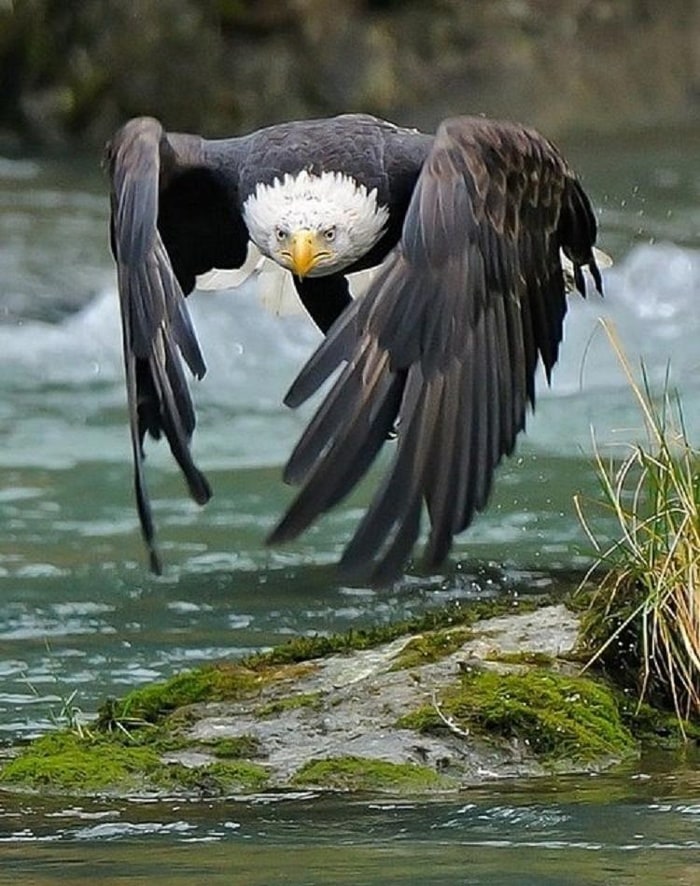 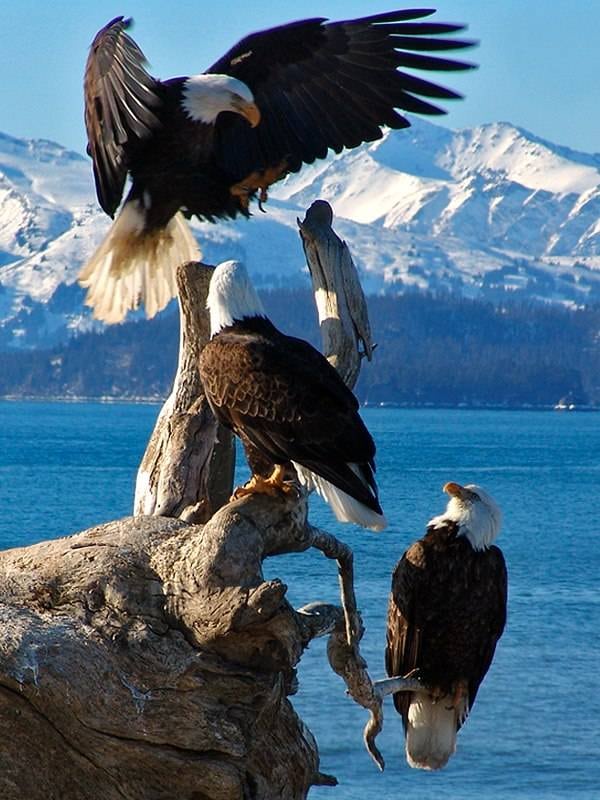 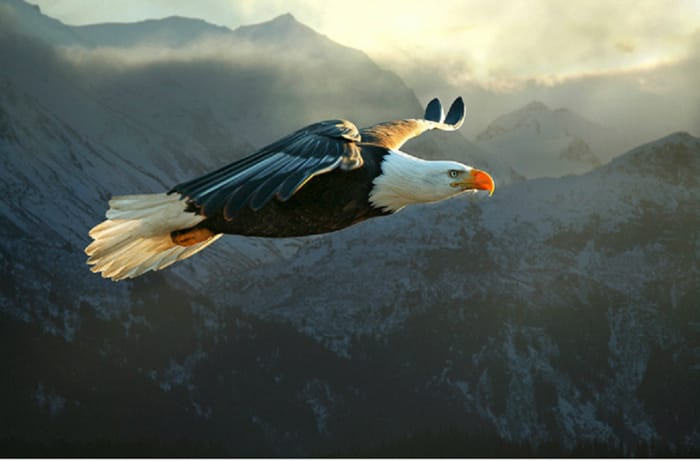 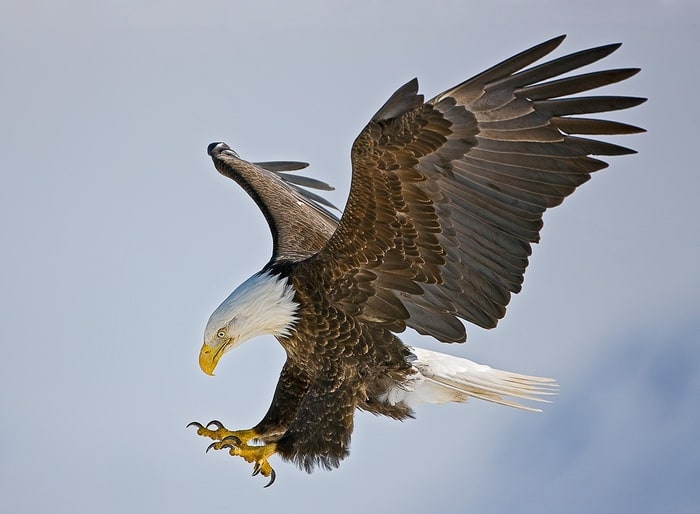 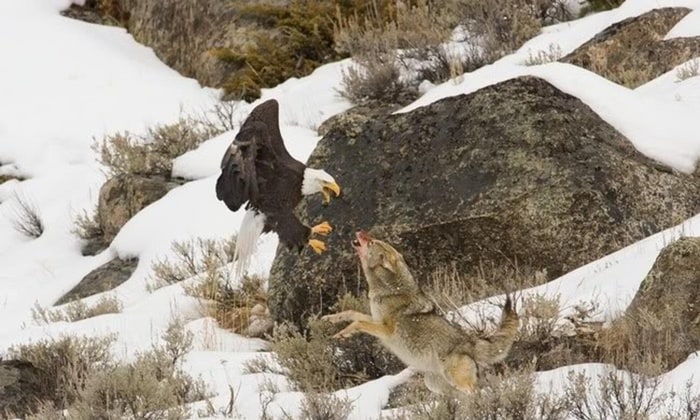 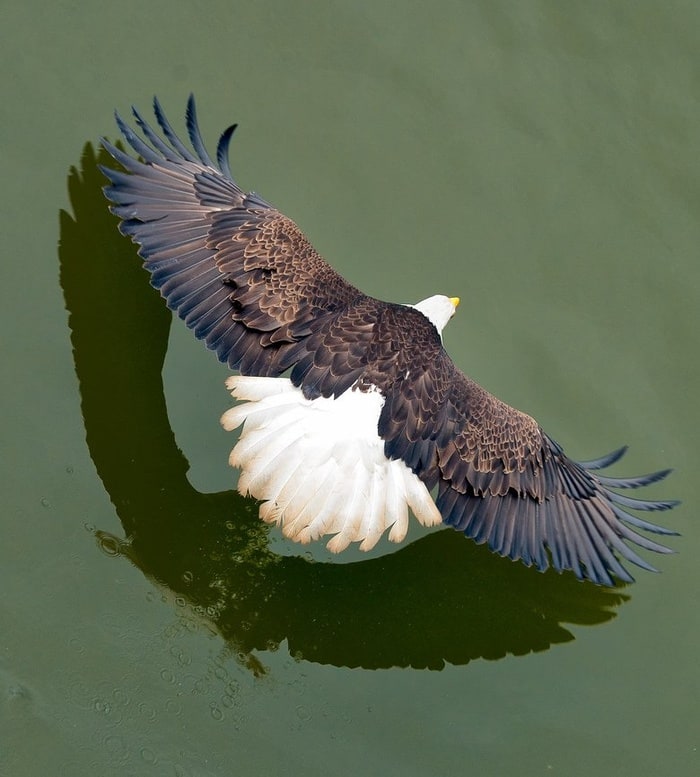 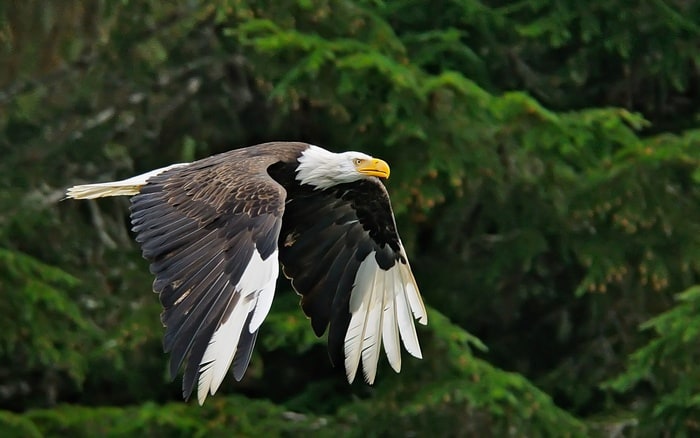 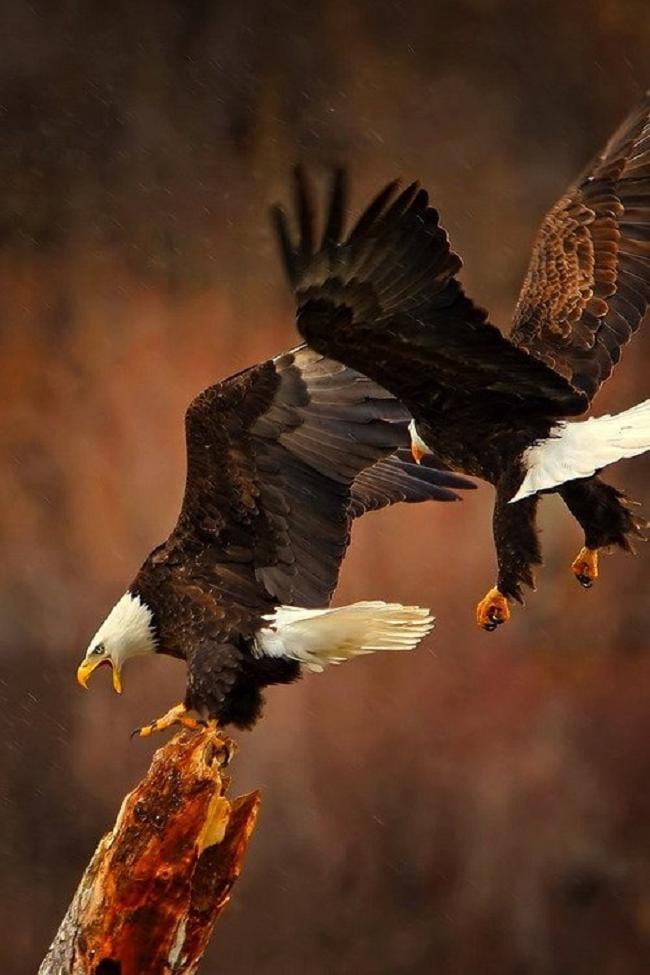 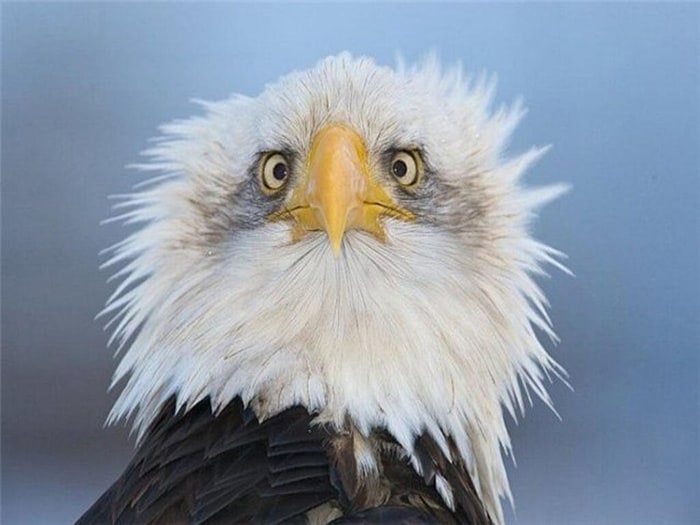 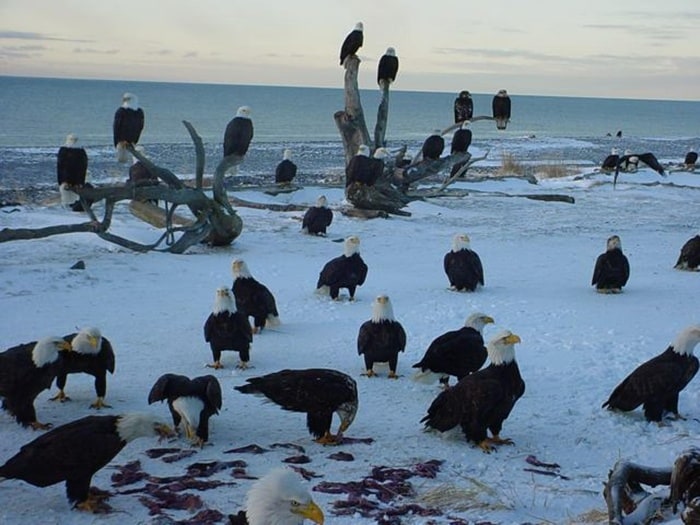 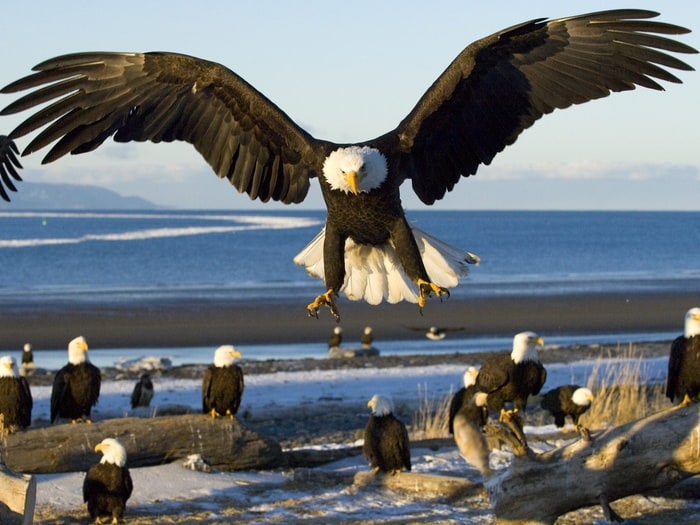 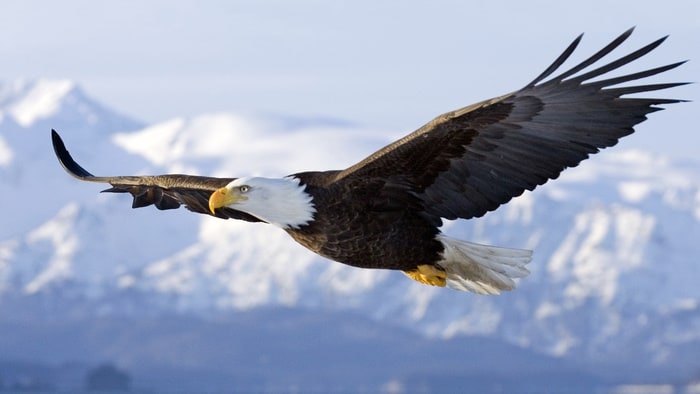 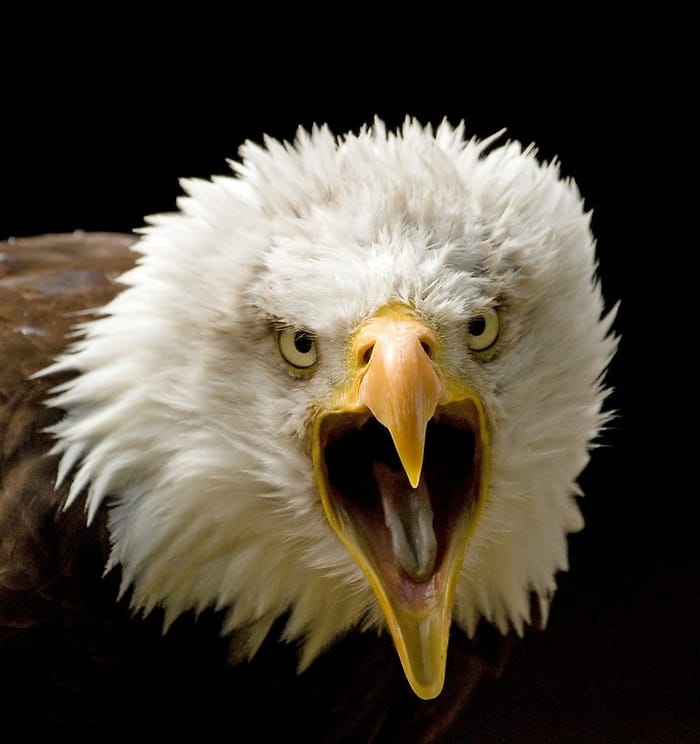 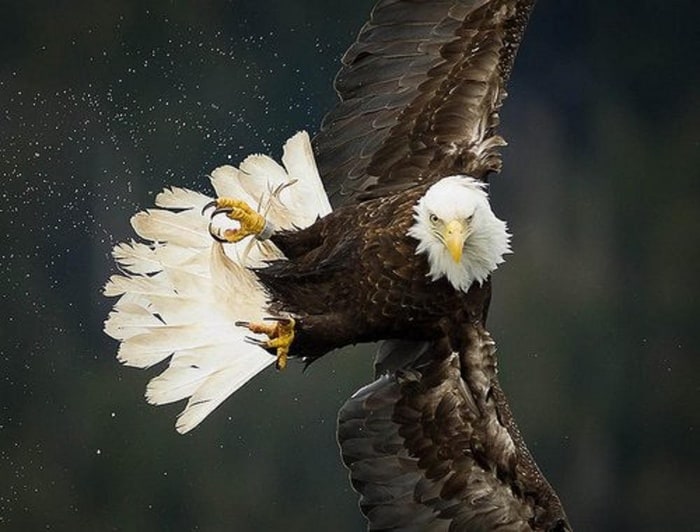 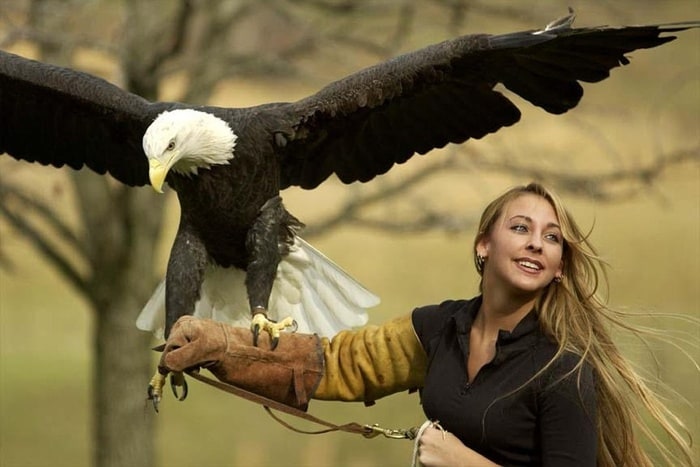 The bald eagle is a bird of prey found in North America. A sea eagle, it has two known sub-species and forms a species pair with the white-tailed eagle. Its range includes most of Canada and Alaska, all of the contiguous United States, and northern Mexico. It is found near large bodies of open water with an abundant food supply and old-growth trees for nesting.

The bald eagle is an opportunistic feeder which subsists mainly on fish, which it swoops down and snatches from the water with its talons. It builds the largest nest of any North American bird and the largest tree nests ever recorded for any animal species, up to 4 m (13 ft) deep, 2.5 m (8.2 ft) wide, and 1 metric ton (1.1 short tons) in weight.

Their name derives from an old meaning of "white headed". The adult is mainly brown with a white head and tail. The sexes are identical in plumage, but females are about 25 percent larger than males. The beak is large and hooked. The plumage of the immature is brown.

36 votes
My Animal Side (8 lists)
list by Antares
Published 7 years, 6 months ago

What & Where, Part 2 by Iceviper

Favorite Images of Insects by kathy

The Beauty of the Rain by Kandi

Celebrating my 2 years in Listal !!!!! by Antares