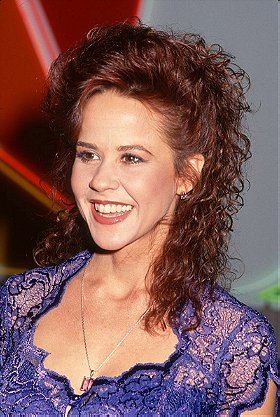 Blair was born in St. Louis, Missouri, and was raised in Westport, Connecticut. She began her career as a six-year-old child model and started acting with a regular role on the short-lived Hidden Faces (1968-69) day time soap. Her first theatrical film appearance was in The Way We Live Now (1970). Blair was selected from a field of 600 applicants for her most notable role as Regan in The Exorcist (1973). The role earned her a Golden Globe and People's Choice Award for Best Supporting Actress as well as an Academy Award nomination. She reprised her role in the sequel, Exorcist II: The Heretic (1977), garnering a Saturn Award nomination for Best Actress of 1978.[1] Between these two films, she appeared in the TV movies Born Innocent (1974), Sarah T. - Portrait of a Teenage Alcoholic (1975), and Sweet Hostage (1975) opposite Martin Sheen.

Towards the end of the 1970s, Blair encountered trouble with law enforcement authorities as she was arrested and charged with drug possession and conspiracy to sell drugs. After trial, she was found not guilty of possession, but guilty of conspiracy to sell, leading to a reduced sentence of three years' probation. Though she tried to act in subsequent films, Blair found it hard to restart her screen career and landed low grade films in the 1980s and later. As she herself said in an interview, her career "went down faster than the Titanic".[cite this quote]

Blair's career took a new turn in the 1980s, as she starred in a number of successful low-budget horror and exploitation films, including Hell Night (1981), Chained Heat (1983) and Savage Streets (1984).

Blair has become an animal rights activist and humanitarian, working with PETA, Feed The Children, Variety, the Children's Charity and other organizations.[1] Blair also devotes time to her non-profit organization, the Linda Blair WorldHeart Foundation, which works to rescue abused, neglected and mistreated animals. She is a vegan, and has co-authored the book Going Vegan!.

In 2008 she appeared at the 18th annual Malaga Fantasy and Horror Film Festival to accept a lifetime achievement award for her work in the horror genre.

She appeared in the 2009 documentary Confessions of a Teenage Vigilante, discussing her role as Brenda in Savage Streets (1984). The documentary is included as a bonus feature on the 2009 DVD release of the film.

In 2010 she appeared as herself on the cable series Pit Boss and Jury Duty. She appears in the 2011 Rick Springfield documentary Affair of the Heart, and was a panelist in a 2011 episode of The Joy Behar Show.

GP79 voted for an image 1 week ago

Severin Severin added this to a list 2 months, 3 weeks ago
fav cult/trash/exploitation actresses of the 1970s (26 person items)

charlieb100 voted for 2 images 3 months ago

Henny voted for an image 5 months, 2 weeks ago

madreporter voted for an image 9 months, 1 week ago

Exclusive added this to a list 1 year, 3 months ago

Dave voted for 4 images 2 years ago

Duckman posted a image 2 years ago

Dave voted for an image 2 years, 1 month ago

Peco added this to a list 2 years, 1 month ago
Estadounidenses (573 beauty items)

maudraum777 voted for an image 2 years, 4 months ago

Andyb2 voted for an image 2 years, 5 months ago

Kat M added this to a list 2 years, 8 months ago
Beautiful Girls Around the World (8817 person items)

ChihuahuaDaddy voted for an image 2 years, 10 months ago