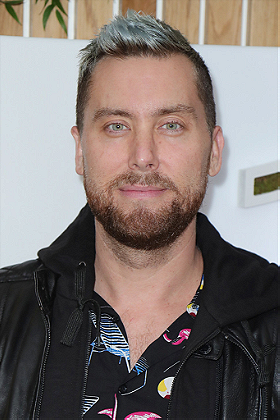 73 votes
Celebrities I have Seen, Met or Befriended (158 items)
list by Stehako
Published 12 years, 2 months ago

Bass has also made a name for himself in a variety of other endeavors. He executive produced and starred in the Miramax film On the Line that received the coveted Movieguide award for excellence in family-oriented programming. He received the Golden Apple Award as Male Film Discovery of 2001. In addition, Lance has made guest appearances in the film Zoolander and the television shows 7th Heaven, The Simpsons, Star Search, and Who Wants to be a Millionaire and was a resident judge on NBC’s recent hit series America's Most Talented Kid.

Bass began his musical career in the seventh grade in the school chorus. He later joined Mississippi Show Stoppers, a state-wide group sponsored by the Mississippi Agriculture and Forestry Museum. He joined Mickey Mouse Club alumni JC Chasez and Justin Timberlake, along with Joey Fatone and Chris Kirkpatrick, in 'N Sync, a boy band turned overnight sensation. Lance was considered the "quiet one" of the group.

Bass starred in the 2001 motion picture On the Line, which grossed only $4.3 million at the US domestic box office, but had a production budget of $16 million. The film was produced by Bacon & Eggs LLC (formerly A Happy Place), a company owned by Bass, which is currently producing a new film entitled Lovewrecked. In addition, Bass formed a music management company called Free Lance Entertainment, which is now defunct. The only album released through Free Lance was Reach by Meredith Edwards.

Bass was featured as a voice actor for the video game Kingdom Hearts, voicing Sephiroth. Other voice acting guest spots by Bass include Higglytown Heroes, Kim Possible, and Robot Chicken.

cooker added this to a list 4 years, 6 months ago

"Michael Turchin This couple started dating in 2011, and three years later they exchanged vows in holy matrimony. The entire ceremony was filmed and aired as an E! Special. Check out Lance Loves Michael: The Lance Bass Wedding. This was the first same-sex marriage to be broadcasted on national television. The two proudly shared their wedding ceremony for the whole world to see. After spending so many years hiding his personal life from the public, sharing his wedding was a refreshing chan"

"Rick PalmerEpisode: Who do you trust? "

Leo added this to a list 6 years, 4 months ago