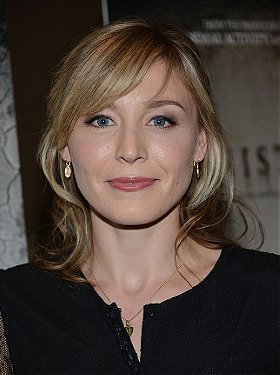 In 2008, she married the American actor Christian Camargo at New York City Hall. She had met Camargo over a decade earlier when he worked with her stepfather at Shakespeare's Globe Theatre.

Rylance's first major role upon leaving Rada was Medea In Neil LaBute's "Bash: Latterday Plays" at the Union Theatre in London. Rylance then went on to play Perdita in "The Winter's Tale" and Cressida in "Troilus and Cressida" at Shakespeare's Globe Theatre. Rylance then portrayed the British writer Mary Sidney I am Shakespeare written by her step-father Mark Rylance and directed by Matthew Warchus at the Chichester Festival Theatre and its UK tour. That same year, Rylance along with two of her contemporaries, David Sturzaker and director Tamara Harvey started their own production company, Theater of Memory. Rylance subsequently starred in the Theater of Memory's productions of Romeo and Juliet and Bash: Latter-Day Plays, portraying Juliet and Medea respectively.

In 2009, Rylance played Desdemona at the Theater for a New Audience in New York City, opposite John Douglas Thompson's Othello for which she was nominated for a Lucille Lortel Award.Rylance next appeared in the Sam Mendes directed 2009-2010 Bridge Project, a joint venture between the Brooklyn Academy of Music in Brooklyn, New York and The Old Vic in London. Rylance appeared as Rosalind and Miranda, respectively, with her husband appearing across from her as Orlando and Ariel.Rylance was awarded a 2010 Obie Award for her performance as Rosalind.

In 2012, Rylance appeared in the horror film Sinister as the wife of lead actor Ethan Hawke.

MUZE voted for 11 images [View All] 2 years ago