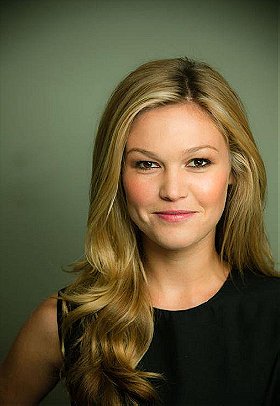 171 votes
Because Sexy is Subjective (20 items)
list by tersanay
Published 11 years, 3 months ago 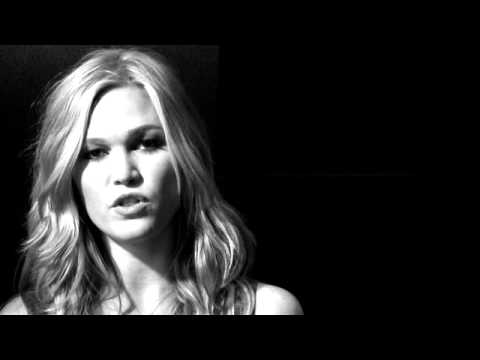 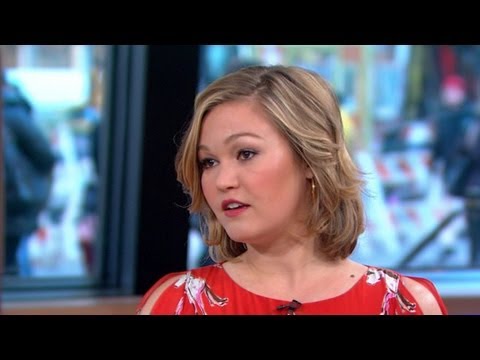 Born on March 28, 1981 in New York, NY, Stiles was raised by her father, John O'Hara, a businessman and educator, and her mother, Judith, a potter. When she was 11 years old, Stiles was prescient enough to write a letter to a stage director convincing him to hire her for an avant-garde production, leading to performing with the La MaMa Theatre Company in New York. Venturing into onscreen roles just a few years later, she had a non-speaking part in the low-budget drama "I Love You, I Love You Not" (1997) before playing the teenage daughter of a New York police officer (Harrison Ford) in the terrorist thriller "The Devil's Own" (1997). Stiles offered a strong supporting performance as Phoebe, a young girl coping with an abusive home in the Oprah Winfrey-produced "Before Women Had Wings" (ABC, 1997). While her character was peripheral, she made the most of the part as the ambivalent older sister of an innocent and trusting girl (Tina Majorino), both of whom suffer at the hands of their mother (Ellen Barkin).

Putting pen to paper once again, Stiles used a similar tack as she did with the La MaMa Theatre by writing a note to director Michael Steinberg and landing her breakthrough role in the darkly comic thriller "Wicked" (1998), an Electra-like fable set in the immaculate suburbs. Blonde and fair, with wise eyes set in an otherwise childlike face, Stiles played the perfect angelic villain Ellie Christianson, a seductive, calculating and driven young teen. She offered an exceptional performance that conveyed Ellie's power and maniacal determination while still hinting at the emotional fragility that accompanied her youth. Turning to television, Stiles went on to play the featured role of Kate Herlihy, a pregnant teenager who moves to San Francisco and joins a hippie commune where she finds herself caught up in the social upheaval of the time in the historical miniseries "The 60s" (NBC, 1999). She returned to the big screen in the leading role of Kat, a strong-willed and dauntless high school student romanced by a hired beau (Heath Ledger) who inevitably falls for her in "10 Things I Hate About You" (1999), a modern adaptation of Shakespeare's comedy "The Taming of the Shrew." Rarely cast as an innocent, enthusiastic teenybopper, she capably presented Kat as staunch and outspoken while still making her a likable character.

After co-starring with Freddie Prize, Jr. in the disappointing romance "Down to You" (2000), Stiles returned to contemporary adaptations of Shakespeare with the techno-savvy "Hamlet" (2000), which found her playing the unhinged Ophelia opposite Ethan Hawke's struggling filmmaker and son of the slain CEO (Sam Shepard) of Denmark Corporation. In David Mamet's mild Hollywood satire, "State and Main" (2000), she portrayed a calculating teen out to seduce a movie star (Alec Baldwin) filming in her small Vermont town. Meanwhile, Stiles made it seem as if none of the Bard's work could be modernized without her participation after she was cast as Desi in "O" (2001), a retelling of "Othello" set in a prep school, and starring Mekhi Phifer and Josh Hartnett. Filmed in 1999 but not released theatrically until 2001, thanks to its theme of teen violence and the rash of real-life incidents, "O" was somewhat lost in the shuffle despite its powerful storytelling and strong performances.

With her next film, Stiles had a surprise hit the helped propel her to stardom. She portrayed an aspiring ballerina who falls in love with a black student (Sean Patrick Thomas) in "Save the Last Dance" (2001), a dance-fueled teen romance that somewhat captured the charm of its popular predecessors like "Flashdance" (1983) and "Dirty Dancing" (1987). Though the movie topped the box office and went on to earn a surprising $90 million, "Save the Last Dance" was coolly received by critics. Stiles moved on to a more mature role in the controversial independent "The Business of Strangers" (2001), cast opposite veteran Stockard Channing as an ambitious and eventually destructive young businesswoman. The actress turned in a bold performance as the manipulative Paula, impressing even critics who gave the film unfavorable reviews. Next was a small role in Doug Liman's take on the Robert Ludlum bestseller, "The Bourne Identity" (2002), which starred Matt Damon as a spy and assassin struggling to find his identity after developing amnesia. Unfortunately, Stiles had little to do as a CIA assistant other than look good on screen.

It was during this time that Stiles decided to slow down her career some and focus on her education, studying literature at Columbia University and eventually earning her degree in 2005. But she did still made movies, starring opposite Jason Lee and Selma Blair in the rather forgettable romantic comedy, "A Guy Thing" (2003). She next reprised her role as the knowledgeable CIA functionary, Nicky, for the successful sequel "The Bourne Supremacy" (2004); this time having a bit more to do, like being held at gunpoint by a desperate Jason Bourne (Damon). Stiles then appeared opposite fellow up-and-comers Kirsten Dunst and Maggie Gyllenhaal as 1950s-era students of a liberal-minded Wellesley College instructor Julia Roberts in "Mona Lisa Smile" (2003). Stiles played Joan Brandwyn, a senior who finds herself torn between her best friend's (Dunst) traditional notion of marriage and her mentor's (Roberts) urgings to pursue greater goals at Yale Law School. The actress slightly squandered her talents in a role she had long outgrown, playing a med school student who falls for a European royal in the predictable, teen-oriented romantic comedy "The Prince & Me" (2004).

After starring opposite Shirley MacLaine in the small-town comedy, "Carolina"(2004), Stiles made her London debut opposite Aaron Eckhart in a revival of David Mamet's "Oleanna" (2004). A small role in the musical drama, "Romance and Cigarettes" (2005) was followed by a starring turn opposite Liev Schreiber in the remake of "The Omen" (2006), taking on the role played by Lee Remick in the original 1976 version. Stiles marked her debut as a director with the 20-minute short film, "Raving" (2006), which she made in collaboration with Elle magazine. Starring Zooey Deschanel, the story focused on a young woman who manipulates a down-and-out corporate executive (Bill Irwin) with an eye toward looting his home. Back in front of the camera, she had her most to do in the third film of the franchise, "The Bourne Ultimatum" (2007), as her Nicky Parsons helps Jason Bourne uncover the truth of his past once and for all. Following a supporting turn in the straight-to-DVD, Civil Rights-themed drama, "Gospel Hill" (2009), Stiles starred as a small town woman who falls for a mysterious new stranger (Paddy Considine) in "The Cry of the Owl" (2010). She next turned to the small screen for a 10-episode guest starring stint, playing the new love interest of everyone's favorite serial killer (Michael C. Hall) on the popular "Dexter" (Showtime, 2006- ). Hailed by critics, her performance earned the young actress a Golden Globe nomination for Best Supporting Actress in late 2010, and the following year received an Emmy Award nod for Outstanding Guest Actress.
... (more) (less)
Tags: Actress (28), American (17), Female (10), Cute (10), Vegetarian (7), Dexter (6), Born 1981 (5), Attractive (5), Columbia University (5), Serious (4), Deep Voice (4), English Major (4), 10 Things I Hate About You (4), Sourpuss (4), Bourne (3), Burn 1981 (3), 10 Things (3), Hot (3), Trilogy (3)
My tags:

ppeace2us voted for an image 3 months, 1 week ago

ROADKILL41 voted for 3 images 4 months ago

Skywalker voted for an image 4 months, 4 weeks ago

Maverick voted for an image 4 months, 4 weeks ago

Killick voted for an image 5 months, 2 weeks ago

Killick voted for an image 5 months, 4 weeks ago

selsun voted for an image 7 months ago

Jim Buckley voted for an image 7 months, 1 week ago

Battleax voted for an image 7 months, 3 weeks ago

SomeBloke voted for an image 8 months, 2 weeks ago

Henrike voted for an image 1 year, 1 month ago

Bo Na voted for an image 1 year, 1 month ago