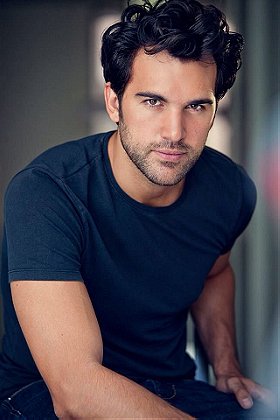 His on-screen debut was in the film Survival Island along with Billy Zane, of Titanic fame. The release of Survival Island was postponed several times due to a controversy between actress Kelly Brook and the production company over "graphic"[citation needed] sex scenes with Juan Pablo Di Pace, in 2004 dubbed by British media as "raunchier than The Blue Lagoon".[citation needed] It opened in the UK in the spring of 2006 in cinemas all over Britain. The sexual scenes were not removed. A DVD version is available.

He is featured in Mamma Mia! (2008) alongside Meryl Streep, Pierce Brosnan, and Colin Firth playing the role of Petros.

In 2008 he appeared alongside his sister Victoria in the Italian comedy Tutti Intorno a Linda directed by Monica and Barbara Sgambellone.

In 2011 he starred in the final season of Física o Química, aired by Antena 3 (Spain).

Di Pace starred in the video for the 2004 Eric Prydz hit "Call On Me". In the video, he is the only man amongst a group of women in an aerobics class. He also directed and starred in the sequel What a Feeling by Hughes Corporation in 2006, which is loosely based on dance sequences from Flashdance and Dirty Dancing. Both videos feature Deanne Berry.

In 2008 he directed a music video for Katie Melua, in which he appears opposite his sister, María Victoria Di Pace.[citation needed]

Leo added this to a list 2 years, 1 month ago
Dancing with the Stars participants (334 person items)