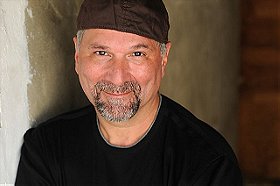 An alumnus of The Second City, Chicago, John Kapelos’ theatrical work spans eight years from Second City’s Touring Company (1978–1982) to six revues as a member of the famed Resident Company (1982–1986), and finally Second City’s critically acclaimed return to off-Broadway in Orwell That Ends Well at the former Village Gate in New York City.

His movie highlights include 1999’s The Deep End of the Ocean, which received praise from both The New York Times and Roger Ebert from The Chicago Sun Times. His appearance in three John Hughes’s films: The Breakfast Club, Sixteen Candles, and Weird Science earned him fame in the 1980s as a character actor.

Other film works include Schepisi’s Roxanne, with Steve Martin and Daryl Hannah, and Garry Marshall’s Nothing in Common, opposite Tom Hanks, and Touchstone’s Stick It show his improvisational and comedic timing skills. Whereas roles in The Boost, with James Woods, and Internal Affairs with Richard Gere, present his adaptability for dramatic roles.