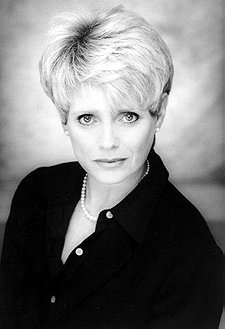 5 votes
My 50 Most Watched Actors (50 items)
list by NMartucci
Published 12 years, 9 months ago

3 votes
View all Jennifer Darling pictures
Jennifer Darling is an American actress. Her best-known role on screen was as Peggy Callahan, the secretary to Oscar Goldman in the television series The Six Million Dollar Man and The Bionic Woman. In anime, she is the voice of Ayeka in the English dub of Tenchi Muyo.
Tags: Voice Actor (3), Female (2), American (2), Actress (1), Aladdin (1), Needs Breathing Apparatus (1), Voice Actress (1)
My tags:

3. Beauty and the Beast

4. The Grim Adventures of Billy and Mandy

4. The Grim Adventures of Billy and Mandy

lechat voted for an image 6 years, 1 month ago