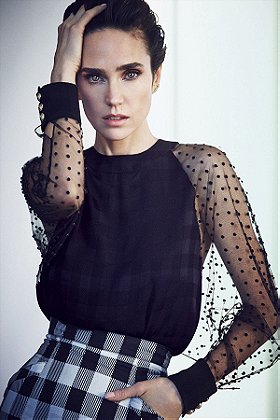 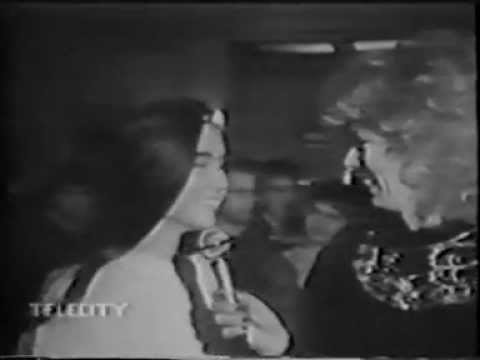 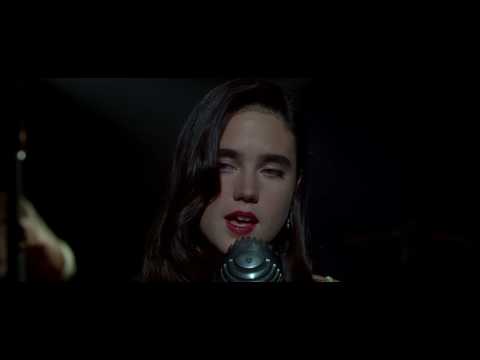 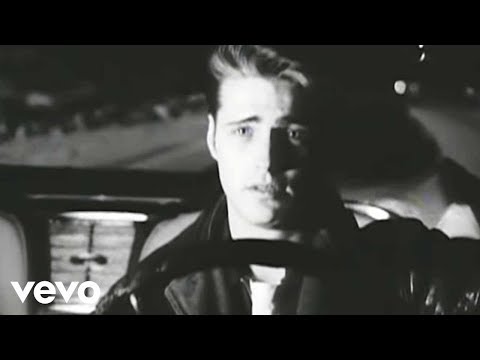 Roy Orbison - I Drove All Night

In 2002, Connelly won an Academy Award, a Golden Globe Award and a BAFTA Award for her supporting role as Alicia Nash in Ron Howard's 2001 biopic A Beautiful Mind. Her later credits include the 2003 Marvel superhero film Hulk, the 2005 thriller Dark Water, the 2006 drama Blood Diamond, the 2008 science fiction remake The Day the Earth Stood Still, the 2009 romantic comedy He's Just Not That Into You and the 2009 biographical drama Creation.

Connelly was named Amnesty International Ambassador for Human Rights Education in 2005. She has been the face of Balenciaga fashion advertisements, as well as for Revlon cosmetics. In 2012 she was named the first global face of the Shiseido Company. Magazines including Time, Vanity Fair and Esquire, as well as the Los Angeles Times newspaper have included her on their lists of the world's most beautiful women. She is the daughter of Gerard, a clothing retailer, and Ilene Connelly, an antiques dealer, she spent four years in Woodstock, New York, but grew up in Brooklyn Heights, just across the Brooklyn Bridge from Manhattan. She attended Saint Ann school in Brooklyn Heights, and when she was 10, family friends suggested to her parents that they should take her to a modeling audition. This led Jennifer to a modeling career, and she soon began appearing in magazine ads, and then later in commercials. Her acting debut came in an episode of the British horror-anthology series Tales of the Unexpected (1979).

Her first movie experience came when a casting director introduced her to legendary filmmaker Sergio Leone, who was seeking an actress who could fill the role of a young girl to dance in his dramatic epic, Once Upon a Time in America (1984). Although having little screen time, the few minutes she was on-screen were enough to reveal her talent. After Leone's movie, horror master Dario Argento signed her to play her first starring role in his thriller Phenomena (1985). The film made a lot of money in Europe but, unfortunately, was heavily cut for American distribution. The late 1980s saw her appearing in a smash hit and three lesser seen films. Amongst the latter was her roles in Étoile (1989), as a ballerina and in Some Girls (1988), where she played a self-absorbed college freshman.

Jennifer got the job after a nation-wide talent search for the lead in this fantasy directed by Jim Henson and produced by George Lucas. Her career entered in a terribly calm phase after those films, until Dennis Hopper, who was impressed after having seen her in "Some Girls," cast Jennifer as an ingénue small-town girl in The Hot Spot (1990), based upon the 1950s crime novel "Hell Hath No Fury". It received mixed critical reviews, but it was not a box office success. The Rocketeer (1991), an ambitious Touchstone super-production, came to the rescue. The film was an old-fashioned adventure flick about a man capable of flying with rockets on his back. Critics saw in "Rocketeer" a top-quality movie, a homage to those old films of the 1930s in which the likes of Errol Flynn starred. After "Rocketeer," Jennifer made Career Opportunities (1991), The Heart of Justice (1992), Mulholland Falls (1996), and Inventing the Abbotts (1997). In 1998, she was invited by director Alex Proyas to make Dark City (1998), a strange, visually stunning science-fiction extravaganza. In this movie, Jennifer played the main character's wife, and she delivered an acclaimed performance.

The film itself didn't break any box-office record but received positive reviews. This led Jennifer to a contract with Fox for the television series The $treet (2000), a main part in the memorable and dramatic love-story Waking the Dead (2000) and, more important, a breakthrough part in the polemic and applauded independent Requiem for a Dream (2000), a tale about the haunting lives of drug addicts and the subsequent process of decadence and destruction. In "Requiem for a Dream," Jennifer had her career's most courageous, difficult part, a performance that earned her a Spirit Award Nomination. She followed this role with Pollock (2000), in which she played Pollock's mistress, Ruth Klingman. Most recently, Ron Howard chose her to co-star with Russell Crowe in A Beautiful Mind (2001), the film that tells the true story of John Nash, a man who suffered from mental illness but eventually beats this and wins the Nobel Prize in 1994. Jennifer plays Forbes' wife and won a Golden Globe, BAFTA, AFI and Oscar as Best Supporting Actress. ... (more) (less)
Tags: Actress (55), American (36), Beautiful (36), Brunette (27), Jewish (17), Female (16), Jew (16), Hebrew (15), Oscar Winner (14), Hot (13), Gorgeous (13), Born 1970 (13), Talented (10), Cute (9), Stunning (9), White (8), Model (8), Pretty (8)
My tags:

5. Once Upon a Time in America
View all Jennifer Connelly movies (42 more)

1. Once Upon a Time in America

jabeeright voted for an image 20 hours, 12 minutes ago

Christmas2023 voted for an image 4 days ago

A.M.A posted a image 1 week ago

vadeboncoeur added this to a list 3 weeks, 1 day ago
Most beautiful actresses (130 beauty items)

EFPaisley voted for an image 3 weeks, 2 days ago

darakan voted for an image 3 weeks, 4 days ago

Sparky The Barbarian voted for an image 4 weeks, 1 day ago

ressan posted a comment on this image 1 month ago

ressan posted a image 1 month ago

topfe added this to a list 1 month, 1 week ago
Classic Ladies (90 beauty items)

Sparky The Barbarian voted for an image 2 months ago

darakan voted for an image 2 months ago

Sparky The Barbarian voted for an image 2 months ago

rico650 voted for an image 2 months ago

onclelapin posted a image 2 months ago

ROADKILL41 voted for 2 images 2 months ago

jerryspring voted for an image 2 months, 1 week ago

Sparky The Barbarian voted for an image 2 months, 1 week ago