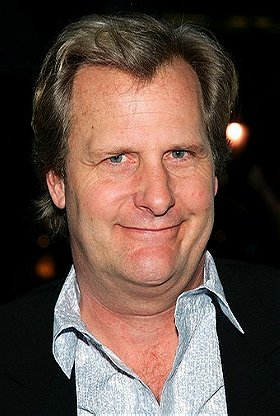 139 votes
They deserve an OSCAR (45 items)
list by propelas
Published 11 years, 9 months ago

Alongside screen work, Daniels has many stage credits to his name and is the founder of The Purple Rose Theater Company in Chelsea, Michigan. He is also a musician and songwriter and has recorded two albums. Daniels is married to his childhood sweetheart, Kathleen Treado and they have three children.

Founder of the Purple Rose Theatre Company in Chelsea, Michigan, named after Woody Allen's The Purple Rose of Cairo (1985) in which he starred.

Has been married to his high school sweetheart since 1979.

Had he not gone into acting, he would likely be working in his hometown of Chelsea, Michigan, with his siblings at the Chelsea Lumber Company, owned by the Daniels' family. The Chelsea Lumber Co. provided all the building materials for the construction of his Purple Rose Theater.

Sings a very ironic song about celebrity turned singers called "If William Shatner Can, I Can Too".

Played the father of Anna Paquin in Fly Away Home (1996) and then her romantic partner in The Squid and the Whale (2005) nine years later.

Was considered for the role of Joey Gladstone on Full House (1987).

Attended Central Michigan University before dropping out to pursue acting.

Daniels has been married to his high school sweetheart, Kathleen Rosemary Treado, since 1979. They have three children: Benjamin (born 1984), Lucas (born 1987), and Nellie (born 1990). A baseball fan and an avid Detroit Tigers fan, he married his wife on Friday the 13th because he wore the number 13 on his baseball uniform.

Was inducted into the Michigan Walk of Fame on May 25, 2006 in Lansing, Michigan.

Writing song diaries for over thirty years, he has focused on recording a number of songs that he has written throughout his life, apparently marking key moments. He has kept busy with frequent gigs and two full length albums, Grandfather's Hat and Jeff Daniels Live and Unplugged.

Nominated for the 2009 Tony Award for Best Performance for a Leading Actor in a Play for "God of Carnage".

His favorite role was Joshua Lawrence Chamberlain from Gettysburg (1993) and its prequel Gods and Generals (2003).

In the 2013 Hollywood Reporter Drama Actor Emmy Roundtable, Jeff Daniels was asked to tell a story about his worst audition moment ever. He recounted his first meeting with famed casting agent Juliet Taylor; he had been told to lie on his resume and say that he had studied with the acting teacher Sandy Meisner, so when Taylor asked Daniels about studying with Meisner, Daniels said "yeah, she was great." Sanford "Sandy" Meisner was a man.

He has English, Northern Irish (Scots-Irish), Scottish, and German ancestry.

Currently playing in Turn of the Centuary at the Goodman Theatre in Chicago, Ilinois that is now extended through November 2nd. [October 2008]

Appeared in a commercial for the "Michigan Economic Development Corporation" at MichiganAdvantage.org.

1. Live and Unplugged to Benefit the Purple Rose Theatre

1. Live and Unplugged to Benefit the Purple Rose Theatre

Darthmasco added this to a list 3 months, 3 weeks ago
Pisces (215 person items)

Leo added this to a list 3 years, 11 months ago

Primetime Emmy Supporting Actor in a Miniseries or (46 person items)

darthjoker12 added this to a list 3 years, 12 months ago

IsabellaSilentRose added this to a list 4 years, 6 months ago
SAG Awards 2018 (138 person items)

Exclusive added this to a list 4 years, 11 months ago
My Favorite Actors: Jeff Daniels (23 movies items)

Exclusive voted for an image 4 years, 11 months ago

" as Jasper 'Buddy' Noone in Blood Work"

IsabellaSilentRose added this to a list 6 years, 2 months ago

Leo added this to a list 6 years, 5 months ago
Top 10 Actors Who Have Never Been Nominated for an (10 person items)