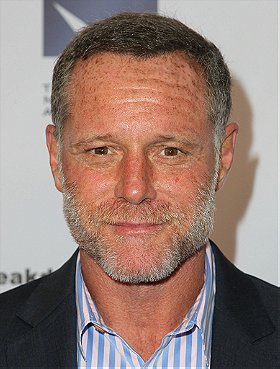 In 1988, he starred in the film Monkey Shines: An Experiment In Fear, directed by George A. Romero. He portrayed Allan Mann, a law student made quadriplegic when hit by a truck in the opening credits of the film. The Philadelphia Inquirer gave a positive review of Beghe's performance in Monkey Shines: "Acting only with his face and voice, Jason Beghe is terrific at conveying the mounting anger and rage of an active man made passive". David Foil of The Advocate described Beghe's performance as "remarkable simply for meeting the demands of the character".

Beghe played an ice hockey star in the Perry Mason TV film The Case of the All-Star Assassin, an NBC-TV telefeature broadcast November 19, 1989. In 1991 he played a State Trooper in the film Thelma & Louise, and was Demi Moore's love interest in the 1997 film G.I. Jane.He had recurring roles on Picket Fences and Melrose Place, and became a cast member of Chicago Hope in 1997, portraying electrician Danny Blaines opposite romantic interest Dr. Austin played by Christine Lahti. In a 1997 interview in The Boston Herald, Beghe spoke about his respect for his fellow cast members in Chicago Hope: "I think it's the best cast assembled that I've ever seen. One for one, they're incredible. And to work with Christine Lahti? I'd drop a lot of things for that. She's so good and smart and dedicated. I've become a better actor just for working with her." He commented on his character on Melrose Place, a closeted military officer who had feelings for Matt, played by Doug Savant: "I thought we should kiss, but it was too much. TV is a very specific medium, and you're naive if you think that everything is just based on artistic decisions. If it prevents them from selling some products, that's a major consideration. But I'm an actor. I'll do whatever it takes."

Beghe co-starred with Moira Kelly in the 1998 CBS television drama series To Have & to Hold, where he played police officer Sean McGrail.[18] Mike Duffy of The Detroit Free Press wrote: "There is an affectionate romantic sizzle between the ruggedly handsome Beghe ("G.I. Jane") and the dark-haired, unconventionally attractive Kelly ("Little Odessa")."[19] Kinney Littlefield of The Orange County Register said that "Beghe and Kelly have charm."

Beghe appeared in acting roles on Numb3rs, CSI: NY, Everwood, Criminal Minds, Veronica Mars and Cane.Beghe portrayed exorcist Ray Purvis in the 2008 horror film One Missed Call.In 2009, Beghe had a guest-starring role on the television show Californication.He played the character novelist Richard Bates, a friend of character Hank Moody (played by David Duchovny)."Bates, played by Jason Beghe, made for an interesting character and the fact that he didn't get as much screen time as some of the other characters is a shame," wrote Danny Gallagher of TV Squad. In October 2009, Beghe was in Pittsburgh, Pennsylvania for the filming of the movie The Next Three Days, directed by Paul Haggis. The film was released in 2010 and starred Elizabeth Banks, Russell Crowe, Brian Dennehy, and Olivia Wilde.
... (more) (less)
Tags: American (1), Actor (1), Chicago PD (1)
My tags:

cindycable360 voted for 2 images 2 years ago