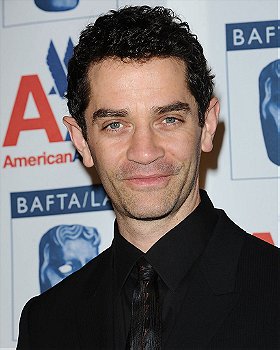 The eldest of eight children James Frain was born in Leeds, Yorkshire and raised in Essex.

He received a degree in drama from the University of East Anglia and went on to graduate from London's Central School of Speech and Drama. There, he was discovered by 'Richard Attenborough', who directed him in Shadowlands (1993), his feature film debut.

James then went on to portray several memorable roles, notably as Kenny in Nothing Personal (1995) for which he was nominated Best Actor at the 1995 Venice Film Festival, Alvaro De la Quadra in Elizabeth (1998), and Daniel Barenboim in Hilary and Jackie (1998). He also appeared in Istvan Szabo's Sunshine (1999), 'Julie Taymor' Titus (1999), Where the Heart Is (2000) opposite 'Natalie Portman', and The Count of Monte Cristo (2002). He appears opposite 'Kate Beckinsale' and 'Robert De Niro' in Everybody's Fine (2009).

In addition to his screen work, James boasts an impressive theatrical resume, appearing in productions with the Royal Court Theatre and the Royal Shakespeare Company in the UK, and on Broadway in 'The Homecoming' (2007).

chloe51 posted a comment on this image 6 years, 1 month ago

chloe51 voted for an image 6 years, 1 month ago