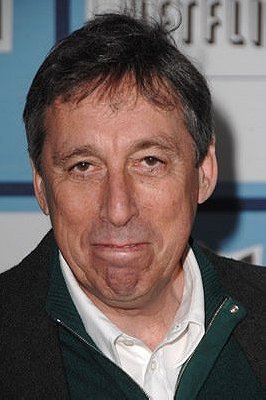 Two of Reitman's earliest directing hits were the comedies Meatballs and Stripes, which together made Bill Murray a box office star. In 1984, Reitman and Murray again teamed for their most successful outing to date, Ghostbusters, directed and produced by Reitman and starring Murray, Sigourney Weaver, Dan Aykroyd, Harold Ramis, Ernie Hudson, Rick Moranis and Annie Potts. The film was a comedy smash, adding the catch phrase Who ya gonna call? to our cultural lexicon. Five years later, the stars reunited for the hit sequel, Ghostbusters II, also directed and produced by Reitman.

Reitman received an Emmy Award nomination for his work as an executive producer on the HBO telefilm The Late Shift. His other television credits include the Saturday morning cartoon series Beethoven, and the Emmy-nominated The Real Ghostbusters.

Away from the camera, Reitman, early in his career, produced the stage show Spellbound, which evolved into the long-running Broadway musical The Magic Show, starring Doug Henning. He later returned to Broadway to produce and direct the musical hit Merlin, also starring Henning, for which Reitman earned dual Tony Award nominations for Best Musical and Best Director.

2. In Search of Tomorrow

4. Cleanin' Up the Town: Remembering Ghostbusters

TrekMedic voted for an image 9 months, 3 weeks ago

Stehako added this to a list 4 years, 5 months ago

Kandi voted for an image 5 years, 3 months ago