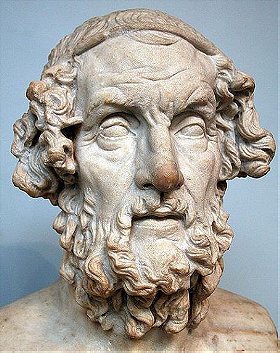 41 votes
Authors in the Dictionary (26 items)
list by tartan_skirt
Published 12 years, 9 months ago 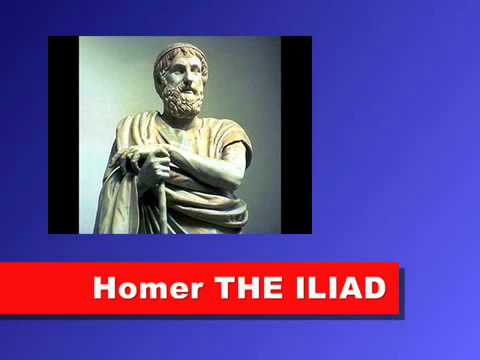 Whether and when he lived is unknown. Herodotus estimates that Homer lived 400 years before his own time, which would place him at around 850 BCE. Pseudo-Herodotus estimates that he was born 622 years before Xerxes I placed a pontoon bridge over the Hellespont in 480 BCE, which would place him at 1102 BCE, 168 years after the fall of Troy in 1270 BCE. These two end points are 252 years apart, representative of the differences in dates given by the other sources.

The importance of Homer to the ancient Greeks is described in Plato's Republic, which portrays him as the protos didaskalos, "first teacher", of the tragedians, the hegemon paideias, "leader of Greek culture", and the ten Hellada pepaideukon, "teacher of [all] Greece". Homer's works, which are about fifty percent speeches, provided models in persuasive speaking and writing that were emulated throughout the ancient and medieval Greek worlds.[5] Fragments of Homer account for nearly half of all identifiable Greek literary papyrus finds in Egypt ... (more) (less)
Tags: Greek (5), Ancient (3), Poet (3), Author (2), European (1)
My tags:

4. The Odyssey of Homer (Classics Club)

5. In the Footsteps of Alexander the Great
View all Homer tv (3 more)

4. In the Footsteps of Alexander the Great

unicornsugar added this to a list 2 years, 10 months ago

vadeboncoeur added this to a list 5 years, 5 months ago
My favorite writers (156 person items)

moviebuff added this to a list 5 years, 9 months ago
Most Influential Arthurs Of All Times (39 person items)

cudion added this to a list 5 years, 10 months ago
Most read these authors (35 person items)