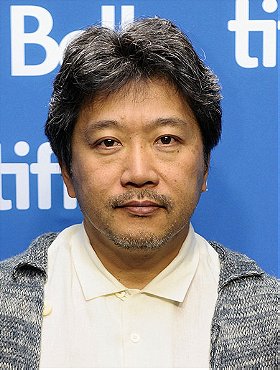 27 votes
My favorite film of my favorite directors (215 items)
list by Rath
Published 7 years, 9 months ago

View all Hirokazu Koreeda pictures
Born in Tokyo in 1962. Originally intended to be a novelist, but after graduating from Waseda University in 1987 went on to become an assistant director at T.V. Man Union. Snuck off set to film _Lessons from a Calf (1991)_. His first feature, Maborosi (1995), based on a Teru Miyamoto novel and drawn from his own experiences while filming _August Without Him (1994)_, won jury prizes at Venice and Chicago. The main themes of his oeuvre include memory, loss, death and the intersection of documentary and fictive narratives.
Tags: Japanese (1), Director (1)
My tags:

3. The Makanai: Cooking for the Maiko House

1. The Makanai: Cooking for the Maiko House

Zinedine5Zidane added this to a list 2 months, 1 week ago

InTheWitheringWind added this to a list 5 years, 8 months ago
Favorite Person (111 person items)