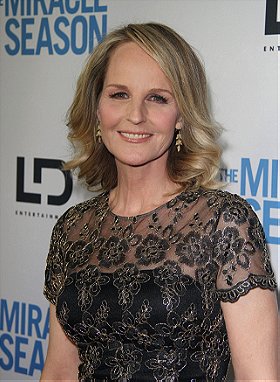 266 votes
They could be siblings (100 items)
list by Darthmasco
Published 11 years, 3 months ago 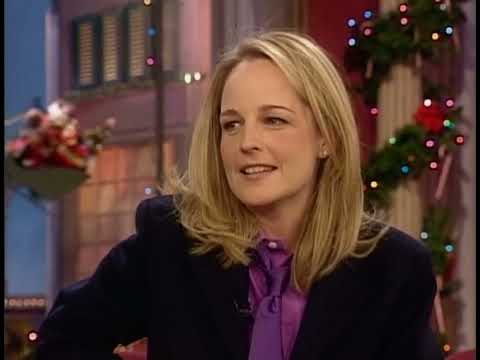 While she had been appearing in films as early as Rollercoaster in 1977, Hunt was never groomed as a star player, and it is possible that her resemblance to another child actress, Jodie Foster, held her back from more important roles.

After taking on her first adult role in the 1982 sitcom It Takes Two, Hunt's film assignments improved, with sizable roles in Girls Just Want to Have Fun (1985), Peggy Sue Got Married (1986), Project X (1987), Next of Kin (1989), and The Waterdance (1991). She also gained a small measure of cult status by appearing in a brace of science fiction films, including Trancers II (1991) and Trancers III (1992). That same year, Hunt landed her longest-lasting acting assignment to date, as the co-star of the Paul Reiser-created comedy series Mad About You. During the show's seven-year run, she won both Emmy and Golden Globe awards for her portrayal of Jamie Buchman. In 1996, Hunt had her most successful film role to date in the blockbuster Twister. The following year, she topped that when she received a Best Actress Oscar for playing a caring waitress and single mother who befriends acerbic, obsessive-compulsive author Melvin Udall (Jack Nicholson, who also won an Oscar for his performance) in As Good As It Gets. After Mad About You ended in 1999, Hunt appeared in films by several veteran directors, including Robert Zemeckis (Cast Away [2000]), Robert Altman (Dr. T and The Women [2000]), and Woody Allen (The Curse of the Jade Scorpion [2001]). She starred in Life x 3 on Broadway in 2003.

In 2005, Hunt joined the star-studded cast of HBO's two-part miniseries Empire Falls in the role of Janine, ex-wife of Miles (Ed Harris), the story's central character. The actress made her feature directorial debut in Then She Found Me (for which Hunt also starred, produced, and wrote the screenplay), an adaptation of Elinore Lipman's best-selling novel of the same name. The story follows a Philadelphia schoolteacher (Hunt) whose long-lost birth mother (Bette Miller) reappears at just as her daughter is careening into a midlife crisis. Hunt played a supportive mother in Soul Surfer (2011), an inspirational drama based on the true tale of a surfer who returned to the sport after tragically losing an arm. In 2012 she played a sex surrogate helping a man in an iron lung lose his virginity for director Ben Lewin in The Sessions, a part that earned her rave reviews and an Academy Award nomination for Best Supporting Actress.

Studied acting as a child with her father, director Gordon Hunt.

Made screen debut at 10 in the TV-movie Pioneer Woman.

Received the ShoWest Actress of the Year award in 1997.

Became the first woman to win an Oscar, a Golden Globe and an Emmy for acting in the same year (1997).

Received American Comedy Award for Funniest Female Performer in a Motion Picture for As Good As It Gets in 1998.

Did a guest voice on The Simpsons in 1998 as Moe's girlfriend, Renee. The voice of Moe is then-boyfriend Hank Azaria.

5. Mad About You
View all Helen Hunt TV

5. This Is Us
View all Helen Hunt TV

Sparky The Barbarian voted for an image 4 months, 2 weeks ago

yellowhair posted a video 5 months ago

rets 13 posted a image 6 months ago

emberlin voted for an image 7 months, 4 weeks ago

amorginos voted for 3 images 1 year ago

Peco added this to a list 1 year, 2 months ago
Estadounidenses (626 beauty items)

Madinina voted for an image 1 year, 9 months ago

ROADKILL41 voted for an image 1 year, 9 months ago

yellowhair voted for an image 2 years, 9 months ago

danielistal added this to a list 2 years, 9 months ago
Favorite Person (535 person items)

groovymusicman voted for an image 2 years, 11 months ago

Lar Miles voted for an image 3 years, 2 months ago

Magdalena added this to a list 3 years, 4 months ago
Actresses (older) (553 person items)