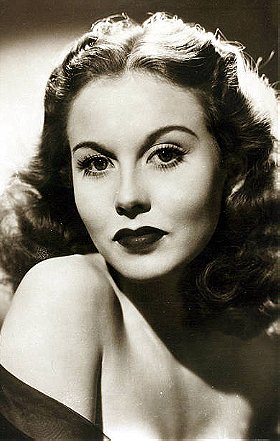 Hazel Court wanted to act in comedy films, and from 1957 to 1958 she was in the TV comedy series Dick and the Duchess. But she continued to appear in horror movies. In 1957 she had a part in the film The Curse of Frankenstein, where she gained the status of a "cult siren," partly due to her display of cleavage. In the 1957-1958 television season, she appeared in the CBS sitcom filmed in England, Dick and the Duchess, in the role of Jane Starrett, a patrician Englishwoman married to an American insurance claims investigator living in London, a role played by Patrick O'Neal. Court travelled back and forth between Hollywood and England, appearing in four episodes of Alfred Hitchcock Presents. She had parts in A Woman of Mystery (1958) and The Man Who Could Cheat Death (1959) among others.

Kendraatje voted for an image 9 months, 3 weeks ago

mychaloh voted for 9 images [View All] 3 years, 7 months ago

michealoh voted for 8 images [View All] 4 years ago

Kitscho voted for 9 images [View All] 4 years, 1 month ago

Holy Godiva added this to a list 4 years, 5 months ago

michealoh voted for 7 images [View All] 4 years, 5 months ago