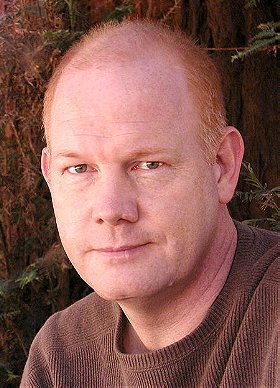 Morshower was born in Dallas, Texas on April 24, 1959, and took up acting at the age of 12 at the Dallas Theater Center. At age 15 he began doing television commercials and moved into the feature film world at age 16, starring in the movie Drive-In. After graduating from Hillcrest High School in 1977, Glenn moved to Hollywood. He married his high school sweetheart Carolyn in 1978. Together they have two grown children. Over the years, he has appeared in small roles in high profile blockbusters, often playing characters who are in the military or law enforcement.

Morshower has guest-starred on many TV series, including Charmed, The Dukes of Hazzard, Matlock, The West Wing, Quantum Leap, Star Trek: The Next Generation, NYPD Blue, The X-Files, Millennium, Babylon 5, Star Trek: Voyager, King of the Hill, Buffy the Vampire Slayer, The Secret World of Alex Mack, JAG, Alias, Star Trek: Enterprise, Crossing Jordan, Deadwood, ER, NCIS, The Closer, Bones, Full House, Trauma, Criminal Minds, Dollhouse, Friday Night Lights and 24. It has been noted that Glenn's persona is that of a strong disciplined protective role, such as military, secret service or police man, which many of his roles are.

In addition to making guest appearances on three Star Trek series, he also had a small part in Star Trek Generations. Morshower has had recurring roles on The West Wing and CSI: Crime Scene Investigation, voiced "Overlord" and Agent G in the video games Call of Duty: Modern Warfare 2 and Battlefield 3, respectively.

Morshower appeared on an episode of World Poker Tour on May 5, 2008. He finished 6th place. He also is appearing in a film titled Walking Distance as Mr. Anderson. The film was released in 2011, it was written and directed by Mel House.

"The Extra Mile" is a series of performances which are written and performed by Glenn Morshower. The program is a combination of motivation speaking, story telling, dramatic and comedic performance, acting instruction, and life coaching. Thousands, including a good number of celebrities, have attended these events across the US. ... (more) (less)
Tags: 24 (1), King Of The Hill (1)
My tags:

1. Women of the Movement