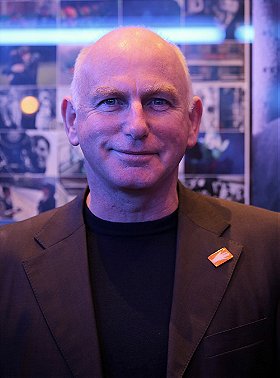 6 votes
Best Performances of the Past 50 Years (99 items)
list by moviebuff15
Published 9 years, 1 month ago

Born and raised in the tough Easterhouse area of Glasgow, Lewis has described in interviews the dichotomy of his upbringing: his parents stressed the value of education, yet his formal studies were left wanting. When he left school, he lacked a sense of purpose, taking a job as a road-sweeper to earn a living. Later, Lewis found employment in the local library. Encouraged by his brother, an English teacher at a Glasgow secondary school (Stonelaw High School), he read voraciously and thought about pursuing a career as an actor.

Although he had pursued amateur theatrics, Lewis was 32 when he committed to acting, joining Robert Carlyle's newly formed Raindog Theatre. His career received a boost when he was befriended by actor-director Peter Mullan whom he met at a socialist lecture.

Mullan hired Lewis for a role in the short Close which began filming in 1991 but took some three years to complete. By that time, both actors had appeared in Shallow Grave (1994). Lewis went on to act in Mullan's subsequent shorts Good Day for the Bad Guys (1995) and the award-winning Fridge (1996).

Lewis joined director Kenneth Loach's unofficial stock company lending support to his two mentors in separate films: with Carlyle, he co-starred in Carla's Song (1996), while he played a recovering alcoholic alongside Mullan in My Name Is Joe (1998). In between, Mullan cast him as the over-righteous, somewhat dimwitted elder sibling Thomas in Orphans (1998), an examination of a dysfunctional family. He went on to co-star with Max Beesley in The Match (1999; released on video in USA in 2001) before landing his international breakthrough part as the father of a young boy who wants to become a ballet dancer in Billy Elliot (2000). Lewis delivered a multi-layered turn as a man coping with grief over the death of his wife, a violent strike that threatens his livelihood and the struggles of raising two sons. The actor rounded out his banner year teaming with Irish actor Sean McGinley in What Where, a 12-minute short film of Samuel Beckett's play, and supporting Michael Caine as a boxing coach who may or may not have been involved in a murder in Shiner (screened at the San Sebastian Film Festival).

In 2008, Lewis starred in the film Ecstasy based on The Undefeated from Irvine Welsh's best-selling novel Ecstasy: Three Tales of Chemical Romance.

Lewis starred in British comedy Three and Out released on 25 April 2008.

Lewis has appeared in the Scottish comedy Rab C Nesbitt and the criminal drama shows Taggart and Prime Suspect: the Final Act.

In 2010 Lewis appeared as Adam Ingram in the Channel 4 drama Mo a biopic of former Secretary of State for Northern Ireland Mo Mowlam, a role that saw him nominated for a BAFTA Television Award in the category of Best Supporting Actor.

In December 2011, Lewis appeared in the BBC min-series "Young James Herriot", in the role of Professor Quinton Gunnel.