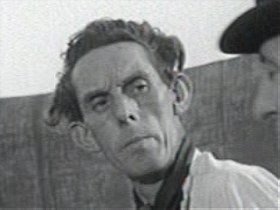 Fred has appeared in a wide range of TV shows including Danger Man (1960), Gideon C.I.D. (1964), The Professionals (1977), The Baron (1966), and Gone to Seed (1992) and also due to his distinctive, emaciated appearance, he has appeared as a character performer of motion pictures also seen on film and television; often seen in horror productions.

Due to his long period in both film and television he has worked at many of Britain's earliest and greatest film studios including Greenpark Productions, Gainsborough, Bray, Denham, Elstree, Shepperton, Ealing, and Pinewood.

Fred along with many of his colleagues past and present also worked with a large number of our greatest directors and leading actors and actresses of the period including Ken Annakin, Alfred Hitchcock, Albert Finney, John Boulting, Michael Winner, Terry Gilliam, George Lucas, Richard Attenborough, and Stanley Kubrick.

4. The Man in the Iron Mask

4. The Man in the Iron Mask

Shaun posted a image 3 months ago