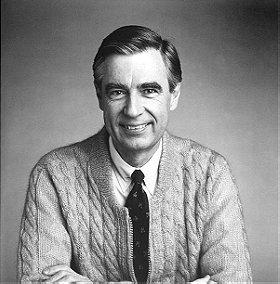 Mister Rogers defending PBS to the US Senate 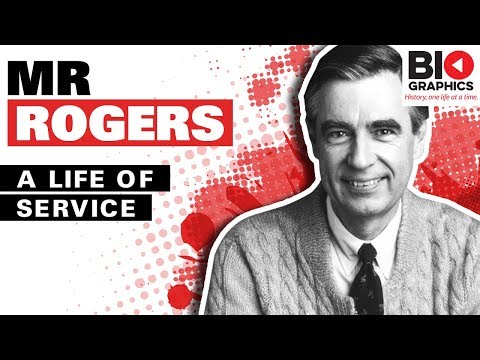 3 votes
View all Fred Rogers pictures
Fred Rogers was the host of the popular long-running public television children's show Mister Rogers' Neighborhood. The show debuted in Pittsburgh in 1967 and was picked up by PBS the next year, becoming a staple of public TV stations around the United States. Rogers' mild manner, cardigan sweaters and soft speaking voice made him both widely beloved and widely parodied. Rogers ended production of the show in 2001, but reruns of the show continued to be aired on many PBS stations. He died in 2003 after a short battle with stomach cancer.
Tags: Born 1928 (2), Died 2003 (2), American (1), Eccentric (1), Ivy League (1), Minister (1), Color Blind (1), Pisces (1), Died Aged 74 (1), Dartmouth College (1), Born In Pennsylvania (1), Gentle And Caring Personality (1), Dartmouth (1), Medically Rejected For Military Service (1), Hollywood Liberal (1)
My tags:

5. Mister Rogers: It's You I Like
View all Fred Rogers movies

1. The World According to Mister Rogers: Important Things to Remember (2003)

2. Life's Journeys According to Mister Rogers: Things to Remember Along the Way (2005)

1. Life's Journeys According to Mister Rogers: Things to Remember Along the Way (2005)

2. The World According to Mister Rogers: Important Things to Remember (2003)

Agent Kermit D. Fonz added this to a list 1 week, 3 days ago
Gone, but not forgotten (1469 person items)

Rylvan posted a video 2 years ago

SwornShadow added this to a list 6 years, 2 months ago
America's Sweethearts (33 person items)

moviebuff voted for an image 6 years, 2 months ago