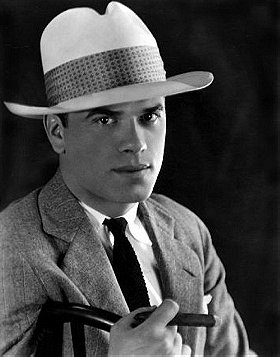 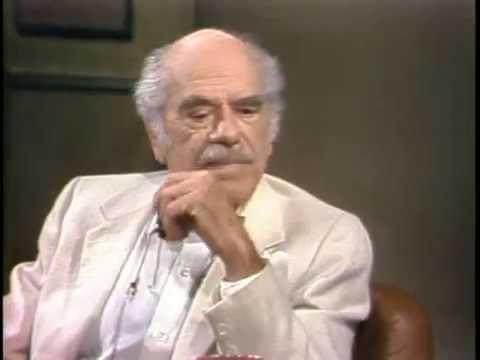 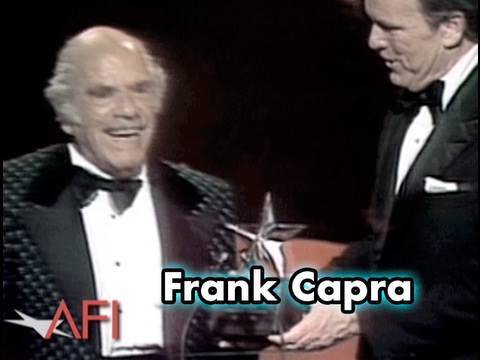 Born in Bisacquino, Sicily (Italy), Capra moved with his family to America in 1903, settling in Los Angeles, where he graduated from Throop College of Technology (later CalTech). In 1930 Capra went to work for Mack Sennett and then Columbia where he formed a close association with (writer) Robert Riskin and (cameraman) Joseph MacDonald, although in 1940 Sidney Buchman replaced Riskin as writer.

After the Oscar winning romantic comedy It Happened One Night he produced a steady stream of films intended to be inspirational and humanitarian - the three best known are Mr. Deeds Goes To Town, Mr. Smith Goes to Washington and It's a Wonderful Life.

Between 1942 and 1948 (when he produced State of the Union) Capra also directed or co-directed eight war documentaries including Prelude to War (1942), The Nazis Strike (1942), The Battle of Britain (1943), Divide and Conquer (1943), Know Your Enemy (1945), Tunisian Victory (1945) and Two Down and One to Go (1945). His work for the Why We Fight series at this time is widely considered a masterpiece of propaganda, surpassed only by Leni Riefenstahl's Triumph of the Will: Capra was faced with the task of convincing an isolationist nation of the need to become involved in the war, desegregate the troops, and ally with the Russians, among other things.

Capra's film It's a Wonderful Life was the first film for Jimmy Stewart after his service in World War Two. The film is often shown on television on Christmas Day, and taken as a sacharine valentine to traditional America. It is much more than that: a look at the pettiness, incompetence and bullying of small-town life. It is also an almost frightening portrait of a depressive man (played by Jimmy Stewart) with suicidal wishes. The fact that that tone is ignored in the public perception speaks to Capra's talent in creating this dismal story, then throwing the hero into an alternative world nightmare and shattering it with a blast of pure joy and love at the end.

In 1971, Capra published his autobiography, The Name Above the Title. Thought unreliable in its details, it offers a compelling self-portrait.

Capra was also the subject of a 1991 biography by Joseph McBride entitled Frank Capra: The Catastrophe of Success. McBride corrects many of the impressions left by Capra's autobiography.

2. It Happened One Night

2. It Happened One Night

1. It Happened One Night

1. It Happened One Night

4. The Strange Case of the Cosmic Rays

3. The Strange Case of the Cosmic Rays

2. The Strange Case of the Cosmic Rays

"Must-See Movies Platinum Blonde Lady for a Day It Happened One Night Mr. Deeds Goes to Town Lost Horizon You Can’t Take It with You Mr. Smith Goes to Washington It’s a Wonderful Life State of the Union"

Maria Farioli voted for an image 2 months, 1 week ago

Bullying voted for 13 images [View All] 4 years, 5 months ago

ElWilliams voted for an image 4 years, 9 months ago

"Wanted to make a film about the life of Saint Paul with Frank Sinatra in the title role Wanted to make "Soviet", a film about an American engineer building a dam in Russia. It was to star Clark Gable, Joan Crawford, Marie Dressler and Wallace Beery, but the production was cancelled. "

CD Smiles added this to a list 5 years, 4 months ago
Big Directors I Still Ain't Seen Shit From (62 person items)

Bruce Wayne added this to a list 5 years, 10 months ago
Influences (129 person items)

darthjoker12 added this to a list 6 years, 7 months ago