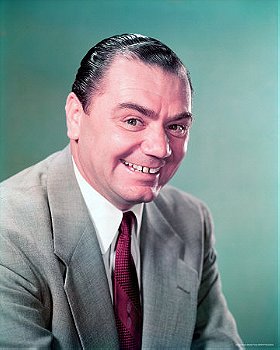 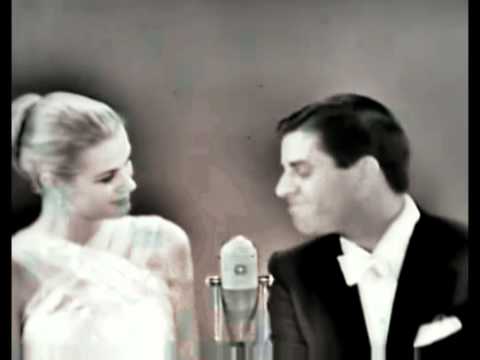 Ernest Borgnine winning the Oscar® for Best Actor for "Marty"

His parents separated when he was two years old, and he and his mother went to live in Italy. By 1923, his parents had reconciled, and the family name was changed from Borgnino to Borgnine. The family had settled in North Haven, Connecticut, where he attended public schools. His mother also had the passion to develop her own style of dance.[citation needed] Anna gave her son a lot of moral support and he stood closely by her at all times.

In a British Film Institute interview about his life and career, Borgnine said of the war:
After World War II we wanted no more part in war. I didn't even want to be a boy-scout. I went home and said that I was through with the Navy and so now, what do we do? So I went home to mother, and after a few weeks of patting on the back and, 'You did good,' and everything else, one day she said, 'Well?' like mothers do. Which meant, 'Alright, you gonna get a job or what?'

After the war was over he returned to his parents' home with no job and no direction. Since he wasn't willing to settle for a dead-end job at one of the factories, his mother encouraged him to pursue a more glamorous profession and suggested that his personality would be well-suited for the stage. He surprised his mother by taking the suggestion to heart, although his father was far from enthusiastic. After graduation, he auditioned and was accepted to the Barter Theatre in Abingdon, Virginia, so-called for its audiences bartering their produce for admission during the Great Depression. In 1947, he landed his first stage role in State of the Union. Although it was a short role, he won over the audience. His next role was as the Gentleman Caller in Tennessee Williams' The Glass Menagerie. In 1949, he had his Broadway debut in the role of a nurse in the play Harvey. More roles on stage led him to being a decades-long character actor.
In 1951, he moved to Los Angeles, California, where he eventually received his big break in From Here to Eternity (1953), playing the cruel Sergeant "Fatso" Judson in charge of the stockade, who taunts fellow soldier Angelo Maggio (played by Frank Sinatra). Borgnine built a reputation as a dependable character actor and appeared in early film roles as villains, including movies like Johnny Guitar, Vera Cruz and Bad Day at Black Rock. But in 1955, the actor starred as a warm-hearted butcher in Marty, the film version of the television play of the same name, which gained him an Academy Award for Best Actor over Frank Sinatra and former Best Actors Spencer Tracy and James Cagney.

Borgnine's film career continued successfully through the 1960s, 1970s and the 1980s, including The Vikings, The Flight of the Phoenix, The Dirty Dozen, Ice Station Zebra, The Poseidon Adventure, The Black Hole and Escape from New York. One of his most famous roles became that of Dutch, a member of The Wild Bunch in the 1969 Western classic from director Sam Peckinpah.
Of his role in 'The Wild Bunch', he later said, 'I did [think it was a moral film]. Because to me, every picture should have some kind of a moral to it. I feel that when we used to watch old pictures, as we still do I'm sure, the bad guys always got it in the end and the good guys always won out. Today it's a little different. Today it seems that the bad guys are getting the good end of it. There was always a moral in our story.

Borgnine made his TV debut as a character actor in Captain Video and His Video Rangers, beginning in 1951. These two episodes led to countless other television roles that Borgnine would gain in Goodyear Television Playhouse, Short Short Dramas, The Ford Television Theatre, Waterfront, The Lone Wolf, Fireside Theatre, The O. Henry Playhouse, Frontier Justice, Laramie, The Blue Angels, Bob Hope Presents the Chrysler Theatre, Run for Your Life, Little House on the Prairie's two-part episode - "The Lord is My Shepherd", The Love Boat, Magnum, P.I., Highway to Heaven with old friend Michael Landon, Murder, She Wrote, Walker, Texas Ranger, Touched by an Angel and the final episodes of ER, among many others.
In 2009, at the age of 92, Borgnine earned an Emmy nomination for his performances in the final two episodes of the long-running NBC medical series ER.

In 1962, Borgnine joined the ranks of other sitcom stars such as John Forsythe, Andy Griffith, Danny Thomas, Alan Young, Fred MacMurray and Buddy Ebsen. That same year he signed a contract with Universal Studios for the lead role as the gruff but lovable skipper Lieutenant Commander Quinton McHale in what began as a serious one-hour 1962 episode called Seven Against the Sea for Alcoa Premiere. Just like the McHale character, Borgnine was a longtime navy man in real life. It later was reworked to comedy and became McHale's Navy, a World War II sitcom that co-starred two formerly unknown comedians/actors, the late Joe Flynn as Capt. Wallace B. Binghamton and Tim Conway as Ensign Charles Parker. Both of them got along very well with Borgnine, especially Conway. The insubordinate crew of PT-73 helped the show become an overnight success during its first season, although it did not land in the Top 30 until 1963, when it tied with Hazel in the ratings. Borgnine thrived on the adulation from fans for their favorite Navy man. He received an Emmy nomination for Outstanding Lead Actor in a Comedy Series in 1963. At the end of the fourth season in 1966 low ratings and repetitive story lines brought McHale's Navy to an end. Borgnine was not happy about the show’s cancellation and was concerned about what television role he might play in the future. He also starred in the 1964 film version of the series and later appeared in a cameo performance in the 1997 remake.

Borgnine returned to a new contract with Universal Studios in 1983, for a co-starring role opposite Jan-Michael Vincent, on Airwolf. After he was approached by producer Donald P. Bellisario, who had been impressed by Borgnine's guest role as a wrestler in a 1982 episode of Magnum, P.I., he immediately agreed. He played Dominic Santini, a helicopter pilot, in the series which became an immediate hit. Borgnine's strong performances belied his exhaustion due to the grueling production schedule, and the challenges of working with his younger, troubled series lead. The show was cancelled by CBS in 1986.

He auditioned a third time for a co-starring role opposite Jonathan Silverman in The Single Guy as doorman Manny Cordoba, which lasted two seasons. According to Silverman, Borgnine would come to work with more energy and passion than all other stars combined. He was the first person to arrive on the set every day and the last to leave.
[edit]Other activities

Also in 1996, Borgnine toured the US on a bus to meet his fans and see the country. The trip was the subject of a 1997 documentary, Ernest Borgnine on the Bus. He also served one year as the Chairman of the National Salute to Hospitalized Veterans, visiting patients in many Department of Veterans Affairs medical centers.
Borgnine is a Freemason in Hollywood Lodge No. 355, and a 33rd° Scottish Rite Mason in the Southern Masonic Jurisdiction. He is also a member of the Loyal Order of Moose at that organization's Lodge in Junction City, OR.[citation needed]
Borgnine has volunteered to be Stories of Service National spokesman, urging his fellow World War II vets to come forward and share their stories.

Since 1999, Borgnine has provided his voice talent to the animated sitcom SpongeBob SquarePants as the elderly superhero Mermaid Man (where he is once again paired up with his McHale's Navy co-star Tim Conway as the voice of Mermaid Man's sidekick Barnacle Boy). He has expressed affection for this role, in no small part for its popularity among children. Borgnine also appears as himself in The Simpsons episode "Boy-Scoutz 'n the Hood", in addition to a number of television commercials. In 2000, he was the executive producer of Hoover, in which he is the only credited actor.
In 2007, 90-year-old Borgnine starred in the Hallmark original film A Grandpa for Christmas. He played a man who, after his estranged daughter is in a car accident, discovers that he has a granddaughter he never knew about. She is taken into his care, and they soon become great friends. Borgnine received a Golden Globe nomination for Best Actor in a Mini-Series or Motion Picture made for Television for his performance. At 90, he was the oldest Golden Globe nominee ever.
On April 2, 2009, Borgnine starred in the last episode of the long-running medical series ER. His role was that of a husband whose long marriage ended with his wife's death. In his final scene, Borgnine's character is in a hospital bed lying beside his just-deceased wife. His performance garnered an Emmy nomination for Outstanding Guest Actor in a Drama Series, his third nomination and his first in 29 years (since being nominated for Outstanding Supporting Actor in a Limited Series or a Special in 1980 for All Quiet on the Western Front).

In 2009, at age 92, he was the main character in Another Harvest Moon, directed by Greg Swartz and also starring Piper Laurie and Anne Meara. On October 2, 2010, Borgnine appeared as himself in a sketch on Saturday Night Live. On October 15, 2010 he appeared in his latest movie, Red, which was filmed earlier that year.

Borgnine's autobiography Ernie was published by Citadel Press in July 2008. Ernie is a loose, conversational recollection of highlights from his acting career and notable events from his personal life.

In the wake of the book's publication, he began a small promotional tour, visiting independent bookstores in the Los Angeles area to promote the book's release and meet some of his fans

3. A Grandpa for Christmas

Ernest Borgnine winning the Oscar® for Best Actor for "Marty"

Oliver voted for an image 5 years ago

writer1 voted for an image 5 years, 10 months ago

hulkargh added this to a list 6 years, 3 months ago
Favorite Actors (42 person items)