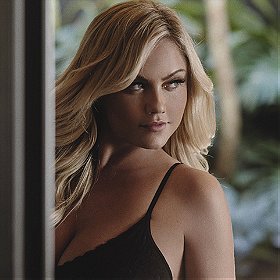 She joined the cast of a reality show based loosely on the Dutch Big Brother, dubbed Casa dos Artistas, in which famous people ("B" celebrities, in lieu of the usual anonymous participants) were locked together in a house and then gradually voted out.

It was on Casa dos Artistas that Ellen met her current fiancé, Brazilian actor Ricardo Macchi. The couple started dating while locked in the house and got engaged on 2007, on Bariloche, Argentina.

meouchagainnn voted for an image 2 months, 2 weeks ago

boogiepop1989 posted a image 12 months ago

SomeBloke voted for an image 1 year, 5 months ago

dume2a voted for an image 2 years, 1 month ago

MagiCARp added this to a list 2 years, 3 months ago
Dreamy Blondes (192 person items)

djjetz added this to a list 2 years, 3 months ago
BRAZIL'S HOTTEST (137 beauty items)

dasleandro voted for 4 images 4 years ago

jojoba voted for an image 4 years, 4 months ago