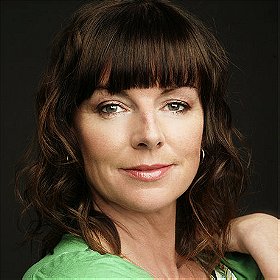 In 1999 Doon and four other young women struck gold with their off-the-wall and innovative comedy sketch show "Smack the Pony". The show became an instant hit, constantly winning the notorious Friday night viewing figures battles against such established shows as "Have I Got News For You". The comedy show even gained respect from highbrow TV award ceremonies as "The B.A.F.T.A's" and won several awards. In early 2003, as part of Comic Relief, the BBC launched a celebrity edition of their hit programme "Fame Academy" and Doon was on hand to provide entertainment and money for the charity. She was a great success on the show, and survived several evictions before, unfortunately, being voted out before the finale. There are whisperings about a third series of "Smack the Pony" although nothing has been either confirmed of denied by Channel 4. ... (more) (less)
Tags: Comedian (1), British (1), Scottish (1)
My tags:

Onion Jack added this to a list 3 years, 4 months ago

Holy Godiva added this to a list 3 years, 8 months ago

Onion Jack added this to a list 4 years, 4 months ago
The Lovely Ladies of British Television Comedy (50 tv items)