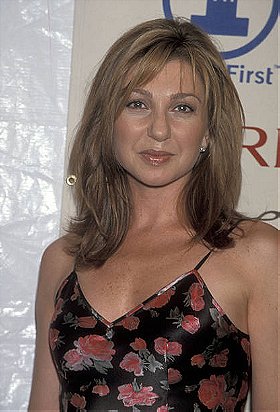 Work on and off Broadway followed, until in 1993 Murphy landed the greatest role of her career thus far. Picked by Stephen Sondheim to star in his musical Passion as Fosca, a bitter, consumptive woman caught up in unrequited longing for a handsome soldier, she earned stellar reviews and, ultimately, the 1994 Tony Award for Best Actress in a Musical. Now one of Broadway's most in-demand actresses, she went on to win yet another Tony in the same category, this one for her performance in the 1995 revival of The King and I.

In addition to her work on the stage, Murphy has also made a number of appearances on screens big and small, doing supporting work in such films as Star Trek: Insurrection (1998) and Nicholas Hytner's Center Stage (2000), the latter of which cast her as a demanding but ultimately warmhearted ballet teacher. The actress has also lent her talents to a host of TV shows, including Law & Order and The Practice.

Asked for voice lessons at age 3 and put on shows around Hauppauge, Long Island where her family lived.

Took a leave of absence during her sophomore year of college to make her Broadway debut as an understudy in the 1979 musical They're Playing Our Song.

Originated the role of Fosca in the premiere Broadway run of Stephen Sondheim's Passion in 1994.

As she was experiencing throat issues when asked to record additional vocals, her stepdaughter provided the 10-15 second scream for her character's death in Spider-Man 2.

Alternated the lead role of Dolly Levi with Bette Midler in the 2017 Broadway revival of Hello, Dolly!

logymw added this to a list 2 years, 7 months ago
Gorgeous Singers (221 person items)

logymw added this to a list 2 years, 7 months ago
Gorgeous Actresses (1454 person items)

darthjoker12 added this to a list 4 years, 1 month ago