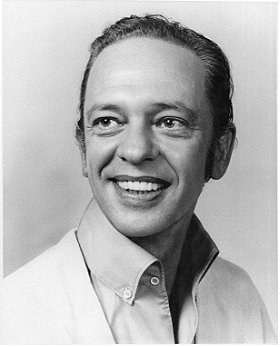 26 votes
People I would like to meet. Living and Dead (148 items)
list by SwornShadow
Published 11 years, 1 month ago 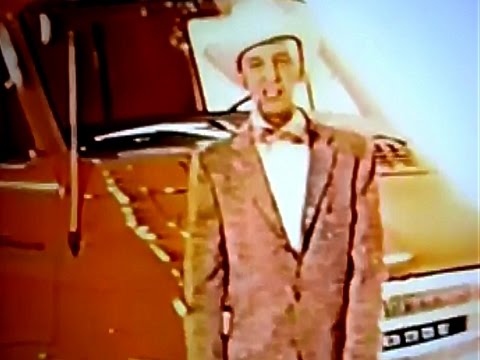 His first stint as an entertainer was as a ventriloquist, performing paid gigs at parties and other events in Morganstown. He decided to make a stab at a career in show business, moving to New York City after graduating from high school, but he only lasted in the Big Apple for a few weeks. He decided to go to college, enrolling at West Virginia University but, when World War II engulfed America, he enlisted in the army. The 19-year-old soldier was assigned to the Special Services Branch, where he entertained the troops. It was while in the army that Don ditched ventriloquism for straight comedy.

Don returned to West Virginia University after being demobilized. After graduating with a degree in theater in 1948, he married and moved back to New York, where connections he had made while in the Special Services Branch helped him break into show business. In addition to doing stand-up comedy at clubs, he appeared on the radio, eventually playing the character "Windy Wales" on "The Bobby Benson Show". From 1953 to 1955, he was a regular on the soap opera "Search for Tomorrow" (1951). Destiny intervened when he was cast in the small role of the psychiatrist in the Broadway play "No Time For Sergeants", which starred Andy Griffith, who would play a large part in Don's future career. Don also appeared in the film adaption of the play with Griffith.

Don's big break before he hooked up again with Andy Griffith was a regular gig on the "The Steve Allen Plymouth Show" (1956) hosted by Steve Allen, starting in 1956. He became well-known for his "nervous man" shtick in the "Man-on-the-Street" segments that were a staple of Allen's show. His character in the segments was a very nervous man obviously uptight about being interviewed on camera. He developed this into the fidgety, high-strung persona that he used successfully for the rest of his career.

When "The Tonight Show" moved to Hollywood in 1959 with new host Jack Paar, Don also moved to California as a regular. However, he was soon cast in Andy Griffith's new TV series about a small-town sheriff, "The Andy Griffith Show" (1960), in the role that would make him a legend. For playing "Deputy Barney Fife", Don was nominated for an Emmy Award for Best Supporting Actor five times from 1961 to 1967, winning each time.

He soon tasted big-screen success, starring in The Incredible Mr. Limpet (1964). Don cut back his appearances on "The Andy Griffith Show" (1960) to concentrate on making movies after signing a five-year contract with Universal Pictures. For Universal, Don appeared in The Ghost and Mr. Chicken (1966), The Reluctant Astronaut (1967), The Shakiest Gun in the West (1968), The Love God? (1969) and How to Frame a Figg (1971). His mid-'60s popularity as a movie comedian began to wane towards the end of the decade, and the contract was not renewed. Don returned to TV as the star of his own variety show, but it was quickly canceled.

During the 1970s, Don had a spotty career, appearing in regional theater and making guest appearances on other TV shows. He eventually made some slapstick movies with Tim Conway for the Walt Disney Co., but it wasn't until the end of the decade that he tasted real success again. He was cast as would-be-swinger landlord "Ralph Furley" on the popular TV-sitcom "Three's Company" (1977) after the original landlords, "The Ropers", were spun off into their own series. Since the show was canceled in 1984, he appeared as "Barney Fife" for a 1986 reunion of "The Andy Griffith Show" (1960) and in TV guest spots, including a recurring gig as the pesky neighbor "Les Calhoun" on Griffith's "Matlock" (1986) series until 1992.

He remained busy for the next ten years touring with plays and doing voice-over work for cartoons. In 2005, Don provided the voice of "Mayor Turkey Lurkey" in Disney's animated film Chicken Little (2005). It turned out to be one of his final films. He died on February 24, 2006.

Was a Ventriloquist in his early years from out of High School and his doll was named, Danny.

Enlisted in the United States Army at age 19.

Is a member of the fraternity Phi Sigma Kappa.

Technically was an Army Reservist for one week. After being inducted for World War II service on June 14, 1943, was assigned to the Army Enlisted Reserve Corps on inactive duty. Reported for active duty one week later, on the 21st of June, and was transfered to active duty status in the Army of the United States.

Together with Tom Poston and Louis Nye, he did the recurring "Man on the Street" skits on "The Steve Allen Plymouth Show" (1956) television program.

Don was conceived after his parents had already raised other sons. His father had a nervous breakdown at the prospect of raising another child from birth.

Took an early job plucking chickens for a market when he was told he didn't have a future in acting.

He was the youngest of four brothers. His family life was troubled; Knotts' father twice threatened his mother with a knife and later spent time in mental hospitals, while older brother Earl - nicknamed "Shadow" because of his thinness - died of asthma in 1942 when Knotts was still a teenager.

Died on the same day and at the same age as Dennis Weaver.

Don ceased to be a regular on The Andy Griffith Show after 1965 because originally, the show's producers had intended to end the series after that year, still at a creative and popular peak. Knotts had already signed a multi-picture deal with Universal Studios when Griffith relented to network pressure and kept his show on the air for several more years. Don said later that he deeply regretted having to leave the show, but his film commitments prevented him from continuing as a cast regular.

Received a special tribute as part of the Annual Memorial tribute at The 79th Annual Academy Awards (2007) (TV).

His last television role was a guest appearance on the animated series Dave The Barbarian.

He was nominated for a 1973 Joseph Jefferson Award for Best Guest Artist for his performance in the play, "The Mind with the Dirty Man," at the Arlington Theatre in Chicago, Illinois.

Queen of Horror added this to a list 6 years, 4 months ago
Guests on The Muppet Show! (46 person items)