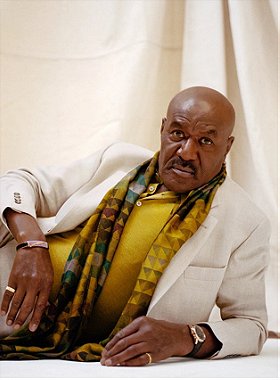 It was director Spike Lee who provided the boost Lindo's career needed, even though he had turned down a role in Do the Right Thing to act alongside Rutger Hauer and Joan Chen in the cult science fiction movie Salute of the Jugger (1990). Lee cast him as Woody Carmichael in the drama Crooklyn (1994). Other films in which he has starring roles are Barry Sonnenfeld's Get Shorty, Clockers, Ransom and Soul of the Game (1996) as the baseball player Satchel Paige. Many of the character actor's roles alternate between treacherous bad guys and trustworthy professionals. He continues to work in television and was most recently seen on the short-lived NBC drama Kidnapped.

He also guest-starred on The Simpsons in the episode "Brawl in the Family", playing a character named Gabriel that appears very similar to his character in A Life Less Ordinary (where Dan Hedaya played the angel Gabriel, and Lindo's boss). Homer believes Gabriel is an angel, which he repeatedly denies.

Lindo also had a small role in the 1995 gorilla-action film Congo playing the corrupt Captain Wanta. Wanta, a brusque man with a "big mouth" fond of sesame cake, must be bribed with "more" money (USD 50,000) in exchange for the release of the main characters, their truck, the gorilla Amy and ten military escorts to the Congo-Zaire border. Though Lindo's performance has achieved internet meme status he was actually uncredited in the role.

In the fall of 2008 Lindo revisited August Wilson's play Joe Turner's Come and Gone, this time directing a production of the play at the Berkeley Repertory Theatre in Berkeley, California; once more in 2010, he played the role of elderly seer Bynum in David Lan's production at the Young Vic Theatre in London. Lindo's association with Berkeley Rep began in 2007 when he directed Tanya Barfield's play The Blue Door.
... (more) (less)
Tags: British (4), Born 1952 (4), Black (3), Male (3), Actor (2), The Simpsons Guest (2), Born In November (1), November 18 (1), London England UK (1)
My tags:

2. Blood In, Blood Out: Bound by Honor

2. The Harder They Fall

Leo added this to a list 3 years, 10 months ago

"Congo The Core The One Gone in 60 Seconds"

Exclusive added this to a list 4 years, 6 months ago
My Favorite Actors: Delroy Lindo (19 movies items)