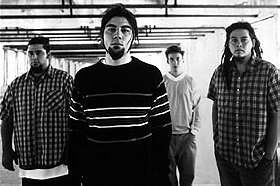 18 votes
A Listal user's guide to my music lists (25 items)
list by the giraffe
Published 11 years, 11 months ago 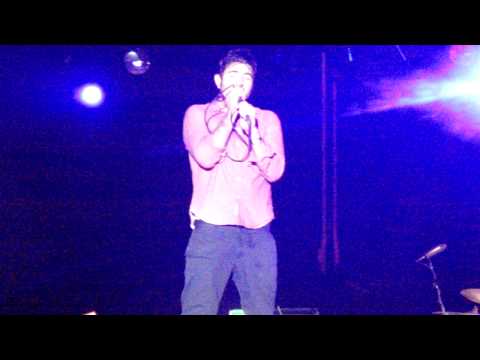 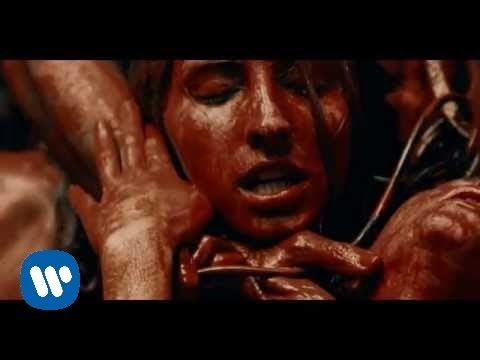 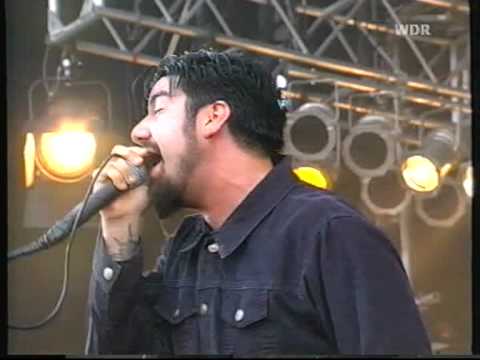 Around the Fur is Deftones' second major label album, released in 1997. The songs "My Own Summer (Shove It)" and "Be Quiet and Drive (Far Away)" were both released as singles with accompanying videos.
Around the Fur is the album that put Deftones at the forefront of the 1990s alternative metal scene, after the underground, fan-base building success of their major label debut, Adrenaline.
The song "Headup" features Max Cavalera of Soulfly. The song was written by Max and Chino as a way of venting some of their pain over the loss of Max's step son, and Chino's friend, Dana Wells. Soulfly is taken from a portmanteau invented for the song. It was also featured in the Tony Hawk's Pro Skater 3 (soundtrack). British alternative rock band Muse sometimes uses the riff to Headup as an outro to their song New Born during live performances.
Around the Fur is the first album to feature Frank Delgado as additional personnel, who would eventually join the band officially in 1999.
The album cover was shot by photographer Rick Kosick during a late-night party in Seattle where the band was recording.

White Pony is the third album by Deftones, released in 2000. It is the follow up to Around the Fur, which was released in 1997, and marks a significant growth in the band's sound; incorporating New Wave and shoegaze influences with the alternative metal edge the group had honed and become known for. To this end, it is generally regarded by fans and critics alike as their most mature outing.
The song "Passenger" features the guest vocals of Tool and A Perfect Circle vocalist Maynard James Keenan. The band won a Grammy Award for Best Metal Performance for the song "Elite" in 2001.[1]
A total of four different versions of the album exist. On its release date, limited edition copies were released with solid red and black jewel cases. The two different colored cases also featured different insert booklets. Both limited edition versions included the added track "The Boy's Republic", but did not include "Back to School (Mini Maggit)".
The first edition with a grey cover was supposed to be released as the non-limited version of the album. In addition, this version did not feature the track "Back to School". This is the proper version of the album (which was also pressed on clear red vinyl for a promotional run of about 1000 copies), and "Back to School" was only added as a marketing strategy; vocalist and contributing guitarist Chino Moreno has stated that he was not happy about it.

Deftones is the fourth album by Deftones. It was released on May 20, 2003 through Maverick Records.
Originally to be titled Lovers, singer Chino Moreno decided not to use this title because he thought of it as too obvious to the context of the album. The song "Lovers" does however exist on the UK single for "Hexagram" as a B-side. This album sold 167,000 copies in its first week of release in America[citation needed]and went on to sell over 500,000 copies in the U.S.[citation needed]
The album itself is quite eclectic, with songs spanning many different genres and ideas. The album had a much different feel from prior efforts, due in part to Frank Delgado leaving his turntables behind and instead playing keyboards and synthesizers. "Hexagram", "When Girls Telephone Boys", and "Bloody Cape" are extremely heavy songs that make extensive use of the band's low G# tuning. "Lucky You" is a dark trip hop-influenced piece featuring DJ Crook from Moreno's other band, Team Sleep. The mournful "Anniversary of an Uninteresting Event" features a grand piano and a toy piano. "Battle-axe" was featured in the Ghost Recon Advanced Warfighter 2 game.

Saturday Night Wrist is the fifth studio album by American rock band Deftones. The album was released on Maverick Records on October 31, 2006. Vocalist Chino Moreno explained the record's title is a reference to the nerve damage caused when an intoxicated person falls asleep on their arm, Moreno then followed along to this with stating that it's "when you're alone on Saturday nights and your only best friend is your shaking wrist...".

Diamond Eyes is the sixth album by American rock band Deftones, released worldwide on May 4, 2010 through Warner Bros. and Reprise Records. An album tentatively titled Eros was originally intended to be their sixth full-length release and follow up to Saturday Night Wrist (2006), but was not released due to bassist Chi Cheng entering a coma after a serious car accident that occurred in November 2008. The release of Eros was put on hold in favor of Diamond Eyes in June 2009. Former Quicksand bass player, Sergio Vega is featured on the album in substitution for Cheng.
Diamond Eyes was a critical and commercial success; obtaining a normalized score of 78 on review aggregator Metacritic, while achieving top 20 chartings on the Billboard 200, UK Albums Chart, and German Albums Chart. ... (more) (less)
Tags: Metal (2), Music (1), Hard Rock (1), Saw Live (1), Alternative Metal. Progressive (1)
My tags:

5. The Matrix Reloaded - The Album
View all Deftones music (54 more)

5. Deftones: Back to School (Mini Maggit)
View all Deftones movies

1. Deftones: Back to School (Mini Maggit)

rickterenzi voted for an image 2 years, 8 months ago

kathy voted for an image 3 years, 4 months ago

Ueno_Station54 added this to a list 4 years, 5 months ago

Plastikcat added this to a list 5 years, 1 month ago

"Change(in the house of flies)"