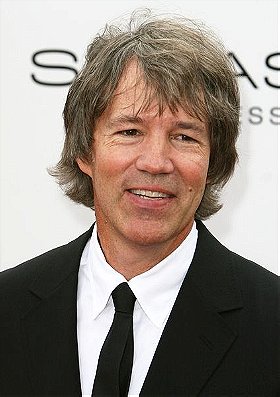 Born in 1956, in Waterville, Maine, famed television writer and producer David Edward Kelley majored in politics at Princeton University, where he also served as captain of the ice hockey team. His father coached the NHL's Hartford Whalers and later served as the president of the Pittsburgh Penguins. After graduating from Princeton in 1979, Kelley attended Boston University Law School, where he earned his J.D. in 1983. He worked at the Boston law firm of Fine & Ambrogne, mostly dealing with real estate and minor criminal cases.

But the energetic Kelley found practicing law somewhat boring, and in late 1983, he began writing a screenplay for a movie. He optioned the screenplay in 1986 and obtained an agent, who sent Kelley's script to Steven Bochco, a TV producer who was looking for legal-minded writers to work on his new drama series. Bochco met with Kelley and was so impressed that he hired the young lawyer as story editor of the new show, L.A. Law. Kelley took a leave of absence from his job at Fine & Ambrogne and moved to Los Angeles, California. ... (more) (less)
Tags: Producer (1), Screenwriter (1)
My tags:

4. E! Live from the Red Carpet

4. E! Live from the Red Carpet