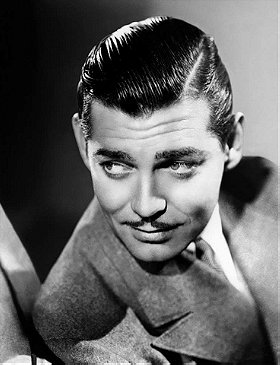 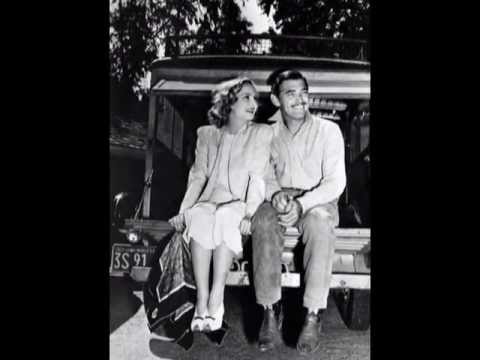 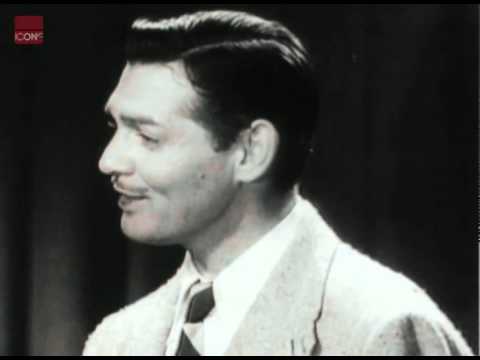 Clark Gable and Claudette Colbert at the 1935 Academy Awards 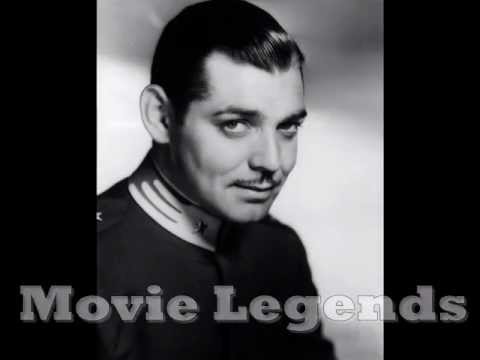 Gable won an Academy Award for Best Actor for It Happened One Night (1934), and was nominated for leading roles in Mutiny on the Bounty (1935) and for his, arguably best-known, role as Rhett Butler in the epic Gone with the Wind (1939).

Gable appeared opposite some of the most popular actresses of the time: Joan Crawford, who was his favorite actress to work with, was partnered with Gable in eight films; Myrna Loy worked with him seven times, and he was paired with Jean Harlow in six productions. He also starred with Lana Turner in four features, and with Norma Shearer and Ava Gardner in three each. Gable's final film, The Misfits (1961), united him with Marilyn Monroe (also in her last screen appearance). Gable is considered one of the most consistent box-office performers in history, appearing on Quigley Publishing's annual Top Ten Money Making Stars Poll sixteen times. He was named the seventh greatest male American screen legend by the American Film Institute. ... (more) (less)
Tags: Actor (6), Died 1960 (4), Born 1901 (4), American (4), Deceased (3), Male (3), Oscar Winner (3), Died Aged 59 (2), Died November 16 (2), Handsome (2), Most Beautiful Men On Earth (2), Star (2), Legend (2), Show Biz Republican (1), Combat Photographer (1), Coronary Thrombosis (1), Oscar Winning Actors In The Military (1), Aquarius (1)
My tags:

3. The Making of a Legend: Gone with the Wind

3. Thou Shalt Not: Sex, Sin and Censorship in Pre-Code Hollywood (2008

5. The Making of a Legend: Gone with the Wind
View all Clark Gable TV (20 more)

Dagobert added this to a list 6 months, 2 weeks ago

Agent Kermit D. Fonz added this to a list 10 months, 3 weeks ago