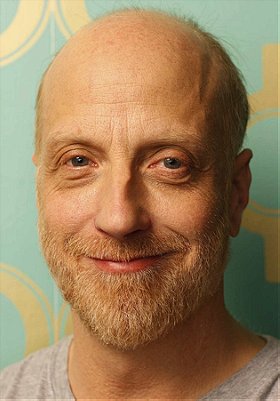 In 1986 Elliot starred in the Cinemax special FDR: A One Man Show, a spoof comedy about the life and times of the president. He looked and sounded nothing like the man; he portrayed events from Roosevelt's life that never happened, such as a Japanese bombing of the White House, and his crossing the Potomac in a rowboat. By the end of the show, he had performed Gallagher's shtick of smashing watermelons and other soft fruits on stage.

Many of Elliott's early film roles were as a supporting actor in non-comedies such as Michael Mann's Manhunter and James Cameron's The Abyss.

In 1990, Elliott created and starred in his own sitcom, which was called Get a Life, about a 30-year-old paperboy named Chris Peterson who lived at home with his parents. Elliott's real-life father, Bob Elliott, appeared in the show as Chris' father. The January 1999 issue of TV Guide called the "Zoo Animals on Wheels" episode the 19th funniest TV moment of all time.

In 1993, Elliott teamed up with producer Brad Hall and directed a series of critically acclaimed short films that Elliott showed when appearing on Late Show with David Letterman.

Elliott became a cast member of Saturday Night Live in 1994. Also that year, Elliott starred in his first movie—entitled Cabin Boy—which also featured a short appearance by Elliott's old boss, David Letterman, and was produced by Tim Burton. It was nominated for a Razzie Award for Worst New Star.

In 2007 Elliott began reappearing on the Late Show with David Letterman with fellow former Letterman writer Gerard Mulligan. On average, these bits appear once per month.

His other television credits include the chowder taster on Throwdown with Bobby Flay, airdate 09/02/09, and the voice of Dogbert on the short-run show Dilbert for UPN. He played a serial killer in the series Third Watch in episodes 5, "The Hunter, Hunted," and 6, "Greatest Detectives in the World" from season six. He played the role of Peter in the last three seasons of Everybody Loves Raymond and a role in a semi-autobiographical sitcom pilot for CBS, entitled You've Reached the Elliotts, playing a man who tries to balance a modest show business career with his home life. As well as multiple appearances on King of Queens Elliott made guest appearances on the Late Show, That '70s Show episode "2000 Light Years From Home", According to Jim and How I Met Your Mother in the 2009 Thanksgiving episode as Lily's (Alyson Hannigan) father.

5. FDR: A One Man Show
View all Chris Elliott tv

1. Into Hot Air: Another "Novel" by Chris Elliott

rose77 added this to a list 2 years, 1 month ago
My Favorite Celebrities in their 60s (82 person items)

rose77 added this to a list 6 years, 7 months ago
Favorite Celebrities Born in the Northeast (139 person items)