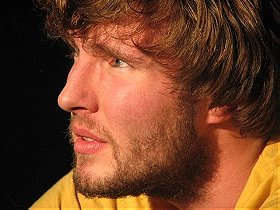 Graduated from Princeton University with a degree in English (and a Certificate in Theatre and Dance).

Cast as "Martin" in Tony-Award winning director Scott Ellis' rendition of Streamers which will be Off-Broadway late 2008.

5. Mostly Ghostly: Have You Met My Ghoulfriend? (2014)
View all Charlie Hewson movies (9 more)