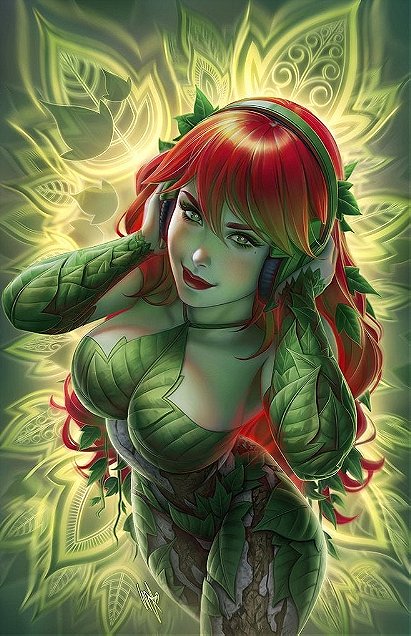 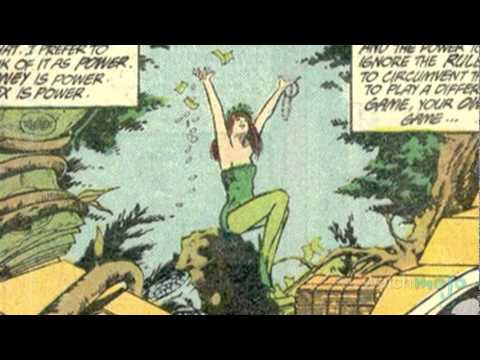 Poison Ivy is depicted as one of the world's most prominent eco-terrorists. She is obsessed with plants, botany, and environmentalism. She uses toxins from plants and mind controlling pheromones for her criminal activities, which are usually aimed at protecting the natural environment. Fellow villain Harley Quinn is her recurring partner-in-crime and possibly her only human friend. She is best known as a villain of Batman and plays an important role in his rogues gallery and has proven to be one of his more powerful foes, being one of the few Batman villains to display anything close to superpowers. Pamela Isley a.k.a. Poison Ivy has been portrayed as a love interest for Batman in some comics. In one comic, Ivy was robbing a charity gala Bruce Wayne was attending. Ivy's first kiss was poison, the second its antidote. When they first meet, Ivy's toxic lips planted a seed of toxic rapture in Bruce. But when she later kissed a dying Dark Knight, Ivy unknowingly cured her intended victim and established a budding romantic tension between them.

mightbedragons rated this 9/10 4 months ago

tailic12 voted for 2 images 9 months ago

Henny voted for 11 images [View All] 1 year ago

crazymetalhead added this to a list 1 year, 1 month ago
666GreatestFictionalVillains in abc order (2021) (511 characters items)

nicolee added this to a list 1 year, 8 months ago
Femme Fatales (10 characters items)

whalegaze added this to a list 2 years, 10 months ago
Waifus (5 characters items)

queenmary voted for 23 images [View All] 3 years, 3 months ago

cudion added this to a list 3 years, 4 months ago
They were contenders for these roles (447 person items)

Mikopoles voted for an image 3 years, 8 months ago

bandofsisters rated this 8/10 4 years ago

deadgirlrising rated this 9/10 4 years, 2 months ago